“So, they were essentially huffing the gods?” he says.

I nearly fall off our bed laughing.  I had been describing a ritual I attended to my partner, trying to explain why it didn’t quite work for me.  Most of the time other people’s rituals have the same effect.  Maybe I’m an incredibly picky Witch. (Ok, no maybe about that, I am very particular on certain things.)

Nor am I hating on other people’s rituals, because it’s quite clear to me that they’re getting something from it. (They must be right? Because otherwise why would they keep doing it? Actually, best not to ask that…) There’s definitely not just one way to do a thing, especially when the gods are concerned.

I can appreciate the effort and intent, but far too often, for me it’s like being on the other side of a lackluster sexual experience.  Someone got off, but it wasn’t me. That’s always frustrating and awkward.

But let me back up a bit, because you’re probably wondering WTF “huffing the gods” means. It’s derived from a saying that evolved during the last tour.  I was really missing our cats back at home, particularly after 1.5 weeks of no contact with any cats on our trip. I posted online that I desperately needed to huff some kittens.  People who have cats probably know exactly what I mean, but for those of you lacking felines in your life: cats have this amazing, warm smell to them, especially around their head. If you’re close to your cats like I am (my cat Sam lays on my chest every night, his face in mine), it’s a very comforting aroma that goes along with the wonder of a purring mass of warm fur.  (There’s also some great spoof pages on kitten huffing..)

The thing is, if the cat doesn’t have a relationship with you, it’s not going to be terribly interested in being huffed by you. Many kind people all over this country offered me their cats to huff, and many a cat was not having it. (Minus a couple of actual kittens who didn’t know better, though they still were squirmy about it.) The intent was good, but nobody involved was happy about it.

So huffing the gods in a ritual context is essentially trying to get a high over contact with deities.  Usually without having an intimate familiarity with them, and possibly little purpose besides attending to your own needs. But as Mat Auryn talks about in his recent blog post, if you don’t have an active working relationship with the gods, the experience can be quite a mixed bag for everyone involved (that includes gods as well as humans).

For me, working with deities and spirits is an every day experience.  One might even apply the term “casual” to it.  As I have mentioned before, I don’t “worship” gods or consider myself devotional in that context. We work together for our mutual benefit.  To call upon them doesn’t take any more effort for me than calling or texting someone on the phone.  (Actually less effort than calling, because I’m not a big fan of talking on the phone.) So in other rituals, the moment they start to welcome X deity, that deity is right there beside me. BOOM! Then as the ritual continues to call upon X deity, that entity is looking at me going: “….So what’s up? I’m already here.  What are we doing?” And all I do is shrug and go, “I think this is for you?” Deity answers, “It’s more for them. But that’s OK.”

I should note that I also have a pretty wide interpretation of ritual.  There are numerous kinds of rituals – many are extremely simple, daily activities, and others are extravagant rites with much pomp and circumstance.  I very rarely do the latter, and when I do, it’s designed to be a multi-layered experience – for the gods, for the participants, for whatever purpose it was designed for. It’s not ritual for ritual’s sake or because the lunar or solar calendar says so.  There should be a clear defined goal, beyond making what you might view as a scheduled obligatory phone call into a video conference call.

An essential part of being a Witch (IMHO) is understanding that we intermingle with the divine on a daily basis.  It can be hard to break out of other religious mindsets that make deity separate from us, and only accessible on special days, in certain locations, through a chosen few.  It’s also hard to become intimate with deity when you hold them and divine concepts at an arm’s length.  Think about it in terms of dating – it’s pretty high pressure to go on a first date at a super fancy restaurant all dressed up – that’s something that’s often more appreciated down the line when there’s a special occasion.  Think more of a tea or coffee date, or going on a ride together. But you know, with witchcraft. 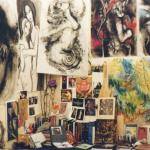 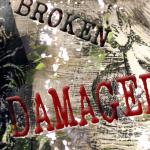 September 11, 2017 The Witch Is Not a Victim
Recent Comments
0 | Leave a Comment
Browse Our Archives
get the latest from
A Modern Traditional Witch
Sign up for our newsletter
POPULAR AT PATHEOS Pagan
1

You Cannot Be Taught To Be...
For Puck’s Sake
Related posts from A Modern Traditional Witch

Pagan
6 Minutes of Witchcraft: Handling a Crisis of...
A Modern Traditional Witch
TRENDING AT PATHEOS Pagan