I will openly admit that I have some baggage originating from my Catholic upbringing – despite having some pretty radical/forward/progressive concepts instilled upon me by my parents (and their mixed religion marriage) and certain Catholic school teachers over the years.  It mainly involves my hackles getting raised when people insist on dictating about practice and what my relationship to the Gods should apparently be.

As I have previously mentioned, at a very early age I did not respond well to the idea that only someone else (particularly endowed with a sacred, yet supposedly inactive penis) could talk to God and perform the rites.  I got straight A’s in all of my religion classes, was thoroughly familiar with the Old and New Testaments, but it still did not make any sort of logical or spiritual sense to me.  I felt a deep sense of spiritual longing, but for all my appreciation of the rites and stories surrounding Mary, it felt like I was standing in a kiddie pool with barely any water in it trying to cool off, while there was a hidden ocean looming nearby.

In my teens, I searched for that ocean, and pretty much fell into it backwards – or perhaps more precisely, it found me.  Rather than swallowing me up whole and drowning me, this ocean taught me how to swim in it, showed me how to ebb and flow with it, and work with its requests.  And to clear up the metaphor, that ocean was the Gods I work with, and They instructed me on how to work with Them.  They continue to reveal, to guide, and to inspire two decades latter as I change, and the world around me changes.

One of those revelations I received early on is the concept of the Self Divine.  That is, within us all is a thread that connects our physical bodies, our conscious self (the mind), and our spirit selves.  The spirit self in particular is connected to a larger weaving – our connection to the Divine, and in itself, that thread is divine. Therefore, within us, part of us is an element of the Gods.  This is a major element within the Modern Tradition, and I also later found that the Feri Tradition also has a similar structure for explaining it.

I could talk more about the Self Divine for many more pages, but I bring it up here as my basis in understanding that we are not separate from the Gods.  We can prepare ourselves better to work with Them, but we are not innately impure or unclean if we already contain a part of them within us.  To suggest otherwise starts to toe the line of saying that we are separate and unconnected from Them.  To argue about who is more pure to engage the Gods makes me extremely wary that the matter has a lot more to do with prejudice than piety, othering each other more than anything else.

Which brings us to the question of what ARE the Gods? Well, the Gods created us.  But also, we created Them. Both are true. It’s my favorite chicken/egg example.  They help me connect to the world, understand it better, and guide me on my path.  But it’s also clearly apparent that They need me (us) as well – whether that’s through feeding Them energy through rites, rituals, and other devotional acts, or it’s because They require us to do things in the physical world for a variety of reasons. It’s a symbiotic relationship, one of give and take, and working together.

Thinking back to the atom I drew while John Beckett talked about starting community by putting the Gods at the center at Many Gods West last weekend.  I’m not sure if John meant it to be taken so literally, and I do believe I understand the various levels he meant by that phrase, but that aforementioned baggage came rising up again as I thought about it.  In my head, that puts the Gods as the nucleus of the atom, and we as humans the electrons circling Them.  But the more I considered the atom and the Gods, you can’t have a functioning atom without all of the parts, they are ALL important.  And what if WE are the nucleus and the Gods are the electrons keeping us in balance and causing shifts in our awareness?  We could argue who is which part, but the end result is: together we make up the atom.  How stable it is depends on its orbit and the atoms around it.  We must also recognize the Divine in others to achieve balance and understanding, and there are many different kinds of atoms out there. 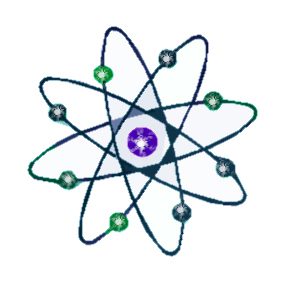 Which gets us to one more parcel of baggage for me.  Devotion.  When I think of “devotion” and “devotional”, the image that comes to mind is of the old Italian women sitting in their solitary pews at my Grandparent’s church in Philadelphia, reciting the rosary.  All together, yet all alone, relying on ritual for comfort and peace, in the place of their God/s, yet separate from Them.  If we look at the definition of devotion, it can be “love, loyalty, or enthusiasm for a person, activity, or cause” as well as “religious worship or observance.”  I would have to lean towards the first definition if I am to find personal connection with it, because of one primary fact: I don’t worship the Gods.  I am devoted to my partner, but I don’t worship them. Similarly, I have an intense and intimate relationship with the Gods, but that relationship is not defined by being separate from them or connection only through specific rites. They are ever-present, whether I’m in the middle of a ritual or driving to the grocery store. (Talk about backseat drivers…)  You can argue semantics (because it is), but the meaning in those particular words can’t express the relationship for me.  And They would be sure to let me know if something  is or isn’t working for Them – as I am also in the position to inform Them of the same.

Which is why I feel the best word to sum up my relationship with the Gods is that I experience Them, and They I. The details involved in that experience are defined and set by Us.  It cannot be judged or determined by anyone else.  And as we create the Gods as They create us, each experience is going to be different for every individual.  I think that truth is something that everyone should keep in mind as they walk their path.  Listen and you will hear Them.

(I also realize to some, that most or all of what I just wrote here is a heaping load of blasphemy.   You can speak of your experience, I can speak of mine.  In the end, I’m a Witch regardless and that works fine for Them.) 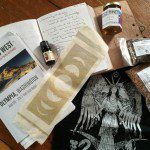 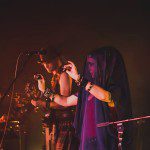 August 16, 2016 Gathering Realness
Recent Comments
0 | Leave a Comment
"I finally got started reading Sigil Witchery last night. I haven't had the attention span ..."
MadGastronomer Magical Movement: The Sacred Self
"It does not. What actually happens you will come to understand who, what, where, how ..."
Brenda Keitt The Winding, Wounded Path to Witchcraft
"Thanks for the article re sigils. It is something I have not paid a great ..."
carole lane An American Witch in London
"Beautiful and needed!"
Michelle Donaldson The Living Democracy Sigil
Browse Our Archives
get the latest from
A Modern Traditional Witch
Sign up for our newsletter
POPULAR AT PATHEOS Pagan
1 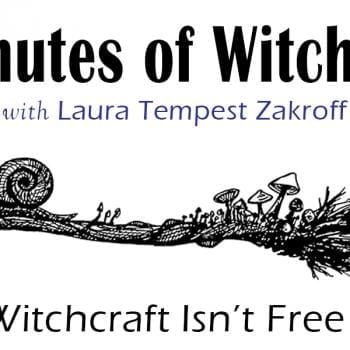 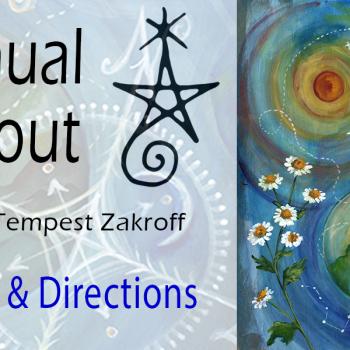