The New Aradia: Magick for Now, for All

While I was on the road, The New Aradia: A Witch’s Handbook to Magical Resistance physically entered this world.

If you had told me earlier in the year that I would conceive, edit, and have published an anthology in under 3 months, I would have laughed.  And then I’d maybe take another swig of the whiskey we were having while saying you’ve probably had enough.

Yet, that’s exactly what happened. 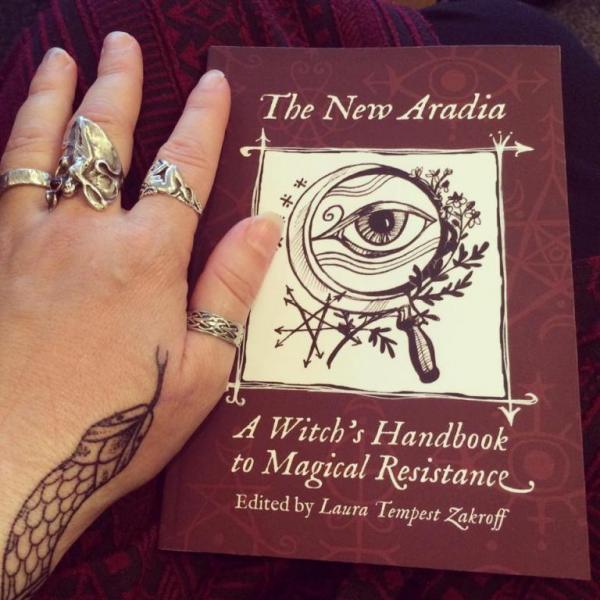 In The Beginning
While I was on the road back in June, I found myself thoroughly exhausted yet wide awake in a hotel room somewhere. It’s in this weird liminal state where the mind can go into hyperdrive.  Your brain can spin out horrible anxieties, or present you with ideas that are amazing, yet you’re just too damn tired to even write them down. The void usually eats them both. I don’t know if the Muses get a kick out of sending things our way then, or maybe that’s when our resistance is the lowest, and that’s the only time the Universe can cram that  idea in our heads. Who knows.

As the arms of insomnia held on to me for dear life, the Universe whispered, “the New Aradia….a handbook for TODAY.  It’s needed NOW.”

I squirmed and muttered back, “Yes that’s a great idea. No, not me, not now.”

It hissed, “The New Aradia. YES. Many voices. NOW.”

I sighed, “Maybe…I have no idea how though…”. If you ever felt the darkness smile, insert that feeling here. Insomnia released its hold on me. I finally drifted off to sleep, thinking surely that would be the end of it —another idea lost to the void. Or maybe they’ll go bug someone else.

What the Universe Wants…
I was granted a little bit of rest – then the message came back with an urgency.  I found myself talking to my friend Jenn Zahrt of Revelore Press, starting out with something like, “So I have this crazy idea…” and I described the concept: An anthology that would be a would be a handbook to magical resistance for today’s magical practitioners, following in the footsteps of Aradia, and the inspiration behind #WeAreAradia.  Not only that, but it needed to be out in time for the coming election.

This was mid-July. Despite the fact that both Jenn and I had very busy schedules including a lot of travel, we figured out a timeline.  We devised a plan, created an outline, and put out a call for the material.  Despite there not being a lot of lead time, many answered the call and sent in submissions.  An amount so incredible, that it took several days for the committee to go through everything. In the end, just over two dozen pieces were selected.  The editing and layout team got to work.  We figured out what charities would be benefited by the sale of the book – EMILY’s List and the Southern Poverty Law Center.

The book made it to press before I got on the road for the Fall tour, and by early October, it was available in print. We did it. 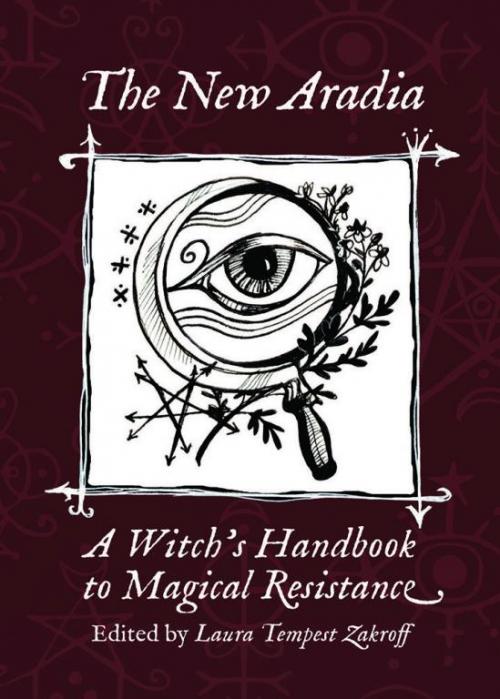 The Vision for the New Aradia
One of the main concerns I had for this project was keeping the material relative and accessible, while not being tied to any one region, time, or issue.  We have a tendency to see what we’re currently experiencing as the worst thing ever – but humanity has a long and dirty pattern of developing infestations of foulness against itself and the planet.  So there are no workings or pieces that focus on a specific person or regime, but rather issues that often surround times like these.  There are beautiful invocations and chants, sigils for social change, pieces that focus on herbalism for healing and self-care, spells to bring justice and foster community – and much more.

My hope is that the material will be useful and applicable to many people right now, as well as the coming generations.  Though, I sincerely hope in 100 years, we may have progressed to a point where the application of its knowledge is no longer needed. 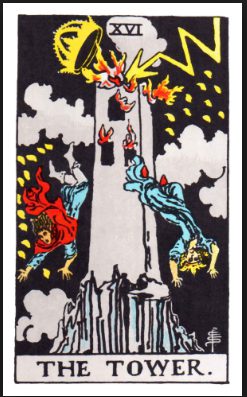 Who Profits?
I have heard of some truly ridiculous rumors echo up from various corners of the Internet about this being a bandwagon to “cash in” on society’s issues, or some other similar bullshit. I don’t want to go on a rant about that, but I will take a few moments here to make something clear: While I can’t speak for every person creating work out there in this vein, I can certainly speak for myself and many of the folks I recommend: these are all people who are actively involved in their communities and have heard the call.  The people they work with have asked for books to help guide them.  The gods, spirits, ancestors, the Universe (whatever you want to call it), have inspired, pushed, and urged for these projects to take form.

We are have enough on our plates as it is, but we still sacrifice our time, energy, and resources to make it happen, because the future is worth the cost. The last thing on anyone’s mind who is doing this work is some capitalistic view of profit.  If there’s profit to be had, it’s in the bounty that is generating by helping people access and claim their power.  We all benefit from that investment.

Whether it’s independently published, a small press, or a medium-sized publisher – they make an impact in their own and reach their audience.  (Reality check: our largest metaphysical publishers like Weiser and Llewellyn are “big” to us in terms of distribution, but still are rather small companies in comparison to truly large publishing houses. Not only that, but they employ people who are active IN our community, from authors to editors, publicists, designers, and warehouse packers.  They actively engage with the community at large to offer work that it requests.  But don’t just take my word for it – talk with Elysia from Llewellyn or Judika from Weiser – both acquisition editors who are regularly in attendance at events and festivals, taking with folks and presenting workshops.)

FYI: The cover price of $16.00 for The New Aradia is the result of several factors:
-figuring out how much it costs to physically produce the book and get it in people’s hands prior to this past election
-trying to keep the price as affordable as possible to make it accessible while covering said costs
-while also helping to benefit two organizations that make a difference across a wide variety of places and peoples (and it was hard to narrow it down to just two, let alone one)
-and with all that in mind, we chose $16 to pay homage to The Tower Card (#16) in the Major Arcana of the Tarot, and a reference to Byron Ballard’s framing of the time we’re living in. (Also, Jenn and I are dorks about these kinds of things, because occultists.)

Last I heard, Revelore Press has been able to donate nearly $600 to EMILY’s List and SPLC thanks to the sales of this book prior to the election.  Considering how many women and people of color were elected to government positions, I’d like to think we did at least a little bit to help in multiple way – be it through money and/or metaphysics.

How to find The New Aradia?
So if you’re interested in finding out more, you can get The New Aradia directly from Revelore Press through this link.  You can also check with your local witchy/occult/metaphysical shop to see if they carry it, or will order it for you (support local when you can!).  It’s also on amazon and available on other sites.

May the spirit of Aradia inspire you. 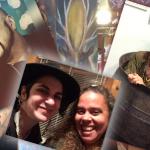 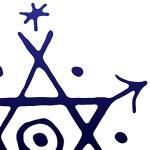 Solitary Self-Initiation or Dedication. Does It...
3 Pagans and a Cat
Related posts from A Modern Traditional Witch