The Best Banishing I Saw This Week

I started producing Pagan events back in the late 90’s in New England, which as a lumped regional culture has long been a strange mix of strong liberal thought and relative conservatism.  So pretty much from Day One I was braced for trouble to take place. But I can barely recall any trouble in the form of protesters. Not to say it didn’t happen, but nothing sticks out in my memory.

Since then I’ve attended, participated in, and produced events all over the country, pretty much following that same pattern. But I would see and hear about it happening in other places, so I knew it was a reality. Just hadn’t encountered it personally yet, despite the amount of events and travel I do.

Therefore I find it funny and amazing that twice in the same month,  events that I’ve participated in have been visited by protesters. The first I only heard about afterwards – a small group of supposedly Catholics protesting Hexfest in New Orleans.  They were down the street, half a block from the actual event, which was taking place inside a hotel. They didn’t last long in the August heat and humidity – rumor says about twenty minutes.  That’s not even enough time to do a proper ring around the rosary.  My grandmother would be very disappointed.

The second time was this past Saturday at Philadelphia Pagan Pride.  The event took place outdoors at Clark Park – a large beautiful park in the heart of Philly.  The weather was gorgeous, the attendees were a diverse, enthusiastic crowd, and the vibe was terrific.  I was super honored and excited to be there as the Keynote speaker, as I was born in Philadelphia, and spent the first 15 years of my life journeying back and forth between Philly and South Jersey.

I had heard that the event had had issues with a certain group of protesters in the past, but as we approached the final hour of the event, things were pretty quiet. In fact, I was chatting with Chris and Tara from Down at the Crossroads,  and Cory from New World Witchery and someone had just said, “well, I guess they’re not showing this year” when we heard hate being spewed via bullhorn.  Across the street we could see a very small gathering of people with signs with a list of who was going to hell and one with the strange message that “Feminists are Witches.” Speak of the devil indeed, eh?

But the protesters’ appearance was not met with disdain or worry.  In that instant, the Philly PPD staff in their bright blue shirts sprang into action. They had clearly been planning for this since last year, and they were beyond prepared on so many levels. In fact, I’m pretty sure someone yelled gleefully “They’re here! They’re here!”

Out came a slew of mylar (mirror) wrapped boards and several large two-person fabric banners that said “don’t feed the trolls.”  Kazoos were handed out, a beautiful kilted being with a trombone appeared from the row of tents, and dance music poured out of a speaker that pointed directly at the protesters across the street. Basically, Pagan Pride turned into a giant dance party that blocked out both visually and audibly the hate being spewed out from small minds.  The mirrors reflected their words back at them and the banners hid them from sight, and also reminded folks not to get physically involved. Probably my most favorite part was the Rickrolling. I think it was some point during “This is the song that never ends” that the protesters gave up and left – leaving PPD to finish up the day peacefully and on quite a high note.

Later that evening, I joked that I was “covered in Pagan Pride” from being outside and sweating all day, but honestly I’m still feeling the pride inside.  I am full of love for the city of birth and the folks who call it home. I am beyond proud and blessed to have witnessed community coming together in such a kick-ass way to banish hate – on top of putting together a wonderful event.

It really sucks that not only do people waste energy spreading hate, but we have to spend our time dealing with it.  But there is magic in taking that hate, drowning it out, and transforming that energy into something that elevates the spirit.

You can check out videos of what happened on The Wild Hunt and the Philly PPD Facebook group linked above. 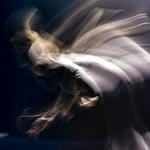 August 26, 2019
There's a Thin Line Between Mundane & Magical
Next Post 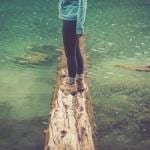 September 21, 2019 Invoking The Witch's Sense of Balance
Recent Comments
0 | Leave a Comment
"In Penzance Cornwall UK this Dec 21she will dance in the streets during the Montol ..."
Virgina Ray A Witch’s Yuletide: Making the Mari ..."
"http://montolfestival.co.uk..."
Virgina Ray A Witch’s Yuletide: Making the Mari ..."
"I wasn't involved in a Witch war per se, but I did have a friend ..."
Amanda Ingalls The Witch’s Guide to Etiquette: Avoiding ..."
"I honestly do not get why some people get off on spreading hate. Seriously, I ..."
Amanda Ingalls The Best Banishing I Saw This ..."
Browse Our Archives
Related posts from A Modern Traditional Witch