When it comes to dealing with Death and grief, I acknowledge that I have lived a fairly blessed life. My maternal grandparents – who I was closest to – both passed after I had well-reached adulthood. They both had lived full lives yet also had very different slow declines, so death wasn’t unexpected for either.  My paternal grandmother died when my father was 11 from cancer, and my paternal grandfather died when I was 9. He was more of a specter in our lives – and left family chaos in the wake of his death.  I remember when we went to visit the gravestone (a year later?), and that was when I cried. Not because of the loss of him, but more the detached trauma caused posthumously from drama that I had been witness to, but barely understood.

That’s not to say that Death has been a stranger in my life. I have found myself being assigned psychopomp activities from my teens onward, especially through my art. As a Witch, I know that the dead aren’t far from us in many cases – per the many conversations I have had over the years with those who have passed on. I find myself relaying messages from deceased loved ones to the living, and resided with ghost cats for years.

Yet grief still hit me like a tsunami when Sam passed. I don’t feel we talk enough about Death and grief in our society – magical or mundane. So I want to share with you some of the things that have gone through my mind and body since his death.

While we had been waiting in our car for news from the emergency vet, 3 things happened that felt like signs. We had noticed there was a tent outside under the trees not far from where we were parked. We watched a couple and a vet technician go out into the tent and vanish.  We were soon to realize that it was an outdoor space set up for euthanasia – as the couple eventually came out, the woman holding something wrapped in a big towel like a baby. As they both got in the car which happened to be parked next to us, the waves of sadness hit as we realized what had happened.  Then a little later, while Nathan went to use the bathroom inside, a bright little goldfinch came alongside our vehicle for a few moments, followed by dancing dragonflies after Nathan came back. I’m not much of omen person, but those all felt like signs as they were happening.  We had hoped Sam would be better, but I had been grappling with the feeling since the night before that Sam’s time was coming to an end. There are certain things I hate being right about.

Euthanasia is something that most people who have companion animals will experience at some point. It is the responsible thing to do when an animal is suffering, but that doesn’t stop it from being absolutely heartbreaking. I am so glad that we were able to hold him and be there as Sam crossed over, but I will also never forget his eyes as he went. Even though we knew it was the best choice, there was still guilt to deal with. You wonder, was there anything else we could have done? Did he feel betrayed as his heart stopped? Did he know we loved him so much?

After burying him, I had to fight the overwhelming urge to dig him back up because I ached to hold him close again. I also had a breakdown thinking about that he would be cold when the winter comes, and maybe we should have cremated him instead. I know that sounds crazy and theatrical, but grief doesn’t care for logic. I found one of his old collars sitting on a shelf in the ritual room and went through more tissues. I’m still careful about turning on the kitchen light at night, because he liked to hang out on top of the fridge before we collected him for bed, and the bright light would hurt his eyes. He’s still the background image on my laptop and screensaver on my phone, which feels comforting.  I’m going to be served on memories of him daily via Facebook for years to come, which will be bittersweet.

A few days after he passed, I did find a sense of peace. I understood that we did indeed do everything we could have for him.  That the result would have been the same one way or another. If there had been a way to alter things, to save him, that opportunity would have presented itself. I know this to be true because of the pattern evident in our lives.

I also got the message that he’s going to be on the spiritual plane for a while.  Another part of the grieving process was me wondering how long it might take for him to come back (when do kitten spirits land in the process?), if he was supposed to come back, how many weeks or months would that be, and should I wait? I got a few more messages too, but I’ll wait on sharing those. But we will be adding to our household sooner rather than later.  Nothing or no one can replace Sam, but there is definitely a void that everyone in the house feels. There will be a new spirit to welcome into our lives soon enough.

As Witches, we know that Death is permanent yet also permeable.  Birth and death use the same gate, and they each heighten the ecstasy of life.  If we cannot honor both the blessing of life and the kiss of death, we fail to fully live.  Death reminds us that life is an experience, not something to sit and watch go by as you are held back by fear.  There are ways still to connect to those who have passed on, though that’s not as comforting as one might think as you are actively grieving.

I think back to all of the times I held Sam on my chest and marveled at every part of him.  The texture and pattern of his fur, his amazing pink and black toe beans, his oversize ears, the stripes on his long long legs, the spots on his belly. My chest and belly have scars from the several times he spooked over the years and managed to draw blood in his haste.  He always came back so apologetic as I cleaned my wounds in the bathroom. I never yelled at Sam, but instead comforted him instead to let him know it was OK.  I know he never meant to hurt me, and pain was never a reason to deny the opportunity to have him laying on me.

Life and Death is like that.  We are going to have scars, wounds, and pain to deal with. But we are also going to live beautiful moments, large and small. Love is a blessing in all of its forms, especially when we honor each in turn.  The Witch finds the beauty of each thread – and solace in the spaces in between them. 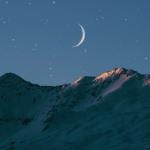 June 30, 2020 The Truth Speaks Sigil
Recent Comments
0 | Leave a Comment
Browse Our Archives
get the latest from
A Modern Traditional Witch
Sign up for our newsletter
POPULAR AT PATHEOS Pagan
1