Metaphysical work, done in tandem with physical world application, makes a big difference.  You need only remember that magic starts with thought to know  just how powerful spellcraft can be. Magical resistance is influential work that is worth your time when it becomes a regular part of your practice.

Two weeks ago I introduced the Sevenfold Waning Moon Spell.  This working aligns with the waning moon energy from June 7th to June 21st.  (It can of course continued to be use every lunar month to further the cause.)  It was designed to be versatile – allowing for variety in candle types and colors, timing and ritual, and other personal adaptions – to fit your budget, time, and whatever you have accessible.  Part of the overall benefit (and desired effect) of the working is to focus regularly on the issues affecting Black lives – especially in the United States, but also around the world.

It has been inspiring to see so many people take inspiration and stay to task on working through the spell – each in their own way.  A lot of people have asked, “so what’s next after this?” – meaning, is there a corresponding Waxing Moon Spell?  I answered this question in some videos and classes, but I figured it would be wise to discuss it here as well.

So the short of it is: I have no intention of releasing a Sevenfold Waxing Moon Spell at this time. But don’t confuse that with “stop doing what you’re doing.” Nope. Instead this is an opportunity for you to focus on a specific issue or area that you can bless and build.  The Sevenfold Waning Moon Spell targeted breaking down and banishing multiple issues that feed racism and enable white supremacy.  I know many of you took the time to read and reflect on those specific issues as you were burning the candles. In that working, we have helped to make room for positive growth – which is what the upcoming Waxing Moon is for.  So now it’s time to put what you learned to work and start helping to build.

You can choose something specific – such as supporting a particular piece of legislation or directing energy to local Black leaders and groups – or you can work more generally such as increasing education, understanding, or message visibility.  The choice is up to you.  You can also choose a symbol that coordinates with that effort to help you visualize.  As a reminder, here’s what the Waning Moon spell had for symbols:

Some of these symbols can also be used for the Waning Moon as is – such as the asterisk and five-pointed star.  Others will need a little adjusting. You can use a Waxing Crescent (facing left) to represent that energy.  To help channel funds to worthy organizations and areas, you might use a solid diamond. A spiral can represent expanding growth.

Three is a good number to draw upon as well for Waxing Moon work. The Empress in the Major Arcana of the Tarot represents community support, compassion, fertile growth, and sovereignty. You could start on June 23rd and work in 3 day bursts, or perhaps choose the 23rd, 30th, and July 3rd.  Listen to your intuition and let it guide you. 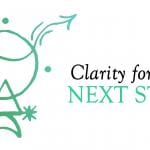 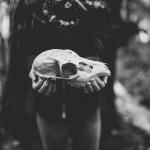 Pagan
6 Minutes of Witchcraft: Handling a Crisis of...
A Modern Traditional Witch