A Witch’s Walk of Balance

If you’ve been reading this blog for a while, you know I’m not much of a Sabbat-oriented Witch.  As in, my practice isn’t centered around celebrating specific days, but rather is more focused on the seasons. This means that I don’t follow the more popular/standard Wheel of the Year, but instead pay attention to what’s happening where I live. I don’t even have a particular start or end (outside of fiscal responsibilities), but rather observe what is best described as a series of little deaths and little births. (It’s what works for me – I trust you to do what works for you.)

But I do pause for the Equinoxes and Solstices. I don’t see these dates as markers for the seasons anymore (which is what was taught in grade school) but moments of balance. They become moments of contemplation for me. Here in the Northern Hemisphere, it’s the Autumnal Equinox, though Fall has been sniffing around these parts for weeks, kissing leaves and riling up the local squirrel mafia.

Under the changing of the colors and aromas, there’s an undeniable shift afoot. We’re at the equal point between the length of the day and the length of the night, though the recent Full Moon might fool you into thinking it’s not quite that dark yet. But here we are, submerged up to our hips in a stilling pond, preparing to go deeper into the mysteries of little deaths and longer breaths.  Children of the Rusalki, getting ready to dive deep. The growth and chaos of the summer simmer down and we start to listen to the storm within, preparing to hunker down for the storms outside as well. 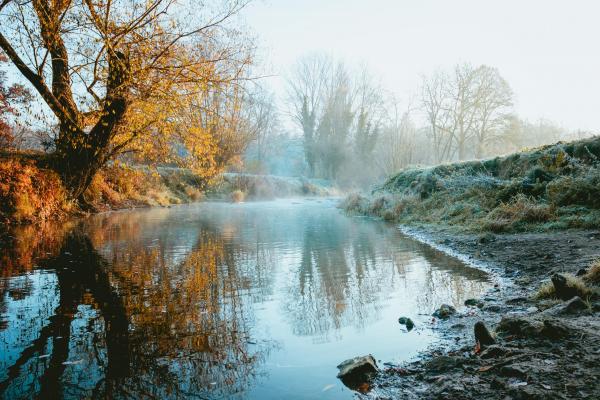 The Equinoxes always signify change for me. They are points of no return, because you can’t stay there forever. You must move on or get buried under the leaves and debris.

Which feels really fucking hard to do in the midst of a pandemic. It feels like all I have been doing for months is balancing “do what you can” with “wait and see.” It’s exhausting mentally, physically, and emotionally. I feel like I’ve dropped a lot of balls in the past year, which belies the fact that I still have managed to do a lot – creating, teaching, holding on. But I hate disappointing people, I don’t like letting anyone down. I also tend to give others a lot of grace because I know how hard it is to balance everything.

Yet this time has been such a lesson in listening to my body, my practice, the needs of my home. And as the day makes way for the night, the shadows illuminate what I’ve been missing. In the past I have put a lot of energy into not disappointing others while blindly ignoring the impact of those who have disappointed me. Bleeding without accounting for the wounds or tending to them. In the last decade, I have gotten much better at clearing out those who make the obvious bruises, loudly and openly as repeat offenders. But it can be much harder to see those little bruises, to ignore them or pass them off as no big deal, to give some folks a pass. Then one day you wake up bruised from head to toe and wonder why you hurt so goddamn much. Sometimes those little bruises come from within as much as they come from without. They make a map of conquests and explorations, mistakes and possibilities.

There’s the fear that if you clear out too much, you’re left alone, so we hold on, even to thorns and moldering leaves. We all make mistakes and can do better, so cutting out any possibility of hurt doesn’t make for a place of healing either. The key is finding a balance between what is given and what is received – by managing our own expectations and intentions, gifts and wards. Know thyself sounds simple, yet it’s an ever-moving challenge. The challenge of being kind to yourself, compassionate to others, yet maintaining your sovereign self in all of its essence.

I think about the Rusalki in my blood – spirits of water tending the land, protecting and watching. Backwards feet always touching water, remembering the past while the body moves forward. If you follow those footprints, you might end up in the wrong place. Which is why the path you follow at this time of year should be the one of your own making. Because even if your feet are on backwards, you’ll still end up right where you need to be.

Remember: balance isn’t about holding still – it’s all about movement, even if it’s just one step at a time. In any direction. 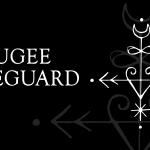 September 28, 2021 How To Make Your Book Haunted AF
Recent Comments
0 | Leave a Comment
"I honestly do not get why some people get off on spreading hate. Seriously, I ..."
Amanda Ingalls The Best Banishing I Saw This ..."
"Really great idea!"
JenniWest August is Cauldron Month (Tempest-style)!
"This seems like an interesting idea! I didn't think I had a cauldron until you ..."
Aelfrey August is Cauldron Month (Tempest-style)!
"Can I still use this sigil in 2022?🤔By the way, I love your blog!"
Carol P. Duarte The Encompassing Heart Sigil
Browse Our Archives
Related posts from A Modern Traditional Witch