6 Minutes of Witchcraft: Label That Sh*t! 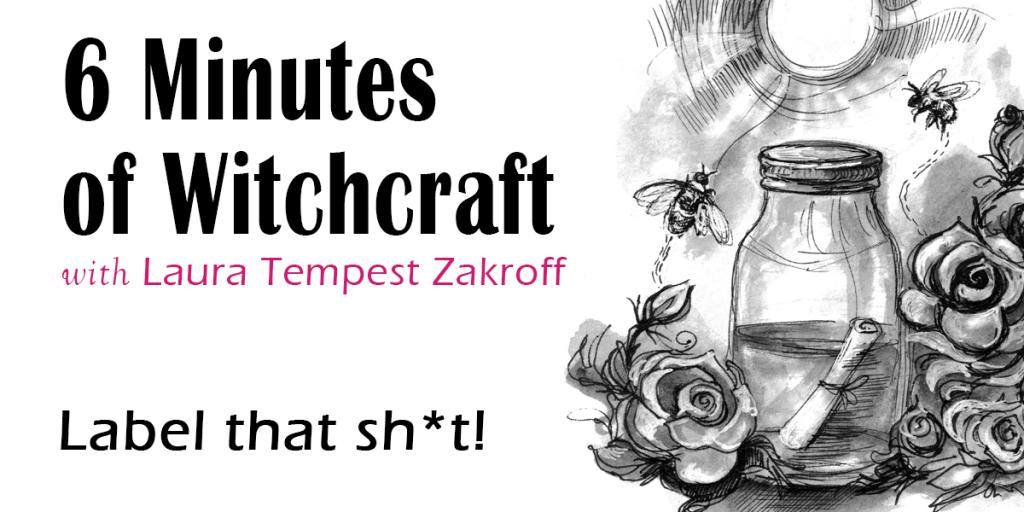 It’s funny how shifting one thing can nudge everything else around. And also give you a trip down memory lane with some practical advice for future you.

Recently I had the opportunity to rearrange and reorganize our ritual room (which is also the library and the guest room). We switched out some smaller bookcases for much larger ones that had been down in my partner’s studio. So all of the books had to be gone through and sorted. (Including pulling ones for donation or selling.)

As we were doing that, I turned my eye to the hutch we had acquired via craigslist when we first moved here for $15. It was a hulking particle board beast and if you put too much stuff in the drawers, they got stuck. (To be fair, it looked much nicer in the picture and we really needed some furniture for that room at the time.) In the end, $5 a year for use was a pretty good deal, but it was time to upgrade. I wanted something that was more streamlined, had working drawers, and also freed up the wall behind it. I found the perfect desk/dresser at our local estate sale place. Definitely a lot more than $15, but so worth it!

So now in addition to rearranging the books, I had an amazing space to tuck ritual supplies and the perfect place to put my hand-carved cabinet. Which in itself prompted a cleaning. In that cabinet and subsequent spaces I found many an unlabeled bag and bottle of mystery – as well as folded up napkins and tin foil also hiding mystery treasures! All of them gifts from folks over the years. Which was lovely except that I had no idea what these bags and vials contained OR who had given them to me.

And so I was inspired to film a new 6 Minutes of Witchcraft (and it’s been a hot minute since I’ve done one of these):

So whether you’re making something for yourself or plan to share it with others, label that shit! I recommend the following checklist:
1. Put it in a proper container

3. When it was made (not just the lunar/solar event, but the year)

5. If there’s any warnings/dangers to know about.

Also, if you know you’re heading out some place where you might want to collect earth, water, plant specimens, rocks, etc (in an eco-conscious and consensual manner), bring a kit with you that includes baggies, bottles, a sharpie, etc. Label it right then and there!

Future you will thank you greatly! Or at least won’t be cursing you for failing to label that thing that you were SURE you were going to remember exactly what was in that baggie!

About Laura Tempest Zakroff
Laura Tempest Zakroff is a professional artist, author, performer, and Modern Traditional Witch based in New England. She holds a BFA from RISD (the Rhode Island School of Design), and her artwork has received awards and honors worldwide. Her work embodies myth and the esoteric through her drawings and paintings, jewelry, talismans, and other designs. Laura is the author of the bestselling Llewellyn books Weave the Liminal, Sigil Witchery, and Anatomy of a Witch, as well as the Liminal Spirits Oracle (artist/author), The Witch’s Cauldron, and co-author of The Witch’s Altar with Jason Mankey. Laura edited The New Aradia: A Witch’s Handbook to Magical Resistance (Revelore Press). She is the creative force behind several community events and teaches workshops online and worldwide. You can read more about the author here.
Previous Post

July 1, 2022
The Gorgon's Guide: Call for Submissions
Next Post 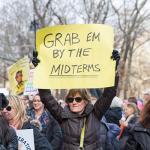 November 3, 2022 A Collection of Sigils for Voting Protection
Recent Comments
0 | Leave a Comment
"I wasn't involved in a Witch war per se, but I did have a friend ..."
Amanda Ingalls The Witch’s Guide to Etiquette: Avoiding ..."
"I honestly do not get why some people get off on spreading hate. Seriously, I ..."
Amanda Ingalls The Best Banishing I Saw This ..."
"Really great idea!"
JenniWest August is Cauldron Month (Tempest-style)!
"This seems like an interesting idea! I didn't think I had a cauldron until you ..."
Aelfrey August is Cauldron Month (Tempest-style)!
Browse Our Archives
Related posts from A Modern Traditional Witch