8 Keys to Success in a Remarriage

Let’s face it, most couples in second or third marriages face obstacles that those in first ones just don’t. It’s no surprise that while the divorce rate for first marriages hovers around 45 percent, the rate for second marriages is approximately 67 percent. You might wonder why this is, since intuitively we should learn important lessons from our first marriage and carry those into subsequent ones.

Most remarried couples have unrealistic expectations and once the romance of dating and early marriage wears off, they might feel discouraged and begin to argue more and forget their partner’s wonderful qualities that attracted them to begin with!

Be Cordial and Avoid Hostility (especially in front of Kids)

Another challenge to the success of a second marriage is remaining cordial with your former partner if you have kids (you’d probably rather avoid him/her). You might also have to deal with your new partner’s ex and extended family members. Simply put, there are a lot of opportunities for rivalries, conflicts and possible breakdowns in communication in blended families that often involve former spouses, kids and stepkids.

The Reason Why Remarriage Can Be Challenging

Many couples remarry on the rebound (soon after a divorce from a former spouse). However, children need time to heal from the emotional turmoil of their parents’ divorce, so it’s important not to introduce them to a new family too soon. There are many reasons why kids have difficulty adjusting to blended family life — discipline from a stepparent, loyalty issues and rivalries. However, if a child or teenager is given time and the message that their parent has enough love to share, they are better able to withstand the stresses and storms inherent in most second marriages and stepfamilies.

Prepare Yourself for Conflict

From my firsthand and clinical experience, it’s important to expect plenty of conflicts in second marriages and a remarried family so that you can avoid feeling blindsided. Stepparents and parents often disagree on parenting strategies, for instance, and kids get caught in the crossfire. Past histories collide and divided loyalties rear their ugly head when kids feel they have to defend their biological parent or carve out space in a new territory — not to mention often living between their parent’s disparate worlds.

Money is one of the most common things couples argue about in any marriage and financial problems can tear the newly remarried couples apart. Often newlyweds in remarried families start off with urgent needs, such as a larger home and/or car and a bigger vacation budget. The stress and strain of struggling to pay child support and maintaining multiple residences can worsen financial stress and burdens.

Here are eight keys to success in remarriage:

Don’t be surprised if some of your discussions get heated, especially around hot-button issues such as money, time with biological parents, vacations, etc. Use “I Statements” such as “I would like to talk about our finances because I feel worried, let me know when you’re free.” This is more effective than a “You Statement” such as “You never tell me about how you spend your money, and we’re headed for financial trouble.”

Discussing minor issues (schedules, meals) is a great place to start before tackling bigger matters such as disciplining kids or finances. Honesty and communication are key issues in a second marriage. Be forthcoming about finances, your past, and concerns with your former spouse and kids that are relevant.

A “date night” or couples time is very rewarding and can bring you and your partner closer even if it’s going on a walk or for a picnic together without your kids.

Resentment and anger build when couples shut down and are not vulnerable with each other. So, remember to take the time to express thoughts, feelings and wishes in a respectful and timely way. Discuss hot button issues privately away from your kids, but hold regular, informal family meetings to clear the air and address family issues.

The role of the stepparent is one of a friend and supporter rather than a disciplinarian. Learn new strategies and share your ideas with your partner.

Take the “d” word (divorce) out of your vocabulary. Believing that divorce as an option to going through a tough period and talking about it can increase your risks for breakup.

Accept that there are inevitable ups and downs. Try to have more understanding toward your partner, your kids and/or stepkids. Make a commitment to practice endurance and patience. In time, many of the kinks inherent in stepfamily life will smooth out.

Forgiveness means you can give an apology and mean it, as well as accepting one from your partner. It isn’t the same as condoning the hurt done to you, but it will allow you to move on. Try to remember you’re on the same team and don’t make excuses when you say or do things to hurt your partner’s feelings.

In conclusion, be realistic and remember that there will be rough patches when you remarry. However, don’t let your feelings of discouragement take over because there are lots of great times. Taking a chance on love the second (or third time around) is worth the investment if you are courageous and tolerant. Visualizing yourself in an open and honest relationship is the first step. Don’t let fear of rejection, failure, or past hurt stop you from achieving the love and intimacy you deserve.

January 18, 2020
How to Get Unstuck From the Approval Trap
Next Post

January 29, 2020 6 Ways Couples Can Make Up After a Fight and Move On
Recent Comments
0 | Leave a Comment
"Comics worthy of attention👉🏼q.657MW.US/TR5347K"
Nomadic Chronicler 5 Amazing Things Single Parents Can ..."
"Thanks for sharing with us such an amazing thought. If you are a student and ..."
John Ty How to Handle Your Child When ..."
"Thanks for this amazing thought. If you are looking for the best nursing assignment help ..."
John Ty How Small Gestures Can Improve Your ..."
"I like it."
🍓Maria pretty slut🔞 What Drives Your Fear of Being ..."
Browse Our Archives
Related posts from Terry Gaspard

Family
8 Steps to Co-Parenting With a High Conflict...
Terry Gaspard

Family
8 Reasons You Might Settle For Less Than...
Terry Gaspard 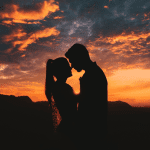 What Hollywood Gets Wrong about Sex– and What...
After three years of research for our brand-new book, Secrets of Sex...