Two very different women, coming from very different perspectives, are unhappy with Les Miserable. Their unhappiness reminds us that though we polish and burnish our preferred lenses, we obscure our own capacity to see.

Feminist author Stacy Wolf takes to the pages of the WaPo to report that as a feminist, all she could see was the bad men and victim women who populate her daily thoughts; width and breadth are just words:

. . .in “Les Miz,” female characters are there only for the men to save, pity or forget. As Fantine, a hooker with a heart of gold, [Anne] Hathaway does little but receive generosity from unfairly imprisoned fugitive Jean Valjean, who agrees to raise her illegitimate daughter, Cosette. Like her mother, Cosette is window-dressing — objet d’amour of Marius, a revolutionary student who wavers between his love for her and his devotion to politics. Meanwhile, Eponine, a striving girl, pines for Marius, a man beyond her station, then dies for his cause.

The women of “Les Miz” trigger the men’s ethical struggles and bravery, but they don’t actually do anything. Instead, they emote, propelling others to action….

…We understand ourselves and our identities because of the stories we’re told. When we hear the same stories about people…we start to believe them. If our culture tells us that women should sacrifice themselves for their children or for men’s careers, we find it unremarkable that the women of “Les Miz” do just that. We seldom notice that they’re largely invisible in a blockbuster film likely to be nominated for multiple Academy Awards.But for anyone who thinks critically about gender, it’s unsettling.

It’s only unsettling, I guess, if all you can critically think about is gender, or one’s sex. If one can dare to take off the agenda-lenses for a few minutes, one can, as Deacon Greg — in a rare bit of opining — points out, see the characters in this story as actual human people, more than the sum of their sexes.

When did martyrdom—selflessness, death to self for the sake of another, particularly one’s child— become demeaning?

[Wolf] misses a few critical points. She fails to note that a significant part of Fantine’s tragic fate is set in motion not by mean men, but by spiteful women (her factory co-workers). She also fails to see beyond her own gender fixations to appreciate the deeper spiritual currents that carry the story along…“Les Miserables” is concerned with much more than gender roles. [It is] about redemption and mercy, commitment and fidelity. It resonates with so many around the world because it speaks to old fashioned virtues like honor, faith, integrity, courage and — spoiler alert — love. And that includes both the male and female characters—so many of whom are willing to sacrifice everything for what they believe in (or, very often, for those they love.)

Viewing this through her particular prism, Ms. Wolf perhaps finds it shocking for a woman to lay down her life for something as inconsequential and burdensome as her own child; I suspect she also can’t imagine the sense of duty that might bring a man to spend his life seeking to fulfill a vow he made to a woman. And why on earth would a man risk his own life for the sake of a little girl? Though Ms. Wolf may not realize it, the inconvenient truth is that “Les Miserables” actually pivots around women—and in particular, the women who change one man’s life, compelling him to heroism and, even, sanctity. Jean Valjean is transformed, converted, saved, through his selfless actions on behalf of Fantine and Cosette; it is ultimately Fantine who at story’s end takes his arm and leads him to his reward.

If we have reached a point where we consider that kind of gender role sexist or demeaning, something is wrong.

Well, something is wrong, but it’s not exclusive to Wolf or to feminism. On the other end of the spectrum, we find someone who takes issue with the film, and urges others not to see it (or to wait until it comes out on video and can be self-edited) because of modesty issues. Katie at The Catholic Wife blog:

I don’t recommend the movie because, at least while it’s in theaters, you can’t skip over the gross sexuality on display, and on such a huge scale. In addition to the general sexuality within the first part of the movie (completely through “Master of House”), there were two sexual scenes/shots – one could have been cut entirely and the other didn’t have to be nearly as explicit as it was. If you’ve seen it, I’m referring to the entire “Lovely Ladies” scene including Fantine’s first “client” as well as the general behavior in “Master of the House,” which includes the “Santa shot.” [Spoiler alert] –> Silly me, I didn’t realize how involved the on-screen adaptation would be once Fantine sold herself into prostitution, especially once Hollywood got a hold of it; even setting her tragic situation aside, the blatant immodesty among other characters (both main and chorus) was already too much, but was then further emphasized by cinematography. How many shots of overly revealing attire do you need??

Les Mis, as a movie, was poisoned by both significant and subtle exploitation of sexuality and the human body; and what could have been a beautiful story purely portrayed left a bad taste of “it was ok, but…” It’s a genuine tragedy since so many Catholic themes are presented throughout the rest of the film, including God’s saving grace, the welcoming charity among religious communities, the difference between allowing your heart to be softened by faith versus hardened within it (Valjean vs. Javert), and a monsignor who shows remarkable compassion and mercy. Thank God I can find this actualized elsewhere.

It’s true that one can find this “actualized elsewhere” but it seems to me that when we’re dealing with adult themes like prostitution, social expulsion and sin — and when we know we will be watching vulgarians singing in a vulgar setting — we should be prepared to see some visual representation of those themes, and that some distinction can be made between pornographic excess and a representation of reality. Les Mis is not, after all, a Disney production. Having not yet seen the movie I don’t know how lascivious the thing is — this is the first such complaint I have read — but it comes on the heels of my reading an online comment a few days ago, suggesting that Catholics ought to avoid the ballet, because of modestly issues that might foment an occasion of sin.

As Deacon Greg writes earlier, if this is what we’ve come to, something is wrong. If our avenues to humanity are going to be detoured via one-way-streets of gender-obsession; if our access to God is going to be limited to art that conforms to an idea of virtue so strict as to eliminate depictions of beauty (or ugliness) for fear of temptation, then we are going to diminish our thinking, and therefore our understanding of both God and humanity, until our world and our souls become very, very small.

Here is Correggio’s Madonna del Latte — the Madonna of the Milk. Mary’s exposed breast brings sustenance to the Creator Incarnate and encourages the pondering of mystery upon mystery, a furtherance of comprehension, in so far as we may comprehend. I wonder if Wolf would look upon it and merely see “a woman reduced to her biology, useful only as a milk-production site.” I wonder if Katie would avert her eyes from the immodest breast, thankful that she can find this reality actualized in text, somewhere, or in her own life, so purity may not be wounded.

Understand, I am not being remotely snarky or sarcastic, here — I have no issue with either of these female writers; for all I know they are perfectly wonderful, intelligent people who do much good as they walk the earth. I’m simply wondering at what point any of us — “liberal” or “conservative” — risk choking our own ability to be generous to humanity, or to even see humanity in its fullness, because our interior vision has become, like a carotid artery, clogged with the plaque and detritus of what we have been smoking and chewing on most obsessively.

And if we cannot see the fullness of humanity, because we are too busy policing it across gender lines or measuring its bodice, we will never be able to comprehend the fullness of God, who is all width and breadth. He is already more than we can take in, but especially when our lenses are fixed and locked upon one location. 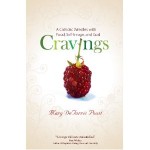 January 3, 2013 Cravings: New Personal Perspectives for a New Year
Browse Our Archives
get the latest from
Catholic
Sign up for our newsletter
POPULAR AT PATHEOS Catholic
1

An Ordinary Catholic
Steel Magnificat
Related posts from The Anchoress

Tolkien And The Way To Overcome Evil
Those who work for and promote the good, those who seek justice...
view all Catholic blogs
Copyright 2008-2021, Patheos. All rights reserved.