Am I a Cynic, or Simply Observant? Both?

Since I am both socially inept and an introvert (not an automatic blend; I’m just a particularly clumsy amalgam of the two) to me, watching from sidelines is altogether preferable to deep engagement. This has made me pretty observant, or at least that’s what I took from it when my mother — reaching for an answer when queried as to why I was “so odd” — said, “well, she’s very observant…”

Two really excellent columns by women I admire have crossed my screen today, and in both cases, I found myself reading them and thinking, “man, I was pondering that (or something like it) a couple years ago.” 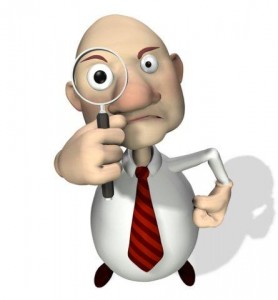 And that made me wonder about myself and whether I am a cynic — a character trait I dislike in myself and others — or simply observant? Or am I both, a kind of cynical observant?

Megan McArdle’s piece on The New Mandarins got it going. She writes:

. . .to some extent, the current political wars are a culture war not between social liberals and social conservatives, but between the values of the mandarin system, and the values of those who compete in the very different culture of ordinary businesses–ones outside glamor industries like tech or design. . . A window that opened is closing. The mandarins are pulling away from the rest of America.

I include myself in this group. Though I completely lacked the focused ambition of the young journalists I meet today, I am a truly stellar test-taker, from a family of stellar test-takers…Nor do I think that these are bad things to have. Verbal fluency, fast reading, and a good memory are excellent qualities–in a writer.

But they are not the only qualities worth having, and the things that mandarins know are not the only things worth knowing. My grandfather had maybe ten books in his house (that weren’t written for children), but he could take a failing service station and make it succeed, while I’m pretty sure that I would take a successful gas station and make it fail. He also, I might add, was very successful at actually running a small town (as an alderman) and a charitable institution (the local Rotary). I’m not sure we’re better off cutting off the paths to success and power taken by people like him, so that we can funnel it all through a series of academic hoops. I’m not sure we haven’t ended up with a class of people who know everything about gas stations except what it takes to make one succeed.

I urge you to read McArdle’s whole piece, because she is ringing a warning bell about the devaluation of broader-perspectives — born of different experiences — in the increasingly narrow-minded world of letters and “ideas” and “solutions.”

She does it better, of course, but I had similar concerns, just about two years ago, at First Things:

It is a wonderful thing to sit in a classroom and grow in knowledge, if one is in fact doing that, but often it seems that degrees should be awarded in going through the motions; they come without a genuine expansion of thought, or an enlargement of wonder. And, to paraphrase Gregory of Nyssa, it’s the wondering that begets the knowing.

Jeff “Skunk” Baxter dropped out of Boston University to start playing guitar in various local bands and became a founding member of Steely Dan and an occasional Doobie Brother. While he still accepts studio gigs, Baxter also chairs the Civilian Advisory Board for Ballistic Missile Defense and consults with the Pentagon, the Department of Defense, the intelligence community, and various defense manufacturers. His expertise in the area of missile defense systems and tactics is considerable, and he is self-taught. An interest in recording technology got him to wondering about military hardware, and things took off from there.

As McArdle notes the “mandarins pulling away from the rest of America” I’d ranted in 2010 about the “Credentialed Gentry and the Unpersuaded Yahoos”.

I’m no seer. I’m not a prophet by any means, but I was kind of patting myself on the back for being “observant”, until I read Peggy Noonan’s piece today, on President Obama’s taste for sound and fury:

Obama thrives in chaos. He flourishes in unsettled circumstances and grooves on his own calm. He spins an air of calamity, points fingers and garners support. His only opponent is a hapless, hydra-headed House. America has a weakness for winners, and Republicans just now do not look like winners. They have many voices but no real voice, and no one saying anything that makes you stop and think. Mr. Obama, on the other hand, is a singular character who tells you in measured tones that we must have measured answers. Half the country finds his politics to be too much to one side, but his temperament is not extreme and he often looks reasonable. With this gift he ties his foes in knots to get what he wants, which is higher taxes. He wants the rich to pay more and those he judges to be in need to receive more. End of story. Debt and deficits don’t interest him, except to the extent he must give them lip service.

And so far this seems to be working fine for him. A USA Today/Pew Research Center poll out this week reported half the respondents said it will be the Republicans’ fault if the sequester goes through. Only a third said they’d blame the president.

Well, this was my sheer cynicism, from 2009: “Obama Company Theater: Chaos and Cajolery”, and, “Not Incompetence, Planned Chaos:

The cajolery is almost over. One more election cycle is all it will take to wholly and forever “remake America” so the stage is being set for chaos. And when chaos comes (and it feels like we’re in rehearsals for it, right now) this administration will “do what it has to do” for the sake of America.

Which will probably have little-to-nothing to do with the constitution.

I read that and think, “terrible, awful cynic” and I am ashamed of myself. Then I look around at this administration’s HHS Mandate theatrics, which play with the first amendment, and the demagoguery of our second amendment, and I think, “cynical or just observant?”

And then I realize how grateful I am to Pope Benedict XVI for forcing my focus away from the political arena, where nothing good abides in me, and making me focus on the church arena, where grace might finally penetrate, a little bit, as I really, sincerely do wish it to

When I wrote “I want to love, again”, I meant it. Increasingly I think that means I must just stop writing about or even observing the Kabuki Theater coming out of DC and our most “dire” questions of the day. I’m pretty sure I know how these dramas are going to end, anyway, and I am inclined, finally, gratefully, to put away the busy, anxious things, (because I am really not sure, anymore, how to balance the political interests and the religious ones, without constantly slipping away from mere observation into cynicism) and choose the better part.

And anyway, the church is about to provide us with more than enough drama for our tastes, for the foreseeable future. (H/T New Advent)

Reblogging: Must We Resign Ourselves to Violence
Vox Nova blogger Julia Smucker is a regular contributor to the blog...
view all Catholic blogs
Copyright 2008-2021, Patheos. All rights reserved.
Close Ad