Interviewing John Thavis: Inside, under and atop the Vatican

Interviewing John Thavis: Inside, under and atop the Vatican March 4, 2013 Elizabeth Scalia

After receiving an advance copy of John Thavis’ timely new book The Vatican Diaries, and enjoying it immensely, as I relate here, I emailed a few questions to Thavis — the “retired” former Rome bureau chief for Catholic News Services who is currently back in Rome covering the impending conclave, and even blogging at his own site. 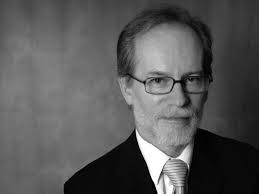 Since I am so highly recommending his book — and I really urge you to pick it up as soon as you can, and read it as a lead-up to all the conclave coverage — I thought you all might like to “meet” Thavis, a little bit. I appreciate his entertaining my questions since, as we all know, I’m not very good at coming up with them.

ES: I really did enjoy The Vatican Diaries. I read almost nothing all the way through, these days, but yours kept me up all night, and I read it in one sitting. You mention briefly that you never went to Rome with the intention of being a journalist; you were a student of the classics, studying archeology, and then?

JT: I studied classical languages after I graduated from university, and had decided to go to graduate school in classics. I had a great interest in archeology and I signed up for two university-sponsored digs in Sicily in the summer of 1977. I loved the digs, but I loved Italy even more, and at the end of the summer I decided to stay in Italy and abandon academia (though I later studied Latin with Foster). After teaching English in northern Italy for several months I came to Rome in the spring of 1978, the day before the Red Brigades kidnapped Aldo Moro. Sensing an opportunity, I walked into the office of the Rome Daily American and was hired as a headline writer. That’s how I became a journalist.

A reporter covering the Vatican might be considered a kind of archeologist, though, right? You stumble on something unexpected, think there might be something important, just out of sight and then start carefully brushing through depths of layers to see if whether its relevant or can be paved over?

I like your analogy. Reporting on the Vatican is a little like archeology, particularly the care you have to take when you think you’ve discovered something. You have to go about this with a small trowel and brush, not a pickaxe. And often you discover the truth in layers, from one source after another, brushing away the dust as you go.

That last question referenced, of course, your hugely entertaining chapter on Cardinal Edmund Szoka’s determined — and rather typically American — obsession with creating underground parking. For the first time, we hear conclave talk about long-shot American papabile like Cardinals O’Malley and Dolan. How do you think Europeans, and Romans especially, might take to that?

There’s always been a taboo against seriously considering a U.S. cardinal as a papal candidate, in part because of the “superpower” argument — you can’t have one country running the world AND running the church. But I think that argument is heard less often today. For one thing, most cardinals realize that an American pope would not really be carrying forward a U.S. political agenda. For another, I think particular geographical loyalties in general are weaker today; the church is more globalized.

One could argue that an American pope would perhaps be too much attuned to American issues and problems. Or that when popes need to speak truth to power, it might be harder for a U.S. pope to do so. But I’m not sure any of these arguments are convincing anymore, and if an American is elected I don’t think it would be too traumatic.

What I love about your book is how you’ve taken a subject as unwieldy as the Vatican and made it accessible by giving it to us from the experiences and perspectives of those who might be called “peripheral” players and off-stage voices. Was that your intention or did it just develop that way?

I wanted to tell the “inside” story of how the Vatican works, but not necessarily from the top down. That’s why many of the chapters focus on mid- or lower-level figures at the Vatican. They’re usually the ones tasked with carrying out some policy or another, and so they’re the ones who deal with the problems that crop up. In some cases, these minor characters have suddenly found themselves at center stage — the papal preacher, for example, or the bell-ringer — in ways that can be enlightening or problematic. And in some cases, like sainthood causes, these “peripheral” characters are actually an important part of how the Vatican arrives at decisions. What is most surprising is that these lesser-known figures are often given a surprising degree of freedom to operate. It makes the Vatican a more human, and less hierarchical, place than many would imagine.

Your insights on Benedict XVI seemed very thoughtful and balanced. What do you think will be his most impacting legacy?

I’m certain Benedict will be remembered by different groups in different ways. Catholics will remember him as a great teacher, one who led the faithful back to the roots of the faith, who illuminated the figure of Jesus and who wrote eloquently about the beauty of believing. The wider society will probably remember him as a pope who struggled to govern, and who had a hard time promoting his religious message through the mass media — in part because of a string of public relations miscues that seemed to distract from his message. And of course now he’ll always be remembered as the pope who resigned, and who adapted the office of the papacy in a revolutionary way to the demands of the modern era. 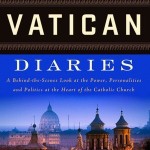 As I have said elsewhere, reading The Vatican Diaries is like spending time with a good talker in a pub. Ed Morrissey calls it “required conclave prep”. I’m hoping Thavis has more to share in future books.

March 4, 2013 "You shine like the sun," and now we can truly see it!
Browse Our Archives
get the latest from
Catholic
Sign up for our newsletter
POPULAR AT PATHEOS Catholic
1

The Grace of God in Scrambled...
Steel Magnificat
Related posts from The Anchoress