“The Vatican Diaries” is one great read – UPDATED 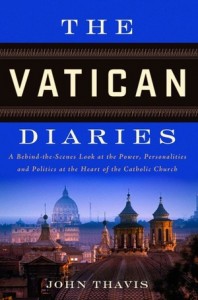 There is an old saying: “if you want to know what is really going on in a city, ask the cabbies; ask the doormen.” Watch the main players in all of their theatrics, but talk to the people no one is noticing, because they notice everything.

John Thavis, Catholic News Service’s recently-retired Rome bureau chief, spent a quarter of century watching the Vatican main players and seemingly talking to everyone, and all of that has translated into a thumping good read. His timely book The Vatican Diaries:A Behind-the-Scenes Look at the Power, Personalities and Politics at the Heart of the Catholic Church grabbed me at the intro and held my attention for six solid hours, to the finish; along the way I found myself laughing out loud at images of reporters trying to punch each other in the face, Cardinals offering their opinions on how to work the stove in the Sistine Chapel like “men around a backyard grill”, hungry Vatican workers gobbling surreptitious bits of banana as the princes and diplomats pass by, and a plane full of liquored-up Vatican correspondents getting face-time with a pope. I found the book so interesting that I demanded attention of my family and read portions aloud until they made me stop interrupting them.

The Vatican Diaries is by no means, though, a frivolous book. Thavis hooks you in with these great stories and images, but they’re often little asides to chapters that give the reader a clear-eye view of the inner workings of the Vatican (and the press that covers it) — how the simple becomes needlessly complicated, and how the very complex sometimes can be solved by something rather simple. There is a fascinating (and rather depressing) chapter about the painful revelations concerning the long deception of Father Marcial Maciel Degollado and his enablers; there are clear-eyed (but very balanced) assessments of Popes John Paul II and Benedict XVI, that look unsparingly at their weaknesses and strengths, but draw no conclusions for the reader. There is an entire chapter simply called, “Sex.”

In his intro, Thavis writes:

The popular image of the Vatican is largely a myth. In the news and entertainment industries, the Vatican is portrayed as an organizational behemoth — monumental, powerful and cloaked in secrecy, a well-oiled machine quietly pursuing a global agenda with a hierarchy that marches in lockstep.

The real Vatican is a place where cardinals crack jokes and lose their tempers, where each agency of the Roman Curia jealously guards its turf, where the little guys and big shots may work at cross-purposes and where slipups and misunderstandings are common. It’s a place where the pope’s choice of a particular hat can become the raging controversy of the day, and where an American cardinal hell-bent on underground parking can evict a two-thousand-year-old necropolis. It’s a place where the carefully orchestrated liturgies and ceremonies sometimes come unglued.

Thavis brings it all to you, in prose that gallops along and keeps you completely engaged. He clearly loves his subject, and that imbues his writing with a friendly voice. Reading The Vatican Diaries is like spending time with a good talker in a pub. You leave feeling informed, and hoping there will be more stories down the road.

UPDATE: Check out my interview with Thavis, here 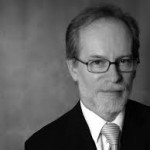 March 4, 2013 Interviewing John Thavis: Inside, under and atop the Vatican
Browse Our Archives
Related posts from The Anchoress