So, something happened yesterday, something I have been praying would happen, regarding many stories, for years — at least since the death of Tim Russert. A mainstream reporter looked up from headlines full of spin, distraction and politically expedient, empty themes (“war on women!”) and said, essentially, “why the hell is this absolute horror in our midst not on every front page?”

The reporter was Kirsten Powers, who reached her breaking point with the Kermit Gosnell Butchering of Women and Children Story that bloggers have written about, but not the mainstream press, and this is what she wrote at USA Today:

Let me state the obvious. This should be front page news. When Rush Limbaugh attacked Sandra Fluke, there was non-stop media hysteria. The venerable NBC Nightly News’ Brian Williams intoned, “A firestorm of outrage from women after a crude tirade from Rush Limbaugh,” as he teased a segment on the brouhaha. Yet, accusations of babies having their heads severed — a major human rights story if there ever was one — doesn’t make the cut.

You don’t have to oppose abortion rights to find late-term abortion abhorrent or to find the Gosnell trial eminently newsworthy. This is not about being “pro-choice” or “pro-life.” It’s about basic human rights.

The deafening silence of too much of the media, once a force for justice in America, is a disgrace.

Brava. Powers’ piece brought energy to social media coverage, especially on Twitter, where Mollie Hemingway and the Twitchy Team went at it nonstop (see threads) and #Gosnell, after all this time, finally began to trend.

As the day progressed, it was stunning to read news junkies and journalists admit in their Twitter feeds that they’d never read a word about Gosnell, the women he has killed, maimed and left sterile or the born-alive babies he played with and joked about before snipping their spinal cords, and sometimes severing their feet, to keep as trophies.

They’d never heard of it! If they’d seen blog postings about it in their timelines, apparently they dismissed them as “right wing, anti-abortion hysterics” and didn’t even bother reading them. Some of them are only just now reading the Grand Jury report (pdf) we detailed ‘way back in 2011, and they are appropriately horrified, but that’s where their comments stop. The rest is silence.

Will that horror translate into serious examination of the story, of the multitude of questions it demands asking, not only about policy but about the kind of country we’ve become and — for journalists — what an incurious and trivial place they have allowed their insulated little world to degenerate into?

Mollie Hemingway is taking a closer look at the lack of coverage, and the excuses some journalists are making for their lack. Apparently, this women-puncturing, baby-slaughtering story is a crime tale of only “local” interest” and has nothing in it that speaks to national policy, human rights, the “war on women” or present discussions taking place, anywhere.

It is a national (and weeks-long) story when a man says he looked over resumes of women, in binders, but the debasement of women slapped (“so hard it would leave a mark”) while in stirrups? Or left unassisted after the tearing of her cervix and colon? No story; nothing to see here, nothing to discuss. No questions to ask. They might be discomfiting.

Since members of the press can’t think of any questions about Gosnell, I figured I would do my part, and give them some starters and jumping-off points. Perhaps it’s been so long since they’ve had to do more than take dictation that they just can’t get the brain-juices up to speed, so here are some freely-offered, not-difficult and completely fair questions that the press is free to use, without attribution:

***Nail salons and Tattoo shops are inspected twice year; Gosnell’s practice had not been inspected in 17 years. Why were inspections suspended? Is it common for abortion clinics to be bypassed? Does that not encourage unsafe, unsanitary conditions to flourish?

***Would Gosnell have severed baby feet and kept them like trophies if he had any fear of surprise inspections? Could regular inspections have saved women’s lives? Did political pressure from abortion advocates precipitate end of inspections, limited regulations?

***How much pro-abortion money flows into political coffers? Did Gosnell ever donate to a party or a politician? If so, could that have given him cover? He apparently pulled down over one million dollars a year and hid money in his mattresses. Were any local or state officials paid off to ignore his depravity? Who might be likely recipients of payola? Follow the money?

***Did ERs treating women with infections, perforated uteruses and colons, or uterine abscesses due to filth and unrecovered fetal remains not report Gosnell to the Health Department and the Medical Licensing Board? In the Grand Jury report, one of Gosnell’s untrained workers, Marcella Stanley Choung, says she filed a complaint with the Department of State, but the department “never acted on it”. Why not?

***Poor, minority women were anesthetized by untrained 15 year-olds, and frequently delivered their late-term (often living) babies into toilets, with no doctor present. At trial testimony we hear, “white women got more and better treatment”. How does this speak to the treatment of underprivileged women. Could this sort of treatment every be ignored if it touched monied white women? If there is a “war on women” isn’t this a trench worth fighting in?

***As Senator, Barack Obama repeatedly voted against mandating medical care for babies born alive during attempted abortion. Does anything in this story change his mind, or speak to the question of when an abortion and a “mother’s right to choose” becomes about “making sure that every child has access to health care and medical treatment”? Does a living baby not qualify as a child?

***Why can’t we ask Obama that question, when he clearly fought passionately against legislation specifically addressing this story?

*** Is the Gosnell story a moment the president can lead us through?

***Is willingness to ignore Gosnell story an indictment of our own corrupt and mindless allegiance to idea that is warping our humanity? Which idea might that be? Are you really going to try to blame pro-lifers for this mess? Should we re-examine the fruits of our laborious silences?

***Why are these people angry about laws meant to better-regulate abortion clinics?

***Why was Gosnell holding on to all those fetal remains in freezers? Is there a market for fetal tissue that encourages late-term abortion?

***Is it possible Humanae Vitae was prophetic?

UPDATE I:
Having finally been exposed to the Gosnell story, Conor Friedersdorf , agrees that Gosnell’s trial should be a front-page story, and extensively covered.

…this isn’t solely a story about babies having their heads severed, though it is that. It is also a story about a place where, according to the grand jury, women were sent to give birth into toilets; where a doctor casually spread gonorrhea and chlamydiae to unsuspecting women through the reuse of cheap, disposable instruments; an office where a 15-year-old administered anesthesia; an office where former workers admit to playing games when giving patients powerful narcotics; an office where white women were attended to by a doctor and black women were pawned off on clueless untrained staffers. Any single one of those things would itself make for a blockbuster news story. Is it even conceivable that an optometrist who attended to his white patients in a clean office while an intern took care of the black patients in a filthy room wouldn’t make national headlines? [emphasis mine – admin]

Multiple local and state agencies are implicated in an oversight failure that is epic in proportions! If I were a city editor for any Philadelphia newspaper the grand jury report would suggest a dozen major investigative projects I could undertake if I had the staff to support them. And I probably wouldn’t have the staff. But there is so much fodder for additional reporting.

There is, finally, the fact that abortion, one of the most hotly contested, polarizing debates in the country, is at the center of this case. It arguably informs the abortion debate in any number of ways, and has numerous plausible implications for abortion policy, including the oversight and regulation of clinics, the appropriateness of late-term abortions, the penalties for failing to report abuses, the statute of limitations for killings like those with which Gosnell is charged, whether staff should be legally culpable for the bad behavior of doctors under whom they work…

There’s just no end to it.

Yes, and hopefully now some coverage will begin.

UPDATE II:
Deacon Greg Kandra, with over 20 years at CBS News under his belt also has questions for the press:

1) Why do you think the Gosnell story isn’t important?
2) What elements does it need to make it important?
3) Since abortion is one of the most hotly debated and divisive issues in the country, do you think perhaps there might be widespread interest in this particular abortion story?

Related:
Why They Won’t Talk About Kermit Gosnell
9 things you should know about this trial

How do we define a holocaust?
If Gosnell had killed puppies, we’d have a story!
Or, you know…baby seals
Heather King’s “Poor Baby”
Ed Morrissey has more thoughts
Our Daughters Dreams Arise of This Glad Slaughter 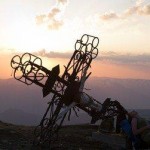 April 12, 2013 Is MSM Awareness of Gosnell a Wave in Tide of God's Mercy? UPDATE
Browse Our Archives
get the latest from
Catholic
Sign up for our newsletter
POPULAR AT PATHEOS Catholic
1