Shall we Embrace Human Wholeness in Church and in Government?

Shall we Embrace Human Wholeness in Church and in Government? May 10, 2013 Elizabeth Scalia

Deacon Greg features this with thoughts on the importance of second chances, and that’s certainly part of this bit with Governor Christie and Former Governor McGreevey, both in context and subtext. But I’m seeing something else.

I see an increasingly recurrent theme being given expression here, but it’s one coming from various corners, and with a little room, and a little attention, it could possibly restore both our national equilibrium and our church-wide, spiritual balance, as well. What is it? A willingness to embrace the wholeness of humanity, rather than simply shutting out any idea, or any person, not in full conformity to our ideologies, our worldviews and our understanding on all the questions of mind, matter and spirit. It is a trend — hopefully a Holy Spirit-inspired one — to truly become post-partisan, post-labels, post-side-clinging-screaming-scheming animus.

We see it in Rome, where Pope Francis is demonstrating a willingness to talk of mercy and of justice with equal bluntness; his language is not couched with qualifiers; he is not so overcareful with his words that he risks smothering his point. Most importantly, he’s not spinning anything in order to skew it for the advantage of one particular view over another, and he is not belittling anyone. For Francis, I think there are not two views; there is only one: the lover of God strives to embrace God’s Word in fullness, which means no cherry-picking but faith lived with so much tenderness toward others — tenderness that is safe, because it is rooted in Christ — that there will be enough to go around when one needs a little tenderness, oneself.

Francis has very quickly demonstrated that he is willing to make both “conservative” and “progressive” Catholics a little uncomfortable if it teaches us about embracing the wholeness of humanity within the church, and beyond.

We see it here, with Christie and McGreevey, two men who could not be more different in comportment, outlook or expression, but who are managing to work together for something better, and bigger, than mere political gain — because it too is about embracing the wholeness of humanity both personally and beyond. This is a joint-interview full of Mercy, but also yes, Justice. Both men are managing to reach beyond the pointless, increasingly toxic partisan schtick, and beyond the labels, to do the right thing, but neither is giving up who he is while doing so. I think that’s really made clear when Christie shares that McGreevey will advise him and “some advise I accept, some I reject…” but as adults capable of respect, acceptance or rejection of an idea, or an opinion, does not mean enmity must follow.

We also see it here, in Marc Barnes’ piece, where he delves into how destructive and suffocating we have become by our incessant need to distinguish ourselves, hyphenate ourselves and label ourselves and others — which makes everything all about us — and thus takes us away from the wholeness of humanity in church, in government, in the world:

The Catholic Church transcends the idiocy of both liberals and conservatives by transcending the very language of liberalism and conservatism, claiming — with their founder, Jesus Christ — that there is one faith, a faith that frustrates everyone as Pope Francis frustrates everyone, simultaneously declaring a love for the poor, an intolerance of unjust economic schemes, and an opposition to the objectification of children within gay marriage and IVF. Far better than giving the world an opportunity to subsume you into a political label is to be Catholic. Then, when Pelosi begins posing, you have — as a Catholic, not as a conservative Catholic — the opportunity to explain that Catholicism, naked without shame and preceding adjectives, is a faith lived insofar as we “believe and profess all that the holy Catholic Church teaches, believes and proclaims to be revealed by God,” and that — shock and terror — the Catholic Church has written these revelations down in the finalized language of authority, so we can all check up on whether or not support for abortion is Catholic, successfully ignoring the liberal/conservative dichotomy that makes this country stupid. 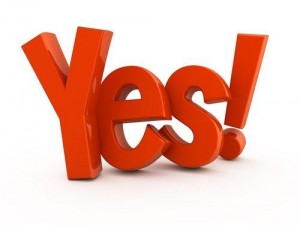 The power and reality of the “Yes” of the church has been broached by Pope Francis (who calls the church “a community of ‘yes'”!) and Cardinal Dolan. Recently the New York Times Magazine did a feature on a 31 year old Wharton School professor, Adam Grant, who simply never says no, because “yes” is so much better. From a completely secularist point of view, he says something Jesus would heartily endorse: “…my responsibility is to be open.”

I’ve written about the importance of “yes” too, several times here on the blog, and even in my book:

What has “no” ever created, besides Hell? And what is Hell founded upon but the “no” born of a prideful idea of self that became an idol and drew beings, willfully, away from God. Having been offered the breadth and depth of vast creation, having lived with and for truth that is bright, alive and sometimes scary in its ever-newness, angelic beings settled for the stultifying sameness of self, and then we humans did it, too. We settled for ideas that do not grow and opportunities that do not appear. We settled for atrophied potentialities, which, perhaps, seemd safer to hoard to the self rahter than offer to God, who with our every consent expands creation.

Nothing grows in “no”.

Something is in the air; something is stirring the waters, like an angel at the healing pool. It is, perhaps, the surrender of the kneejerk word “no” that has penetrated too deeply into all of our dialogues and exchanges, and paralyzed us civically, personally and spiritually.

The embrasure of the world “Yes” does not mean a free-for-all — and sometimes “Yes” must come with a surprising balance of “no” in order to be more fully the “yes” that frees us and sustains us in freedom — but it might be a good step away from shadows and toward fullness of light.

Let us not be afraid to meander into “yes”

May 10, 2013
Catholic and Christian Themes in Star Trek?
Next Post 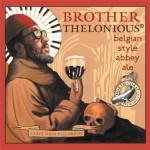 May 11, 2013 Brother Thelonious: A Second Favorite Beer
Browse Our Archives
get the latest from
Catholic
Sign up for our newsletter
POPULAR AT PATHEOS Catholic
1

Catholic
Why Yes, I Do Think Reforms of Annulment...
The Anchoress
TRENDING AT PATHEOS Catholic