No! Sharyl Attkisson’s computer breached? Get OUT!

Well, this is interesting. A few months ago, there were whispers that CBS News was becoming, shall we say “testy”? Let’s settle on “testy” with its award-winning, intrepid journalist, Sharyl Attkisson, because…well…she just wouldn’t leave stories alone. First it was the Fast and Furious “non-story” — nothing to see there! Then it was Benghazi — where no one knew anything, no photos from the situation room were available, , um, scratch that, but what difference did it make, anyway!

There she was asking questions and refusing to stop picking at the big bumps showing from under the rugs, and for which no one was ever held accountable, ever.

This was bad journalism, you know. People at CBS — the news network that brought us Edward R. Murrow and Walter Cronkite, Dan Rather and Katie Couric — seemed to feel that asking questions of the Obama administration was edging dangerously close to advocacy.

We don’t know if David Rhodes, president of CBS’s news was among the number who feared for Attkisson’s integrity, or whether he ever communicated about it with his brother Ben, who happens to be a national security adviser for the Obama administration, but surely their conversations would never traipse into conflicts of interest. Let’s take that on good faith, shall we?

Because, heaven knows, professional journalists abhor advocacy in all forms, under all administrations, and routinely guard themselves against conflicts of interest.

And then, too, there was Attkisson sounding all paranoid, saying that she thought her computer had been breached, somehow. You know, tampered with. She certainly sounded silly! I remember seeing the tweets fly by my timeline saying, “she’s a craaaazy lady” and advising CBS News to put her out to pasture, somewhere.

I think CBS News will have a difficult time letting Attkisson go, though, now that CBS — having had her computers checked out by forensic specialists — admitted a few hours ago that, uh, yeaahhh…someone pulled data from Sharyl Attkisson’s computer.

But don’t be alarmed, says CBS:

To be clear, the federal government has not been accused in the intrusion of Attkisson’s computer; CBS News is continuing to work to identify the responsible party.

Well, that’s a relief. I’m super glad they took the time to caution readers not to immediately suspect the federal government — which never does anything worth reporting on in any sustained or investigative manner — might be behind it.

As Ed Morrissey notes, “It doesn’t pay to jump to conclusions”. And he’s right. So, we won’t.

But we will note, as Ed does at that link, that Attkisson’s computer was tampered with in “late 2012” and,

What was going on in “late 2012″? Well, that would have been the controversy over the terrorist attack on our consulate in Benghazi. And, checking the record, we see that Attkisson had a very interesting scoop on October 20th, relying on anonymous military sources that called into question the Obama administration’s claim that they couldn’t have responded in time to assist in the attack.

Oh, pshaw, now, don’t get all cynical! Everyone knows the Benghazi story was dead by then! The big news was the presidential election, only a couple weeks away!

Seems to me, though — a story like this — we ought to ask a couple of questions, at least.

It would be interesting, wouldn’t it, to pull out some of the Romney campaign’s computers and see if they show the kind of evidence that CBS’s experts found on Attkisson’s computer?

Actually, he asks a second question:

Say, if they can do that, couldn’t they plant incriminating stuff on your computer, too?

Eww, I hadn’t thought of that!. Well, that sort of shoots to crap that whole “if you have nothing to hide, you have no worries” idea, doesn’t it?

In fact, Reynolds has third question, because he is an impudent Yalie who doesn’t know his place down there in flyover country:

All good questions, Glenn, but I have another: given the breadth and depth of legal-but-unprecedentedly-broad the PRISM program, Obama’s rumored habit of using sealed records against his opponents in times past, and the administration’s apparent need to examine its citizenry with a finer-toothed comb than any yet used, what makes you think anyone is about protecting Obama? Maybe they’re just protecting themselves?

Maybe a lot of people are protecting themselves?

It’s worth noting that the press has already abandoned the IRS story, and it never even bothered with the Sebelius shakedown story which was, I grant you, nowhere near as scandalously corrosive to our trust in government as the IRS story. But dead is dead, you know; the PRISM story is currently being adjusted. The press still controls the national conversation, and these stories that would have them screaming bloody murder and rolling up their sleeves to investigate (and inviting layfolk in to crowdsource for them) if only this administration had an R after it? Poof! Gone the way a good magician makes anything disappear while misdirecting the audience’s attention.

I thought of one more question: Journalists got really, really mad at the administration when it was discovered that it was scouring phone records of the Associated Press, and that it was criminalizing reporters like James Rosen, for doing their jobs. They were so incredibly furious that they gave the story perhaps ten days of outraged-and-then-increasingly-perfunctory coverage (they put the funk in perfunktory!), before dropping the whole matter altogether on the strength of the White House saying, “why of course we respect you! Of course we would never, never want to see you prosecuted! We don’t want you too intimidated to do your jobs! We love you! You’re vital to the nation, yessiree!.

My question is, will the mainstream media remain in their Stockholm Syndrome or will they actually get upset enough by the Attkisson story, say “that’s alls I can takes, I can’t takes no more!” and begin to chase the administration?

Oh, darn it, there I go again, being all unfairly suspicious and not keeping an open mind, because hey — there might not be any story here, at all. Maybe no one important breached Attkisson’s computer! In fact, maybe Snowden did it, just to make the government look bad! Yeah, that’s the ticket!

Or, not. I frankly still don’t know what to think of Snowden.

Feingold tried to warn us
Choose one 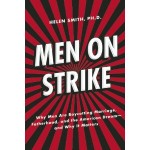 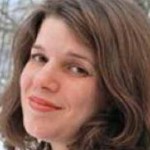 June 17, 2013 Welcome Simcha Fisher, Pants and All!
Browse Our Archives
Related posts from The Anchoress