“We are Church.” As self-referential as the Curia.

“We are Church.” As self-referential as the Curia. October 8, 2013 Elizabeth Scalia

You might think it takes a peculiar sort of mind to find common themes uniting an interview with Antonin Scalia and an exhortation from Pope Francis, and you’d be right. My piece at First Things this week brings these two divertingly counter-cultural men together on the subject of narcissism and idols:

After his election to the papacy, notes were released outlining the pre-conclave intervention delivered by Jorge Mario Bergoglio, which many of the Cardinal-electors said impressed them greatly, particularly in its call for the church to “come out of itself”:

When the Church is self-referential, inadvertently, she believes she has her own light . . . and gives way to that very serious evil, spiritual worldliness. It lives to give glory only to one another.

A month later, in a letter to Argentine bishops he hit the theme again, saying that a self-referential church, “sickens from the stale air of closed rooms . . . only looking to and relying on itself.”

Pope Francis was describing, or perhaps diagnosing, the illness of an institutional church turned too far in upon itself—self-protective to a fault and too comfortably insulated in its own Curial echo chamber to be able to properly hear or respond to the world beyond itself. He could just as easily be understood as addressing the People of God, particularly those of us in the pews of the West, who spend countless hours everyday on Twitter and Facebook boards, mostly talking about ourselves, not only in our own feeds—where we share pictures of the meal we are about to consume, and the thought we have just had; and the next thought, and the next—but also in the feeds of others, where we share a usually pointless comment about their posting, that is really just another chance for us to talk about ourselves.

Twitter is a social media echo chamber, too, but because of its character limit and the speed with which it moves, it is more akin to a virtual pub. One can check in several times a day, snatch a few headlines, exchange a bit of 140-character banter and make an exit. Facebook, on the other hand, is a giant self-referential Boutique Church of Me, where the seats are large and comfortable and the mirroring so cleverly placed that one has a sense of enlargement when the world has, in fact, become peculiarly shrunken, and the fragrance of so much personal validation from so many “friends” has masked the toxicity of air gone rancid from the murmurings of mutual hosannas and soul-stealing gossip. Facebook, to quote Francis, “lives to give glory only to one another,” unless we actively steer our intentions toward giving glory to God.

You can read the rest, here.

And don’t think for a moment that I’m not including myself in that whole indictment. I avoided Facebook for as long as possible before work needs more or less forced the issue, but if Nino Scalia is wondering where the devil has gone to, I’m convinced it’s to social media, which is the devil’s own playground. Every time I do more than post pieces from Patheos bloggers and writers to Facebook — every time I go into the comboxes and threads — I am right in it — absorbed into and lost in that Self-Referential Church of Me, me, me. 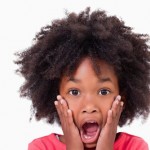 October 8, 2013 Yes, this might have freaked me out...
Browse Our Archives
get the latest from
Catholic
Sign up for our newsletter
POPULAR AT PATHEOS Catholic
1

The Dangers Coming From the 2021...
A Little Bit of Nothing
Related posts from The Anchoress