My column at First Things today is about what creates grown ups in the world, and what happens to the world when we resolutely refuse to be raised into it:

A psychotherapist friend once confessed to me that she still makes each of her five grown children call her on rainy nights, to tell her they are safely at home. “So many mothers run away from their children or put them in nurseries or go out to work,” Dorothy Day noted, “because they can’t stand . . . the suffering that such love entails.”

Sound parenting involves being a grown up, but almost none of us really are, when we get started. A parent becomes one within the act of learning to be a family-unit, amid the constantly changing dynamics of individuals advancing through life-stages together. One could argue that as parents raise the children, the children, quite paradoxically, raise the parents. When parents resist being raised, families break down and collapse.

I’m sure someone in the combox will pipe up, “I’m childless and quite mature, thank you.” Maturity is different. There is a kind of growing up that only comes from life-commitments and sacrifices that force complete selflessness, and most of the time, that doesn’t mean a career you give hours to; that work is ultimately self-serving. Most of the time, it means a kind of parenting, either in actuality or the abstract; it means putting your whole self out there for dependent human beings who may turn around in thirty years and utterly break your heart, because, in truth, you raise them — and they raise you — but you never own them.

Something happens when you make that sacrifice, and allow yourself to be denuded; like flowering bushes, when we are cut back, we grow more fully. Growing into your best, most authentic, most mature self will cost something of you.

That is the adulthood that only comes when you are living your life in a state of controlled surrender and responsibility, within the dynamics of family. That holds true even when the family dynamic is adopted or adapted-to (as with monasticism). Within that structure — which is about all sorts of “family” forms that arise when we embrace the notion of vocation — we raise each other and grow together. Without it, we become Japan — sterile and self-interested, but only until we disappear completely:

A recent report explores whether a perceived lack of hope, mixed with evolving social norms and governmental interference, is behind the alarmingly low marriage and birth rates in Japan. I wonder, though, if having a career and going out with friends simply seems easier to people than committing to the long haul of lunacy and sorrow that comes with the intimacy of familial relationships.
[…]
Unmentioned within the piece is any notion that marriage and family—far from being simply one more life choice among many—is a true vocation, one capable of bringing depths of meaning and fulfillment that go beyond the satisfactions of work and friends. 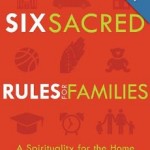 Recent champions of such an idea include Tim and Sue Muldoon, authors of a new book, Six Sacred Rules for Families: A Spirituality for the Home. The Muldoons. . .They manage, in a slender volume, to outline and discuss what a terrible, beautiful, intrusive, and ultimately enriching thing it is to cast our nets into the depths of marriage and family life.

“Family life is a crucible of letting go of our egos,” they write.

“It is critical that parents model for children what it means to live compassionately, to practice obvious acts that show children how to choose to participate in building a Kingdom larger than oneself.”

What happens to a society in which no one wishes to be a parent, to abandon ego in order to model compassion and sacrifice in a way that forms healthy adults and, by extension, healthy nations? If we put adulthood into suspense and choose to live like perpetual college students—focused on the self to a profoundly exclusionary degree—will the political class become the de facto adults in our society? If so, what values will they model?

You can read the whole thing, here. You have to go there, anyway, if you want to understand the egg picture!

RELATED:
Ethika Politika says: “. . .criticism might best be directed not toward the lustful and immodest, but toward the cold and calculated. At the end of the day, it may just be the latter that claims the greatest victory over personal community.”

Both men’s books, by the way are Current Features within the Patheos Book Club.

And speaking of marriage, family, kids, do check out Simcha Fisher’s spectacularly-received debut book: The Sinner’s Guide to Natural Family Planning. It is as grown up as it gets, but wise, funny and compassionate, too.

Also: Mollie Hemingway on Fecundophobia: the fear of children and fertile women. 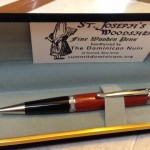 October 22, 2013 Pope Francis Turns the World's Words Back at It
Browse Our Archives
get the latest from
Catholic
Sign up for our newsletter
POPULAR AT PATHEOS Catholic
1