This morning, for no good reason, I awoke with this song in my head:

Billy Joel talking to himself, and the rest of us, about how quickly insulation and unreality seep in when we attain a measure of financial and professional success that the world admires:

All the people want to know your name
Soon there will be lines outside your door
Feelings do not matter in your game
Yeah, ’cause nothing’s gonna touch you anymore

You have lost you innocence somehow
But everybody loves you now

Sounds like a priority-spinning, values-wasting, perspective-perverting nightmare, to me — one that makes me glad to be a nobody, and also to hope that if my son actually does manage to be even a little successful in his musical ambitions, he’ll keep someone close-by to him to remind him that, at the end of the day, he’s a fool and an idiot, just like the rest of us; really not all that.

Seriously, if you look at the people who “make it” who manage the fame, the fortune and the power that comes with it, would you really want to change places with them? I wouldn’t. As nice as it might sound to have a vacation home on the Mediterranean or to be able to access a private jet and go anywhere on a moment’s notice — and yes, that does sound great, doesn’t it? — the trade-off is a weird isolation, where you’re traveling among a set of people you probably would never want to be around in other circumstances, but they’re the ones who “make things happen” and “open doors” and besides, you’re no longer in a position where you can stroll into a local corner pub and order a sandwich. Too many strangers, now, too unsafe.

Ah, you know that nothing lasts forever
And it’s all been done before
Ah, but you ain’t got the time to go to Cold Spring Harbor
No more

Worldy success may deliver unto us many, many things — more things than we could ever need or use — but it costs almost everything, too: the sense of personal freedom that comes with anonymity; being able to trust that people are telling you the truth, instead of what you want to hear; losing the efficient friction that comes from hearing the word “no”, from time to time.

There is a whole chapter in Strange Gods devoted to the Idol of Prosperity, and how subtly we serve it; how it confuses society until it insidiously owns all of us; how the “haves” cling to and protect their wealth while the “have-nots” are prompted to simultaneously resent the rich and strive to join them.

When we are wealthy, we are segregated from ordinary people and ordinary realities, things like standing in lines, struggling with bills, and relying on mass transit. We stop identifying with those from whom we are separated. When we can no longer identify with others, we can begin to dehumanize them. When we dehumanize others, we lose sight of God, for we are made in his image, and thus we embrace a dreadful spiritual poverty in which we see only ourselves as a divine image. Rather than our world becoming enlarged, it becomes smaller. Our circle of acquaintances becomes more select, which means our perspective becomes diminished as well. Surrounded by others who are accustomed to hearing only yes and who believe they are charting their own destinies (absent any bothersome God), we turn and away from our better angels. And then we become lonely, and we do not know why.

But while the pope is, justifiably, dressing down the “bishop of bling”, I wouldn’t make the argument that wealth is, in and of itself, an evil thing. Saint Paul says the love of money is the root of all evil, not the money itself. Just as guns are simply objects, only made evil in how they are used, money is just money, and how you attach to it, and what you choose to do with it, is what corrupts the soul.

Prosperity is not evil in and of itself. A wealthy nation is one that can respond quickly and effectively to help another nation in crisis. A wealthy philanthropist can do a great deal of good for others. It was the wealthy Joseph of Arimathea who had the coin, the connections, and the clout to have Jesus’s tortured body removed from the cross, shrouded in fine linen, and entombed before the Sabbath. All of this was essential to the Resurrection. But prosperity can be a fast and powerful vehicle for driving us away from what Christ has told us is essentialwhich does not include getting rich.

In the end, everything always comes down to our intention, and with how we use the gifts we are given. You could do a great deal of good with money, if your heart is open to it.

And I’d start a foundation, to give music lessons and instruments to people who can’t afford or have been denied them — kids and adults, alike. I’d call it “The Saint Cecilia Joyful Noise Foundation for Musicians at Any Age.”

As you can see, I have put a bit of thought into this.

But the lord knows me better than I know myself, and he obviously knows I can stand neither temptation nor testing, in the moolah department.

And I’m really okay with that.

See how all the people gather ’round
Hey, isn’t it a thrill to see them crawl?
Keep your eyes ahead and don’t look down
Yeah, and lock yourself inside your sacred wall

This is what you wanted; ain’t you proud?
Cause everybody loves you now

October 22, 2013
Pope Francis Turns the World's Words Back at It
Next Post 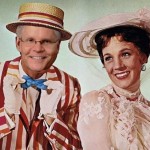 October 23, 2013 The Problem of Maria: Deacon Greg Says "Don't Solve It"
Browse Our Archives
Related posts from The Anchoress