As the guy in the Emerald City would say, “Well, bust my buttons!”

A new brain connectivity study from Penn Medicine published today in the Proceedings of National Academy of Sciences found striking differences in the neural wiring of men and women that’s lending credence to some commonly-held beliefs about their behavior.

In one of the largest studies looking at the “connectomes” of the sexes, Ragini Verma, PhD, an associate professor in the department of Radiology at the Perelman School of Medicine at the University of Pennsylvania, and colleagues found greater neural connectivity from front to back and within one hemisphere in males, suggesting their brains are structured to facilitate connectivity between perception and coordinated action. In contrast, in females, the wiring goes between the left and right hemispheres, suggesting that they facilitate communication between the analytical and intuition.

“These maps show us a stark difference–and complementarity–in the architecture of the human brain that helps provide a potential neural basis as to why men excel at certain tasks, and women at others,” said Verma.

For instance, on average, men are more likely better at learning and performing a single task at hand, like cycling or navigating directions, whereas women have superior memory and social cognition skills, making them more equipped for multitasking and creating solutions that work for a group. They have a mentalistic approach, so to speak.

Read it all, because it’s very interesting:

Emphasis mine, but how politically incorrect of science to suggest that men and women are not only different, but — egad! — apparently designed to complement each other. Almost as though they are meant to fulfill each other.

This is going to be very bad news to those wishing to make war against those “complementarians”, those folks who dare to argue that men and women um, complement each other in ways uniquely suited to facilitate a balanced management of the world and all of its unique ideas and people.

Being Catholic, of course, I love science, especially when it walks with theology in companionable complementarity, as it so often does.

That’s all I’m going to say, because I long ago made peace with my active female priesthood and the ongoing, ever-present, dynamic female ministries ministries of female preaching, teaching, healing and — perhaps most importantly — of being present to others, in a kind of spiritual motherhood; this has existed amid Catholic women since the beginnings of the church.

Yes, the Catholic church, the one that was telling women to run with their heads while the rest of the world was telling them to shut up and make sammiches or go sew something.

Billy Kangas has more, though, as he takes the call for schism head-on, point-by-point.

Rebecca Hamilton, on the other hand, has a spiritual and spirited take on that call to schism. 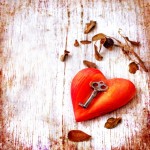 December 2, 2013
Synchronicity of a Sort: Divorced/Remarried Catholics and Communion
Next Post 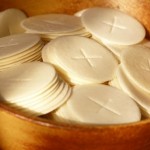 December 3, 2013 Annulment Reform: "Amnesty" or Necessary Mercy? UPDATED
Browse Our Archives
get the latest from
Catholic
Sign up for our newsletter
POPULAR AT PATHEOS Catholic
1