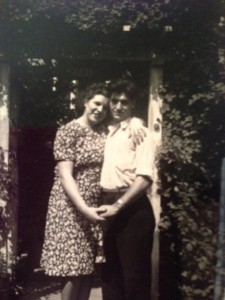 Both of my parents were born in Brooklyn, but my father never betrayed it much; he’d somehow managed to lose his “deese, dems and does” in young adulthood. My mother, however — while extremely precise in her speech for the most part — managed to hang on to a few ear-shuddering noises specific to Cropsey Aveneue (using “bot’l” for “bottle”, for example) and speak them to her dying day. I think she did it consciously, and stubbornly as a means of honoring her scrappy Scots-Irish roots.

She loved to tell about the time she left Brooklyn as a young mother to visit my father while he was stationed in Biloxi, Mississippi. With my sister in tow, she walked into a small general store and asked the proprietor for, among other things, “a bot’l o’ erl.”

The shopkeeper peered at her in puzzlement and politely begged her pardon.

“I’m sorry, missus,” the fellow replied, “but I don’t believe I can help you…”

Turning, the grocer saw the bottle of vegetable oil and said with relieved comprehension, “oh, oll! Why din’t you say so?”

I am recalling the story today thanks to Tony Esolen’s always-fun, always-instructive Word of the Day blog, and his latest entry, which focuses on the word SEETHE: 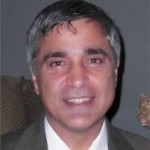 It’s a good old Anglo Saxon word, but it did not mean to grow angry, scowling, waiting the chance to strike. It meant, simply, to boil. Why didn’t the Anglo Saxons say boil if they meant boil? Or berl, if they were from Brooklyn-on-the-Thames? Or bo’ll, if they were from Southwark? They hadn’t been invaded by the French, that’s why. I suppose that English stewards cooking (a French word) soup (a French word) for their dukes (a French word) would boil it – seething with resentment. Boil comes from a stock of Latin / Romance words having to do with bubbling over: an ebullient man is the life of the party.

The old meaning of the word is preserved in the King James account of the manna from heaven: “Bake that which ye will bake today, and seethe that which ye will seethe” (Ex. 16:23). The past tense form wasn’t seethed, but sod (!): “And Jacob sod pottage; and Esau came from the field, and he was faint” (Gen. 25:29). That didn’t mean that Jacob sprinkled dirt into the stew. He sod the stew in a pot: he boiled it.

Strangely enough, we don’t have the old past form, but we do still have the past participle: sodden. But we don’t use it to mean boiled. Something is sodden when it is wet all through, usually miserably so: “I couldn’t wait to take off those sodden clothes.” Not boiled clothes, but sodden, and so almost as bad.

English is peculiar in this regard; I don’t know any other language that is like it.

Read it all because learning about grammar and word origins is fun.

Tony makes it even funner.

December 6, 2013 "Jesu! Jesu!" Thrilling a Crowd at Air and Space Museum
Browse Our Archives
Related posts from The Anchoress