The New School: Saving Education from Itself

The New School: Saving Education from Itself January 22, 2014 Elizabeth Scalia 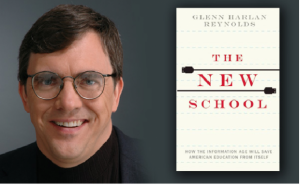 The Federal Reserve also found that those with student loan debt were less likely to purchase houses or cars than those without student loans. This isn’t surprising. [Such debt] doesn’t encourage people to live large. But with young people traditionally being a major source of demand in both the housing and auto markets, two areas deemed important to economic recovery and prosperity — buying first houses and first cars and then moving up to something fancier every few years — this burden is sure to be a drag on the economy as a whole.
— Glenn Reynolds, The New School.

A drag for some time, I should think. Our older son is almost 29, now. His car died last year, and while he is lucky enough to have a full-time job, he cannot afford to replace it. When an uncle offered to give him a very-used but quite respectable vehicle, he had to turn it down, too. His student loan payment is such that it precludes the additonal burdens of fuel, insurance, parking fees and maintenance; even a free car is currently too costly for him, and he’ll be an apartment dweller for decades. Some might call that excellent news: a smaller carbon footprint, no urban sprawl. Okay, if you like it. I’d say anything that narrows one’s options makes one less free. But that’s just me.

A college education is supposed to broaden one’s options, yes? That no longer seems to be the case, particularly if you were persuaded to invest time and money into an arts or humanities degree, and most especially if you took out student loans to boot.

My husband and I did a little traveling the weekend, and I brought along Glenn Reynold’s new book, The New School: How the Information Age Will Save American Education from Itself. In the course of our trip, I managed to read most of it aloud to my husband.

As a rule, he hates being read to, but as we are in the midst of paying off our end of student loans we agreed to “split” with our sons (and they’ll be paying off their parts for many years) The New School captured his attention, and held it for mile after mile.

Regular readers of Instapundit know that Reynolds, a professor of law at the University of Tennessee, has been talking and writing about the “higher education bubble” for quite a long time, and in this book he fleshes out his thinking while analyzing how government-loans-made-easy encouraged students to take on insurmountable debt — and colleges to spend outrageous amounts (often on unwise building and superfluous staff) — even as students and their parents were discovering that their educational “investments” were less likely to pay off in the future as they have in the past.

My husband and I are big believers in education and both of our sons are “certified geniuses” and autodidacts, which means that they are quite able and willing to educate themselves in most areas, and that they actually rather wilt within conventional classroom environments. Both of them detested college, and both begged us to let them quit about two years into it. We, of course, insisted they “get that degree” because it would be the key to their futures.

More fools, us. Our elder son managed to charm his way into a job that has nothing to do with his degree (although, in fairness, he wouldn’t even had gotten an interview without a degree in something) but our younger son, who is making his way as a musician while washing dishes on the side, loves to remind me that — had we allowed him to quit — he’d be further along with his music, and our debt load would be tens of thousands of dollars lighter.

Although increasingly we are champions of internet classes, apprenticeships, skills training, community colleges and the sort of competency testing and credentialing that could cut years and thousands of dollars from one’s degree experience, my husband and I still believe in higher education, and in education for its own sake — but it is galling to read that the debt we’ve incurred, which is currently keeping us from buying a needed pre-owned car, or updating our 40 year-old kitchen, helped to support this sort of dubious spending:

Even as the once-mighty University of California system slashes programs and raises tuition, it has created a new system-wide “vice chancellor for equity, diversity and inclusion.” This is on top of the already enormous UC diversity machine, which, as heather MacDonald notes, “includes the Chancellor’s Diversity Office, the associate vice chancellor for faculty equity, the assistant vice chancellor for diversity, the faculty equity advisors, the graduate diversity coordinators, the staff diversity liaison, the undergraduate student diversity liaison, the graduate student diversity liaison, the chief diversity officer, the director of development for diversity initiatives, the Office of Academic Diversity and Equal Opportunity, the Committee on Gender Identity and Sexual Orientation Issues, the Committee on the Status of Women, the Campus Council on Climate, Culture and Inclusion, the Diversity Council, and the directors of the Cross-Cultural Center, the Lesbian Gay Bisexual Transgender Resource Center, and the Women’s Center.”

While the UC system loses top cancer researchers to Rice University, it is creating new chaired professorships in, you guessed it, diversity studies. Likewise, in North Carolina, UNC-Wilmington is combining the physics and geology departments to save money, while diverting more funding to campus diversity offices.

Apparently we’ve taken physics, geology and cancer research as far as they can go, and we are left to ponder the precious and distant stars of ourselves and our grievances? This is all absolutely unnecessary to garnering an education but, as Reynolds notes, “If experience is any guide, administration — especially sacred cows like diversity programs — will be cut last; actual teaching will be cut first.”

After a good examination of what is ailing our colleges, and why, Reynolds offers up some solutions, and I like many of them, but this one in particular:

In ordinary credit transactions, creditors bear some risk . . . Perhaps if students can’t pay their loans by 10 years after graduation, they should be allowed to discharge them in bankruptcy with the institutions that got the loan money on the hook for, say, 20% of the loss. You fix a malfunctioning credit system by ensuring that the people who can control the risks are the ones who face a loss if things go wrong. our student-loan system as it exists today puts all the risk onto the students and taxpayers, who are the least-informed parties in the borrowing transaction. That should change.

I highly recommend this book, particularly if you have kids in middle or high school and you want to get a sense of what is happening right now, and how you might begin to seek alternatives to the status quo. But I think the release of Reynold’s book is a perfect time to consider how our kids are taught, where conventional practices are failing them and how we might re-imagine education, and so I suggest that when picking up The New School you also grab on to Sam Rocha’s A Primer for Philosophy and Education. 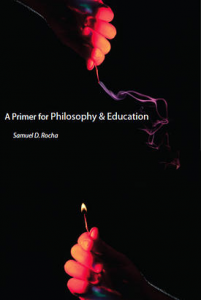 Sam Rocha is one of the “edu-punks” who Reynolds says “are exploring unconventional thinking about teaching and learning. In fact, the best way to master many subjects may be for students to find their own path, with the role of the education establishment being more to certify competence than to actually teach.”

That’s partly what Rocha’s book is about, but it is not what makes it, for some, “strange and startling”; rather it’s his passionate argument that education must supersede the utilitarian gathering of information, until it penetrates truth and finally love.

“Of course students who attend a school that assigns grades should want to get good grades. They should obviously not want to get bad ones. However, you should not confuse this institutionalized process of grade-getting, school-going, degree-worshipping, and job-seeking with what philosophy and education have to offer you. . . . Formal schooling does not have the monopoly on philosophy or education.”
[…]
“Read for the truth. Write and speak to show what seems true. Ask questions to get at what might be true. Attend classes to seek the truth. Do not settle for shallow, impoverished grades, and cheap, degrading awards. . . . Philosophy and education require courage.”

If it sounds like Rocha is suggesting that education is, finally, soul-food, yes. It’s what he’s saying. He is an unconventional fellow, and teacher. His ideas flow “outside the box” of established norms and at least one respected educator — Steve Perkins, Indiana’s Teach of the Year for 2014 — has found Rocha’s slim book so inspiring that he wrote a series on it, concluding, “For those wrestling with the educational challenges of our day, this should bring profound hope.”

So, yes…I recommend A Primer for Philosophy and Education, along with The New School. They seem to me to be essential reads as we grapple with necessary solutions to problems plaguing our education system and how we think about them.

January 23, 2014 "The Stuff Priests are Made Of": Orthodox Edition - UPDATED Phones IDing Protesters
Browse Our Archives
get the latest from
Catholic
Sign up for our newsletter
POPULAR AT PATHEOS Catholic
1

Perfect and Changing? Giving God a Story. Elizabeth...
The first of five post on Elizabeth Johnson’s Quest for the Living...
view all Catholic blogs
Copyright 2008-2021, Patheos. All rights reserved.