Bear with me, please, because I’m unpacking a lot of stuff, and I’m not sure where I’m going with it, even as I begin.

Let’s start with this new channel here at Patheos, that is dedicated to dialogue on the philosophies and realities of faith and work. Not so much “faith in the workplace” — although that obviously is part of it — but more, how faith informs our thinking on labor and industry. The channel has been put together by an Evangelical crew, and covers lots of issues (a “sense of calling”), “Living our Labor”, etc), and if you’re looking for one piece that can give you a sense of the site, overall, I’d suggest this one, which riffs off of a Peggy Noonan column from around labor day, and asks, “How would Christianity influence the culture if Christians became known as the people who know why work is meaningful, and who have wisdom on how businesses and economic systems should run?”

That’s an excellent question, and I think there is worthwhile dialogue to be had from engaging it, but the Christian view of labor is not monolithic. If American labor has ridden successfully on the Calvinistic rails of “Industry! America! Labor! God!”, our evolving economy — which is much more service-and-information centric and less industrial than in the past — cannot help but force a refocus. Combine that with the fact that Protestants and Catholics still approach the idea of work and vocation differently, (and sometimes Catholics and other Catholics do, too) and that non-Christians and atheists have their own ideas, and you can see how the most well-intentioned site will need to welcome rigorous debate if it is to be more than a propaganda tool meant lift the spirits of the American worker.

That debate will come, I think, and it will be interesting to watch.

Tom McDonald is also writing about work today, but he is addressing the subject through the filters of Mike Rowe and Rerum Novarum:

Rerum Novarum [is] the rallying cry for a middle way between socialism and capitalism that calls for the rights of the individual to both the means and produce of their own labor. From this simple premise we get Distributism, in which the person–not the corporation or the government–is at the center of an understanding of work.

[…] I’ve been a carpet cleaner (it’s much harder than you think), janitor, lawn boy, TV/film production manager, and technical editor. Finding joy in cleaning someone else’s filth is a hard thing to do, but you know what? We did it. There was almost a grim humor in the face of grinding, ugly work. Mike Rowe of Dirty Jobs discovered the same thing: people doing nasty work often are happy, well-adjusted people. Rowe suggests this is because they find a sense of accomplishment from their work:

So many “good” jobs these days don’t give you a sense of closure. For a lot of people in office work, the desk looks the same at 6 p.m. as it did at 6 a.m. How do you know when you are done? People I work with — hey, they got a dead deer in the road. They do their work and it’s gone. You got a ditch to put in. In the morning, it’s not there. In the evening, it is. People with dirty jobs live in a world of constant feedback. For better or worse, they always know how they’re doing. That matters.

Individual joy is a state of mind, but it’s certainly dependent upon the state of the body and its situation.

State of mind, state of body…and perhaps, to an extent, the state of the state. We are hearing a lot of rhetoric about “income inequality” and who deserves, or does not deserve to be “rich”. But are we even asking that question honestly? Does anyone “deserve” to be rich? Does anyone “deserve” to be poor? Is the corporate guy who makes a couple million a year, plus bonus, less deserving than the athlete who makes 10 million, plus whatever else he can get off of endorsements? Why do we think of the former as a greedy bad guy, and the latter as a glamorous testament to hard work, discipline and business acumen? Is it because we get to watch one man earn his millions and feel involved in his success? Didn’t both sorts have to work hard, and be disciplined, and possess a bit of acumen?

How does demonizing one or lionizing the other help a kid in a homeless shelter who hears that it’s bad to be rich, except sometimes, but who knows that none of the moralizing gasbags who talk about her plight have a clue as to the reality of her poverty, or that this kind of stable home life, with an intact family might be what she needs to feel rich beyond measure.

What is “income equality”, really? Is it a suggestion that all of us should make roughly the same income? Is it a movement against “wage slavery”? Do the people spouting rhetoric about income equality mean to endorse Milton Friedman’s notion of a guaranteed minimum income, which is a very interesting proposition we should perhaps be exploring, or are they (excuse my cynicism) simply seeking to foment division and envy in time for another election (which comes right after they summer in the Hamptons?)

I do know that life is better when we have meaningful work, that “the laborer is worthy of his wages” and that the way we think about work, wages and sustenance, not just materially but spiritually, must enter into any serious debate about income economics, or else, as the Reverend Doctor Martin Luther King warned, we are (like the rich man in the parable) dead long before the reapers calls:

We are all gifted in different ways, and the ability to hone one’s craft enough to make a living at it, matters. I wonder if our current, and dire economic/employment situation won’t end up creating a generation of new, modest entrepreneurs — people who, faced with a dearth of created jobs, will decide to stop following the drummed-in social cues (“go to the best college, get the best spot working for someone else”) and instead look within to see what they have to offer, of themselves. We might see “careers” pursued in the “global market” put aside for something smaller — cottage industries started, or small services offered, by men and women who ply their craft or trade locally — and people content to earn “enough”, living without the rat race or the material prizes hawked by Madison Avenue and Silicon Valley. In a way, that will almost be a throwback to the past, when dreams were smaller, and sufficient unto the day was the evil thereof.

It sounds very freeing, doesn’t it?

I do not know where, between capitalism and communism, resides the sweet-spot of perfect economic justice, but I know this: none of us have to be rich, but all of us need to work, and find both sustenance and meaning within the work we are called to:

By the curb, toward the edge of the flagging,
A knife-grinder works at his wheel, sharpening a great knife;
Bending over, he carefully holds it to the stone—by foot and knee,
With measur’d tread, he turns rapidly—As he presses with light but firm hand,
Forth issue, then, in copious golden jets,
Sparkles from the wheel.
– Walt Whitman “Sparkles from the Wheel”

Hope sparkles from the wheel, and all possibility is contained therein. And the man who can sharpen his own knife, and teach his children that craft, will never be helpless or hungry or cast aside as worthless. He will, therefore, be at peace, and so will his house, and columnists will write about it in wonder. 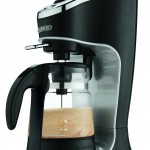 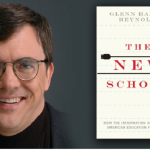 January 22, 2014 The New School: Saving Education from Itself
Browse Our Archives
get the latest from
Catholic
Sign up for our newsletter
POPULAR AT PATHEOS Catholic
1

Catholic
Prayers for Kitty and Three Others...
The Anchoress