Greetings to one and to all! Guest blogger Ben Conroy here. First of all, a go raibh míle maith agat to the magnificent Anchoress that is as heartfelt as it may be cheesy. It’s an overwhelming honour to be posting here, and I will do my very best to live up to the ludicrously generous introduction Elizabeth has given me.

As the Patheos Catholic Channel’s Synodal Summer Symposium draws to a close, I keep thinking of the passage from Mary Eberstadt’s How The West Really Lost God that the Symposium has used as a touchstone of sorts.

“The Christian story itself is a story told through the prism of the family. Take away the prism, and the story makes less sense. We men and women, whether inside the churches or not, are only at the beginning of understanding how the fracturing of the natural family has in turn helped to fracture Christianity.”

It’s inspired brilliant reflections – Dr Greg Popcak on why Catholics keep banging on about the family being the basic unit of civilization; Mark Shea on how the family is an icon of the Trinity, by its very nature a glimpse of the eternal.

What really hit me about Eberstadt’s words, though, is the centrality of the family to the language of the Church, the sheer extent to which our metaphors, symbols and icons depend upon it.

When I was younger I used to roll my eyes whenever TV or radio pundits would talk about people “lacking a language” to speak about something or other. What the heck, wondered the rather self-important ten-year-old me, does that mean? Of course we have a language to talk about it – we call it English, and, clever radio person, you’re speaking it right now. Just pick the words that describe your issue, and away you go.

This can happen when a once-powerful word is drained of meaning. Take ‘sin’. As Francis Spufford writes in Unapologetic:

Everybody knows, then, that “sin” basically means “indulgence” or “enjoyable naughtiness.” If you were worried, you’d use a different word or phrase. You’d talk about “eating disorders” or “addictions”; you’d go to another vocabulary cloud altogether. The result is that when you come across someone trying to use “sin” in its old sense, you may know perfectly well in theory that they must mean something which isn’t principally chocolatey, and yet the modern mood music of the word is so insistent that it’s hard to hear anything except an invocation of a trivially naughty pleasure.

Who needs salvation from that? (I think of a friend of mine who, when I asked him if he ever failed to live up to his own standards, said “No.”)

A word can be assassinated by being taken out entirely. Take ‘redemption’. My mother is a secondary (high school) teacher of English and Religious Education in a leafy Dublin suburb, and we were chatting the other day about the rather disturbing fact that many of her teenage students have only the vaguest, fuzziest idea of what the word ‘redemption’ actually means.

Now, if I were given the power to assassinate one word, and my goal were to kneecap Christianity in a society, I’d be hard pressed to come up with many better words to hit than ‘sin’ and ‘redemption’. But ‘family’ would certainly belong in that class.

It’s hard to overestimate the extent to which the language of Catholicism is suffused with family-talk. God is Himself a relationship, and describes that relationship to us in explicitly familial terms – the love between Father and Son, so powerful that from it proceeds the Third Person of the Trinity. We too are called to be “children of God”. Christ is our brother, and we are invited, with John the apostle, to call the Mother of God our mother. We call our priests “Father”, and they strive to be worthy of the kind of trust a child puts in their parents. The Church is “the family of God” and “the bride of Christ”.

Jesus’ parables of the prodigal son and the two sons; the way the early Christians called God not just Father, but ‘Abba’, which is closer to ‘Daddy’; humans beings created as male and female, together expressing the image and likeness of God. The family is utterly inescapable in Christianity.

I’m skating over vast depths here, whizzing past concepts and ideas about which libraries have been written, in order to make a practical and quite mundane point – if “family” isn’t a rich, resonant word for people, a lot of the depth and power of the language used by the Church will be at least partially lost on them.

I grew up in a family where the meaning of life was a regular topic at the dinner- table, where I was encouraged never to stop asking why, and never to be afraid to say sorry. It’s there that I learned and am still learning to love. I also had the gift of a pretty huge extended family, which is like a microcosm of humanity, if humanity were comprised mainly of stubborn, opinionated and VERY LOUD Catholics.

But what happens to talk of God the Father in countries like Ireland and the US, where around a quarter of children don’t live with their fathers? What happens to understanding the Church as the family of God in a society where family meals – and all their attendant fights, laughter and Epic Chats – have become less and less common?  Nothing good. The family will only remain as the basic unit of civilization as long as people have an intuitive sense of things, a ‘social imaginary’ that includes the idea families are Important Things. The family can’t effectively function as an icon of the Trinity when its members are too busy to talk to one another.

As the natural family fractures, so does Christianity.

The Church has big challenges here. One is trying to nurture a family culture in the midst of our throwaway culture. This is a Very Big Task, and will involve matters economic as well as religious and social (for my money, people’s sheer busyness and lack of time is a vast and underrated problem).

Another is having a Church comfortable using language that speaks to people in non-traditional families (Eve Tushnet has written fantastic stuff on this), language that strikes the right balance between upholding ideals and welcoming everyone. The Church has always been able to speak the truth in different ways to different ears, and treasuring the natural family does not mean making an idol of it.

A third is providing some kind of roadmap for how to deal with all the messiness of family life at the level of the parish. What to say to the single father, hugely  involved in youth ministry, who’s moving in with his new girlfriend with no wedding in sight? How best can we help our sister whose marriage is breaking down?

For my money, if the Synod on the family doesn’t address itself to those three challenges, it runs the risk of becoming little more than a talking shop.

But in the end, it’ll be us, the Ordinary Decent Catholics, who’ll have to make it work. It’s our job in the end to come up with means and methods to polish and protect the prism that is the family.  And that’s a task I look forward to. 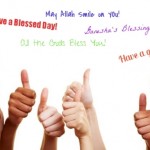 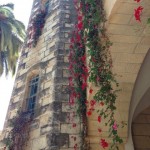 July 11, 2014 Benedictine Hospitality in Israel
Browse Our Archives
get the latest from
Catholic
Sign up for our newsletter
POPULAR AT PATHEOS Catholic
1