Round-Up Part II: The last of the Synod Symposium

Our Summer Symposium highlighting the issues we anticipate being addressed during October’s Extraordinary Synod on the Family ended several weeks ago, but my ongoing pneumo-drama, and the serious circumstances in Iraq and Syria proved distracting, and I have not been able to tidy up the loose ends by rounding up those pieces that had published after my first round-up of links and issues.

On the topics of Divorce, Annulment Reform and the interesting “Orthodox Option” some have been discussing, we featured this moving piece by Mary DeTurris Poust, who writes of how poorly annulments — and their value — are understood, even among the faithful:

I got married in my mid-twenties, so obviously I wasn’t too immature. There was no abuse or addictions or anything that might seem like an obvious reason—in my mind—for an annulment. There had even been three priests on the altar at my wedding Mass. As far as I was concerned, not only didn’t I have a chance at annulment, I didn’t deserve an annulment.

But he persisted. “Just look at the materials,” he said. Reluctantly, I agreed. When the packet arrived at my apartment one day, I dove right in, desperate to get this “promise” over with and out of my life.

I flipped through the pages and stopped cold. There, mixed in with the usual questions about address and education and sacraments received, was a long list of questions that seemed to strike right at my core. Questions about whether there’d been a significant death in my family close to the wedding. There had. About whether I’d ever called off the wedding before finally saying, “I do.” I had. About whether ours had been a long-distance courtship. It had.

On and on, as I read through the questions, I began to see that I had been approaching the idea of annulment from a mistaken and misguided place. With each nod of my head in response to a question, I realized that the Church recognized something I had not: No matter how many priests were on the altar, my ex-spouse and I had not entered into the marriage in a way that could possibly make it truly sacramental. It couldn’t succeed because it had been damaged from the start.

And on that topic: Dr. Gregory Popcak addresses Six Common Questions on Annulments

Joanne McPortland did us the huge favor of looking into and trying to explain how the Eastern Orthodox churches deal with second marriages and sacraments. As her follow-up demonstrates, it is a very complicated issue:

What I found most helpful about the Orthodox solution, but didn’t note in my previous post, was that it treats divorced persons seeking to be married in the Church with the presumption from the get-go that they are imperfect people who yearn to come to Christ, not adulterers trying to put one over on the parish.

Tim Muldoon completed his look at the working document of the synod :

Again, the accent is on mercy. The overriding question for the synod is not “how can we get Catholics to believe what we’ve been saying all these years?” It is rather “how can the Church speak a word of God’s mercy to people?” It seeks to speak mercy to husbands and wives and children; but it also seeks to speak mercy to queer people; divorced people; couples indifferent toward children; women in abusive relationships; single parents; survivors of rape or incest. That mercy is a call to the entire Church to recover its most fundamental roots in fidelity to a loving God.

Why is marriage controversial?

Where are the Men at?: Joseph Susanka finds some, but the issue is important. Why are there so many more women at church, than men?

Jennifer Fitz was a bit of a wonderwoman on this symposium, with excellent posts on:

. . .and not not One, not Two, but Three posts on the realities of learning NFP.

And finally, thanks to Pat Gohn: Let us Pray for the coming synod and our families.

So, there you go: First Roundup Here, second you’re reading…you’re practically all set for the October Synod for the Family, and its fallout! 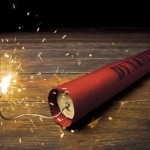 August 18, 2014 The End of the Beginning
Browse Our Archives
Related posts from The Anchoress