ISIS “split her in two; she would not convert!”

ISIS “split her in two; she would not convert!” August 19, 2014 Elizabeth Scalia

When I was a little girl, and afraid of monsters in my darkened bedroom, I used to think that if I would just close my eyes and turn my head away, I would be alright. If I could just look away, the monster could not see me, would not get to me, could not use and abuse me. I would be safe.

Looking away did not keep the monster at bay. It just ended up fracturing me in ways that still demand daily work at reconstruction and restoration.

I know people want to look away from this evil. Our own president seems to want to look away, and wish he did not have to be bothered with it, at all; whole governments are on vacation. After a false start at mounting a sustained rescue, England and France and the United States have kind of shrugged, and refocused on their tees, or their teas. And the domestic agenda.

But this monster is growing. It is “learning how to run a country”. If you look away at this monster, it will advance and destroy.

The men are being slaughtered; the young women are being taken away. All that is left are the very young, and the very old, who cannot resist.

This is monstrous evil.

Some Yazidis, like Hassan, 22, a student, shake their heads in disbelief when recalling how only foreign Kurdish fighters from Turkey or Syria extended a lifeline in the face of Islamic State.

“They tied the hands of one woman to the back of a car and her legs to another car and they split her into two,” he said beside makeshift tents as women cried.

“Have you seen anything like this? This is all because she is not Muslim and did not want to be converted. We barely made it.”

He nervously greeted his daughter, who had been kidnapped when the Islamic State (Isis) overran the Yazidi city of Sinjar. There was a minute of silence, before he broke down sobbing.

“She said she is going to be sold as a slave this afternoon, for $10,” Kaliph said, his tears dropping into the brown dust. “What can a father say to that. How can I help? We all feel so useless.”

Kaliph’s daughter, who he did not want to name, had access to a group phone passed around between other girls imprisoned by the Islamic State in Bardoush prison in central Mosul.

All face the imminent prospect of being married off. Or worse, being used by the jihadis as a sex slave.

‘All we had were our Kalashnikovs. They executed 300 men, and took the women to their prisons. Only God can save them now.’ Their children, said Mr Solo, were rescued by the family. . .But the women were in a house surrounded by IS. We had to escape. Now, the children cry for their mothers all the time. “Mama, mama,” they wail. But there is no mama, we tell them.’

His comments on the dire situation came as Islamic extremists shot dead scores of Yazidi men, lining them up in small groups and opening fire with assault rifles before seizing their wives and children. . .The militants separated the men from the women and children under 12. They took men and male teens away in groups of a few dozen each and shot them on the edge of the village, according to a wounded man who escaped by feigning death.

The fighters then walked among the bodies, using pistols to finish off anyone who appeared to still be alive, the 42-year-old man said from an area where he was hiding.

‘They thought we were dead, and when they went away, we ran away. We hid in a valley until sundown, and then we fled to the mountains,’ he said.

No one wants war. The pope — contrary to idiotic reports — does not want war.

But monstrous evil must be stopped. And the West has no stomach for it. And it doesn’t possess the language for it, either.

That being the case, we need to prepare spiritually for a great, and seemingly inevitable, battle. 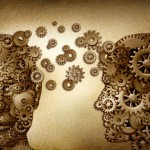 August 19, 2014 Patheos Adds Artur Sebastian Rosman & Lisa Mladinich!
Browse Our Archives
get the latest from
Catholic
Sign up for our newsletter
POPULAR AT PATHEOS Catholic
1 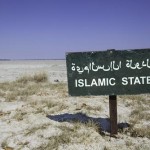