Hebdo-Gellergate: Can we Square a Free Speech Circle?

Sticking a toe into the Charlie Hebdo/Pamela Geller question has not interested me. Watching a debate about what constitutes “authentic” freedom of speech that is meant to provoke, vs “inauthentic, hateful” freedom of speech that is also meant to provoke — often with the very same voices taking both sides — has left me thinking more about how too many people in America believe, along with the president, that no crisis ought to be wasted; everything is fodder for ideological exploitation and the excitement of legislation, all of which is about the acquisition of power.

In this case, it appears that there are people eager to use the failed attack in Garland, Texas as an opportunity to promote the idea that some speech ought not to be protected, and our elites in government leadership and the press will helpfully spell out for us exactly what “free” speech is legitimate and permissible, and what is not.

It is clear, for example, that any-and-all criticism of Christianity, via whatever means — essay, artwork, music, cartooning — is permissible free speech because the people dunking crucifixes in urine, covering crucifixes with ants and using elephant dung and vulvas to depict the Mother of Jesus, all constitute thoughtful, artistic commentary by “smart” people, and if it offends some, well, that’s too bad, but free speech is a protected and valuable thing, you know, and besides, if stupid people can’t be introspective about provocation then they’re only making the artist’s point for him or her — the point usually being that their religion is intolerant, and its teachings do not enlarge human understanding, but only narrow it.

It is equally clear that any depictions of the prophet Mohammed are illegitimate and not permissible, ostensibly because they immediately and unquestioningly constitute “hate-speech” by stupid people undeserving of defense. Because no smart, tolerant person would ever engage in something which is so hurtful and offensive to some people.

You can’t, not if you’re an honest broker to the question.

Provoking Catholics, whether through “art” or essay, is every bit as wounding to Catholics as is the drawing of an image of Mohammed to Muslims. Why suggest that the first is protected speech but the second is not? How is it possible that what Catholics think of as blasphemous is deemed parochial and properly meaningless to the rest of the world, but what Muslims think of as blasphemous demands our sensitivity?

It is a legitimate question and the honest answer is this: people are cowards and cowards are also generally bullies. Cowards will tell you that it’s a terrible thing to insult the religion of another while looking at a scimitar, then they’ll pivot and start taunting the Christians on their knees.

Catholics see blasphemy and either shrug it off, or complain about it, or they pray for the blasphemers. When ACT UP invaded Saint Patrick’s Cathedral and chained themselves to pews during Mass, and stomped on or tore the Holy Eucharist, Cardinal John O’ Connor calmly, quietly urged the congregation to pray for the activists, and they did.

I know Muslims who, when they see blasphemy, either shrug it off, or complain, or quietly pray for the blasphemers. There are others, though, who — like those who would use a “crisis” rather than “waste” it — will exploit the occasion toward their own ends. And those ends — as with the crisis-users — are all about power.

And because this is true, the cowardly bullies declare, “no, no drawings of Mohammed, for you, Ms. Geller, but you, Mr. Serrano, may continue to pee on crucifixes; you, Mr. Bruni, you are perfectly free to both mock the Catholic church and presumptuously demand that it conform to the age — either amending its teachings right quick or finding itself driven from the public square, its public exercises no longer permitted.”

What is the answer? People who lack imagination — or who are just looking for an excuse to narrow religious rights in order to gain power — think the answer is less speech, and more restrictions.

Interestingly many of those people used to insist that more speech is always the answer to a problem; that dialogue is the best way to resolve an issue — that pre-emptive action is short-sighted and ultimately dangerous because it becomes too broadly applied.

They were right when they said those things; did they not mean it back then? Do they no longer believe it, now? If not, what has changed?

Who gets to decide?

What category of social marginalization is necessary in order to stake a claim to a further diminishment of free speech?

Because the world is filled with bullies and cowards, and because the two are often the same, it is more important than ever that people keep talking. A pre-emptive strike against provocative speech won’t save anyone, left, right, Christian, Muslim, Jew, Woman or Man.

Either everyone gets to keep talking, or eventually no one will, except the very few, in power.

I can’t say I like the sound of that. It offends me. Profoundly.

I think a prayer is in order.

Related:
Ed Morrissey: The Coming Demise of Free Speech
Tom McDonald: I wasn’t Charlie and I’m not Pamela and Blasphemy and Desecration
Hot Air: The Rush to Embrace the “Assassin’s veto”

May 6, 2015
Will Media Infatuation Doom Marilyn Mosby?
Next Post 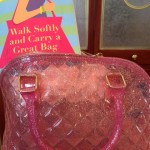 May 11, 2015 Read, Pray Softly, and Carry a Great Handbag!
Browse Our Archives
Related posts from The Anchoress