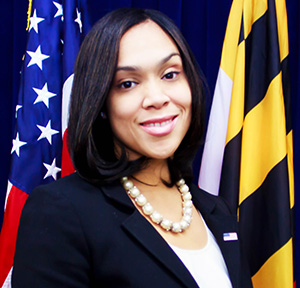 Driving a few days ago I heard an NPR report fawning over Marilyn Mosby, the Maryland state’s attorney for Baltimore City. Flipping through tv channels, I have stumbled upon pundits heaping praise and adulation upon Ms. Mosby and her tough prosecutor’s chops.

Whether she is correct in bringing heavy indictments against six police officers in the death of Freddie Gray, or has moved too quickly and too politically, are questions for better minds than mine. What I’m wondering is whether the press — in their rush to present us with a singularly tough female prosecutor who also happens to be young, photogenic and African-American — won’t inadvertently set Mosby up for failure by setting expectations too high.

I ask only because they’ve done it before. Does anyone remember the rape trial of William Kennedy Smith? I do. In the lead up to the trial, prosecutor Moira (“Mo”) Lasch was touted as one tough, admirably tenacious and successful prosecutor who would thrill the nation with her rhetorical and argumentative skills.

During the trial, however, Lasch was less than impressive. I didn’t follow it closely but I remember that any time I did tune into the trial, I became embarrassed for her, most particularly when she got Smith on the stand. “Once she gets him on the stand,” the press told us (as I paraphrase), “she will own him.”

Yeah, no… not quite:

Mrs. Lasch tried innumerable tacks in an attempt to rattle or discredit the defendant. To highlight his physical advantage over the woman, she asked not only for his height and weight, but the size of his shoes, sports coats and waist.

She tried sarcasm. She ridiculed the notion — implicit, she thought, in Mr. Smith’s rendition of events — that his “animal magnetism” made him difficult for a woman to resist. “What are you saying,” she asked him, “that she raped you, Mr. Smith?”

When asking him about his description of a second sexual encounter with the woman that night, she said, “What are you, some kind of sex machine here?”

Like I said: she was awful. Weak, adolescent, intemperate and mortifying for women. Moira the Great proved to be a complete mediocrity, and that impression was all the stronger for the way in which the press had built her up.

Unable to help itself, the press did the same thing to Marcia Clark; in the lead-up to the murder trial of O.J. Simpson, Clark was lionized as another tough babe who “comes alive in the courtroom” and was going to eat Simpson and his attorney’s for lunch. Instead she came across as cold-but-not-clever; brash-but-not-brilliant. To me she seemed over-aware of the cameras in the court, and therefore too often self-conscious and not fully engaged. Either way, making O.J. put on gloves without first knowing how they’d fit (or anticipating the use of rubber gloves) was not the call of a litigator who is on her toes. Once again, a hugely-praised female prosecutor she was recognized as a mediocrity, and once again, that perception was all the greater (and the harsher) for way she had been rather recklessly oversold to the public by the press. Sky-high expectations going unmet, Clark’s higher-court aspirations were over.

Just because a prosecutor or a state attorney is a woman — even an accomplished woman successful in her field, like Mosby — doesn’t mean the press should become incautious in their reportage and crow about her as they polish up her crown. If anything, they do her a disservice, because sooner or later the woman must be seen in the harsh glare of reality, unprotected by their pretty words. She will be observed as she soars or sinks by the force of her own skills, and under her own steam.

Too often when the hype does not hold, the impact of a crash-and-burn is that much harder, and more destructive to her. When a person or a product is oversold and then fails, people remember it, and not happily.

All of this also pertains, by the way, Mrs. Hillary Clinton. Touted for decades as “the smartest woman in the world”, she has proved herself to be the crabby and entitled Queen of the Overhyped Mediocrities: unable to answer questions that require more than a platitude; unwilling to venture beyond vagina-politics; unable to cite a single legislative or diplomatic accomplishment that moves beyond “advocating for women and children.” She married a talented guy, benefited from his success and his gift for making loyal friends. Having watched the press, in 2008, hand over what was supposed to be her presidency to a more attractive illusion, she seems a bit cranky. Who can blame her? She must onc again campaign for something she (and we) have been told for decades is an inevitability and something she has “earned.” Her listening tour aside, when Hillary does speak, it is with a bit of impatience, i.e., shouldn’t we just let her have the Oval Office, already, and spare the nation the whole ruse of polls and pandering?

Once again, the press helped contribute to Mrs. Clinton’s difficulties: they set her upon the very highest of pedestals, and every teeter — every small bobble she must make in order to keep from falling — is emphasized all the more, because she was supposed to be simply belong there, by right, and by dint of her unprecedented gifts.

The press can’t help itself. The “powerful woman who is has it all going on” narrative is too seductive to resist, and that’s a shame. How many more women are going to have to pay the price for their overpraise? How long before the press finally learns that it is ultimately better to promote a player based on the content of his or her character, and not the character of their chromosomes? 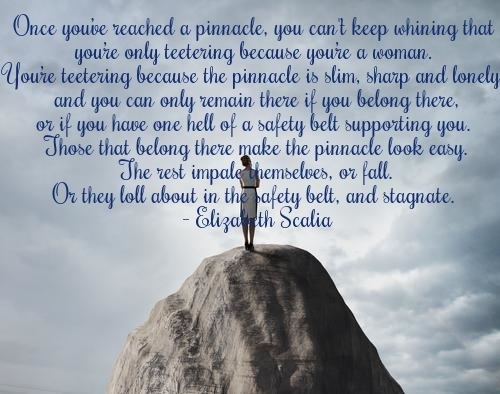 May 7, 2015 Hebdo-Gellergate: Can we Square a Free Speech Circle?
Browse Our Archives
Follow Us!

Catholic
Hillary, Stop Being Coy! Fight Sexism; It's YOUR...
The Anchoress 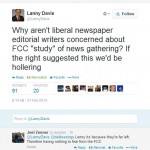 Catholic
Lanny Davis Speaks Out Against FCC in Newsrooms...
The Anchoress
TRENDING AT PATHEOS Catholic

The Cross: Pick It Up Daily And Follow...
And he said to all, “If anyone would come after me, let...
view all Catholic blogs
Copyright 2008-2020, Patheos. All rights reserved.