When Jesus rescued the adulterous woman from an angry mob intent on stoning her to death, he was very quiet about it. He wrote something on the ground — perhaps the sins of the men with the stones? Words in which they might recognize themselves and their own sins and offenses?

“But when they continued asking him, he straightened up and said to them, “Let the one among you who is without sin be the first to throw a stone at her.”

Again he bent down and wrote on the ground. And in response, they went away one by one, beginning with the elders.

The elders left first. Our consciences grow tender as we age, and must face the wreckage of our past mistakes. Perhaps the older men had gained wisdom enough to very quickly understand what Jesus was writing in the dirt, and what he was saying to them.

So he was left alone with the woman before him.
Then Jesus straightened up and said to her, “Woman, where are they? Has no one condemned you?”

He did not speak to the woman until they were alone, or perhaps only a few of his unthreatening disciples were near. It was then, in the quiet of a face-to-face, one-on-one discourse, that Jesus revealed the love of God to the woman, and told her, “do not sin any more.”

Unless she was blessed with a peculiar grace by the Master — and he may have deigned to provide it — the woman probably did go on to sin again; any Catholic will tell you how hard it is not to stumble back into venial sin a half-hour after absolution. But the point is, Jesus knew her soul as well as the souls of the men he had gently-but-powerfully sent away, and he did not ring a rousing condemnation over any of them. Specific to the woman, he didn’t even tell her to repent, or ask whether she was sorry. He did not call her “wicked” or seek to shame her. He did not even look for her contrition.

Perhaps that’s because he understood her circumstances in ways the world could not, or would not. The men saw a woman in fornication, and the law said she must be stoned. It’s all they needed to know. Or maybe it’s all they wanted to know, because knowing more would have complicated things — would have brought uncomfortable grays into their stark blacks and whites.

Perhaps she was desperately poor and needed to feed a child or a sick mother, and the only resource available to her was her body and the dependability of human lust. Had they known it, they would have had to ask themselves why none of them had seen her plight, and — in the absence of Catholic Charities — offered their personal assistance.

Jesus’ correction was humble and humbling; it was private; it saw everything, and was therefore a perfect balance of Justice and Mercy.

Understanding the circumstances surrounding any event plays hell with our easy judgments, doesn’t it?

Why would a bishop — say, for instance New York’s Cardinal Archbishop Timothy Dolan — participate in a political dinner that hosts real tax-collectors and known liars and sinners (as opposed to the less-obvious ones) and rather few actual holy men and women? Well for one thing, the dinner keeps the church present in a public square that would like to usher it out. One cannot speak to souls who bar you from the plaza. For another, it raises a huge amount of money for an organization that does a lot of good for people facing poverty and ruin. A bishop might risk causing “scandal and confusion” for the sake of those complicating, gray-inducing factors.

Then Levi gave a great banquet for him in his house, and a large crowd of tax collectors and others were at table with them. The Pharisees and their scribes complained to his disciples, saying, “Why do you eat and drink with tax collectors and sinners?”

Jesus said to them in reply, “Those who are healthy do not need a physician, but the sick do. I have not come to call the righteous to repentance but sinners.”

But we were never supposed to want to be like the pharisees, nor expect it of our shepherds.

What about a bishop agreeing to be Grand Marshall in a Saint Patrick’s Day parade wherein homosexual groups — yes, even the sort of lobbyist homosexual groups over which Pope Francis expressed concern — will be included among the participants?

That’s pretty bad, right? For some it is causing scandal and confusion and calumny and they are loudly suggesting — in a way Jesus never would — that the bishop should repent, apologize, express contrition (things Jesus didn’t demand of the adulterous woman) and then resign his office. They want him to literally remove himself from the area, before his uncleanliness renders everyone else unclean.

Well, the Saint Patrick’s Day Parade has, at least in New York City, long been a trooping of the sinners, but let’s think for a moment about those muddy circumstances, again, and the story Jesus told, the parable of the Prodigal Son.

Recall, the wastrel son of a rich man asked for his inheritance, and then he squandered it so thoroughly that he was stuck feeding the pigs, and growing hungry. The son thought,

“How many of my father’s hired workers have more than enough food to eat, but here am I, dying from hunger. I shall get up and go to my father and I shall say to him, ‘Father, I have sinned against heaven and against you. I no longer deserve to be called your son; treat me as you would treat one of your hired workers.”’

So he got up and went back to his father. While he was still a long way off, his father caught sight of him, and was filled with compassion. He ran to his son, embraced him and kissed him.

Reread the last two sentences. It didn’t matter why the son was seeking inclusion; the father did not know whether he was coming home repentant or full of swagger. Motivation did not matter. And the son was still a long way off. All the father knew was that the son had made a move toward home, and it was enough to send the father running out, to meet him.

I’m not sure a bishop has a choice but to run out to meet prodigals, regardless of motivating factors. The father wants everyone to come home and be with him. Once they’re at the doorstep, they may be encouraged to come in; once they’re inside, they can be talked with, nurtured, fed, encouraged, formed, and made whole. This cannot happen as long as they are off in the faraway places.

The key here, aside from the father running out to the prodigal son, is that he ran out while the son was still a long way off.

Later in the story, the older son — obedient and responsible — feels shortchanged and resentful, because the father has been so welcoming of the wastrel while barely noticing the elder son’s daily toil. And what does the father do? He goes out to his elder son, to reassure him that his faithfulness is seen and known. He tells him, “everything I have is yours” even while urging him to make his returning brother welcome.

Because only in this way can his family eventually become whole, and holy.

So yeah, the bishop has some work to do; he cannot ebulliently run out to meet the disobedient ones (who may someday convert and conform their lives to become the best Catholics ever, but are still a long way off) without also warmly seeking out the obedient ones, and soothing their resentment — letting them know that they are seen, heard, beloved, sharing and fully welcome.

They are absolutely not getting that message from him, right now.

What a lot we have to pray about and humble ourselves to, as a church! We might as well get to it.

September 8, 2014
Mother of Completeness: Nativity of Mary
Next Post 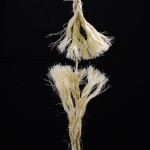 September 15, 2014 The Great Unraveling: A Necessary Look at Reality
Browse Our Archives
Related posts from The Anchoress

Catholic
Climb Down from a Catholic Ledge: For every...
The Anchoress
TRENDING AT PATHEOS Catholic