The Extraordinary Synod for the Family is only half-completed, and its denouement will not be known until October 2015 or even later, but if the relatio post disceptationem, the mid-term report of this Synod is any suggestion, then, as Vaticanista John Thavis suggests at his blog, it’s going to be a bumpy year, Bette; a bumpy year!

The relatio emphasized the “principle of graduality” – the idea that Catholics move toward full acceptance of church teachings in steps, and the church needs to accompany them with patience and understanding. And it emphasized the opening of the Second Vatican Council, which leads the church to recognize positive elements even in the “imperfect forms” found outside of sacramental marriage.

The relatio said a “new dimension of today’s family pastoral consists of accepting the reality of civil marriage and also cohabitation.” Where such unions demonstrate stability, deep affection and parental responsibility, they should be considered a starting point for a dialogue that could eventually lead to sacramental marriage, it said.

It cited situations of couples who choose to live together without marriage for economic or cultural reasons, or those in Africa who enter into traditional marriages in “stages,” and said that in response the church must keep its “doors always wide open.”

“In such unions, it is possible to grasp authentic family values or at least the wish for them. Pastoral accompaniment should always start from these positive aspects,” it said.

Read Thavis’ whole summary, which he describes as “an earthquake, the big one”, and the entire relatio text, which I’ve linked to, but note that everything being discussed here hinges on a thrashing out of the idea of graduality.

None of our summer Synod Symposium pieces dealt directly with the term, but we’ve been writing about aspects of graduality here at Patheos, sometimes without even realizing it, and to my way of thinking there is no better explanation of “graduality”, or a better example of its power, than Calah Alexander’s personal story, which she first shared here in 2012, and in which she describes, yes, a yes, “long road” to mercy, undertaken by a sincere but challenged couple, and a priest who was willing to see them fully and deal with the reality of their lives:

He was trying to figure out how to bring both of us into a state of grace, how to help us learn to love God, each other, and our child, and how to begin building a foundation that might one day support a solid family.

Saint John Paul famously said told his priests that we have to “deal with the world as it is; the world before us.” That is precisely what Calah and Christopher’s priest did, and he ultimately welcomed them into full communion with the church. Now they’re a solidly-Catholic young family of six.

That’s the goal of gradualism. It is not about ignoring doctrine or condoning mortal sin. It is about a priest at work the field hospital God has provided, and applying powerful medicine within dosages that each patient can handle, until they are spiritually stronger, and can withstand further treatment. Your dosages and mine will be different at different times in our illnesses.

Do people have a point when they worry about “gradualism” assisting in the degradation of the sacraments and our understanding of them? Is there a possibility of it being misunderstood and misused? Oh, yes, and that’s worth being concerned about, particularly given the church’s poor catechetical transmission over the past five decades — when it has most desperately been needed — and the Curia’s self-destructive habit of not controlling its message but allowing important teachings, documents and exhortations to be filtered through the secular press, and thereby reduced to the least-helpful soundbites.

Father Dwight Longenecher is concerned about the seeming double-speak on co-habitation, and I get that, but then again. . .the thing about Calah’s story is that Calah and her husband were taking the church on its own terms, while still trying to extricate themselves from their sins, and were therefore willing to work within the discipline, willing to withhold themselves and (so to speak) “take their medicine” of refraining from Communion, until they were in a state of grace.

It seems to me this is where things fall apart and gradualism becomes scary for people; precisely at the line where people place their sense of entitlement before their willingness to try something as radical as obedience, which is strong, strong medicine, and must be taken with an IV of humility.

Yes, I get the scary part. But I also get the humane part that evangelizes people back into church by seeing them in their totality and walking with them. Gradualism is a time-consuming and one-on-one sort of pastoring, and we have so few priests well-trained to it, and so many Catholics or potential Catholics, in great need: how can shall we manage this?

The laity will have to step up. The priests will need the support of a nursing and nurturing laity — a laity willing to humbly assist the patients, and their priests, with hands-on support and their prayers, and with a minimum of hand-wringing about how it “looks” to have all these spiritually bedraggled people milling about the pews, giving scandal to the church, as though we do not do that, all of us, every day, anyway.

We really must pray, and ask the Holy Spirit to forcefully guide the synod and its wisdom, and then keep praying all the way through to the next synod, next year. It’s that grave an issue.

There are a lot of prodigals who are “still a long way off” and whom the church wants to “run out to meet.” Gradualism is effective ministry, but it’s a long healing. Done correctly, it can completely renew the church. Implemented poorly (as was VCII) and it can be a wrecking ball, and pfft goes Catholic credibility and too, too many souls.

The danger inherent in the idea of gradualness lies in losing the distinction that JPII made — the law of gradualness is not the same thing as gradualness of the law. We knew we were in sin. That was clear. No one told us that it would be okay if we went ahead and took communion, since we were working on that whole “not sinning” thing. We went to Mass with our friends and the Ogre’s family and stayed in the pew during communion, and everyone knew why. But we kept going, and when we finally got to receive with everyone else it was amazing. That approach would probably not be healthy or helpful with some people…the point is, only the pastor can know when, where, and how to apply it.

But for ordinary laypeople, our job is not to figure out when, where, and how someone is sinning or not sinning. Our job is not to cast out those among us who smell suspiciously like sulfur, or whose hair looks a bit tinged from brimstone, or whose companions in Mass cry “irregular!” from the bare ring fingers of their same-gendered hands.

And that is not our job for a very simple reason: if we’re always looking for scandal, we’ll find it everywhere.

What is also everywhere, whether we’re looking for them or not, are souls trapped in the mire of mortal sin and desperately in need of Christ. Please don’t cast them out. There were people in the Church who tried to cast me out, who went to extraordinary lengths to bar the door against me. I can’t begin to tell you how much it hurt to feel unworthy and unwanted by the people I recognized as keepers of Truth and bearers of Christ.

I beg you to read it to the end.

Rebecca Hamilton: What do we mean by Gradualism?

More:
David Mills vs Ed Peters: On Doctrine and Discipline
La Stampa: Now the synod breaks into small groups for discussion, refining the ideas brought up in the relatio.
And… Synod censorship

Watching Raymond Arroyo’s interview with Cardinal Raymond Burke over the weekend was interesting. I wonder what he will say about the relatio? 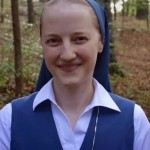 October 13, 2014 Gradualism: Two More Thoughts on its Gravity #Synod14 - UPDATED
Browse Our Archives
get the latest from
Catholic
Sign up for our newsletter
POPULAR AT PATHEOS Catholic
1

Catholics Should Have Nothing to do...
On the Catholic Beat
Related posts from The Anchoress

Catholic
Why Yes, I Do Think Reforms of Annulment...
The Anchoress
TRENDING AT PATHEOS Catholic