Good for Voris; Now, About our Tendencies Toward Idols…

Good for Voris; Now, About our Tendencies Toward Idols… October 22, 2014 Elizabeth Scalia

Good for Voris. A manful apology and restatement of his mission, and a sound refutation of a contingent of Catholics who are becoming increasingly unhinged toward Pope Francis and vile toward any who will not agree that he is an antipope and a threat to the church. I myself deleted several comments about Pope Francis today, including one calling him “Frank the Fraud”, and I dropped a banhammer on someone actively wishing for his death.

It is certainly interesting to watch the very people who had conniptions when progressive Catholics nastily referred to Pope Benedict XVI as the “Nazi Pope” or the “Panzer Pope” and so forth, feel no compunctions about referring to his successor by terrible names.

I’ve seen a man completely lose it in these comboxes because, in the depths of blog texts, I would refer (in legitimate AP style) to then-priest John Corapi (in this fellow’s estimation the only Catholic priest then-teaching the faith and the indisputable next pope after Benedict, else the devil would rule!) as “Corapi”.

Same man, seen elsewhere, today calls the new Vicar of Christ by the ugliest of nicknames.

Not too long ago, I wrote that the nerve-wracked right of American politics was falling into a habit of creating political idols with a six-week shelf life. So obsessed are they with ideological purity that there is a constant procession of men and women who — on the strength of perhaps one strong speech and a good turn on a Pundit Hour — are giddily raised up and vaunted as “conservationism’s new voice”, the next president, a real contender!

Then this man or woman will say something stupid, or something not stupid but far too nearly approximating pragmatism, and he or she is cast aside.

It happens like clockwork: Ryan, Cain, Carson, Rubio, Christie, that “I’m not a witch” girl whose name escapes me at that moment; all of them were the golden answer to Republican longings for very brief periods, and then they were not.

For the folks raising them and then casting them down, Conservative Ideology has become a huge idol (what I call in my book a “Super Idol” — one that looms so large it blocks off connection to the humanity of others). Like the pagans of old they are forever trying to serve their idol with the purest of their offerings.

Something similar is going on within the Catholic church where, for some, good Pope Saint Pius X remains the be-all-and-end-all of Catholic thought and rigorous expression. For them, John Paul II had some good moments and some dicey ones, and Benedict XVI was exemplary, but only until he resigned his office and — like a dupe of the devil — brought about this terrible, awful, no-good, teeth-gnashing, and heretical Franciscan papacy.

This is all idolatry, whether secular or sacred or — thanks to the culture wars — a commingling of both.

It is the mania to have something before our eyes that — like the golden calf — reflects ourselves and our thinking back to us, and therefore affirms us in our rightness. For some traditionalist Catholics, Francis is not adequately mirroring them back to themselves, and so he is to be despised. For them, Cardinal Burke is the new idol of choice, the “living saint” of a canon lawyer who will save the church from unruly Francis, otherwise it will be the end of the church and the end of the world!

Nothing human will effect the end of the church, unless God wishes it, and as to the end of the world, do we mean it when we say “we wait in joyful hope for the coming of the Lord” or don’t we? If we don’t mean it that might explain a lot. But it also indicts ourselves, and our prayer, as lacking in truth, and in faith.

Don’t think the progressive Catholics are exempt from any of this, by the way. They’re just as prone toward idol-creation, just as busily wearing out their knuckles as they wring their hands, and wearing down their teeth as they grind them at others.

Some of them, disappointed yet still inclined to be moony over the idol Barack Obama (who reflected back to them their understanding of themselves as cool, urbane, educated and sophisticated), are now making an Idol of Pope Francis, in whom they can see their own sense of themselves as the better angels of mercy, tolerance and compassion, all burnished and gleaming and reflected back at them.

Cardinal Kasper is their Cardinal Burke; the theologian of mercy who will deliver the church from its own doctrines and shape it to look and sound more like themselves.

We all do this. We all break that first commandment, constantly, and rarely realize or confess it. We find a person, or an idea, or a cause, or a position and then we erect it before us, until it removes us from a direct reality of God, or the person of Christ Jesus. Only people whose perceptions are blocked by the preferred idols of their ideas and causes could look at the humble, despised Benedict and see “hate” and “evil” — or can look on bold, celebrated Francis and see “heresy” and “evil” — and in either case, not even a peripheral sighting of Christ Jesus.

There is also a measure of conceit involved in all of this, as well. It takes conceit for any of us who have not lived the lives of these great priests to imagine that we know better than they what Christ wants of his church.

It takes conceit to imagine that the Holy Spirit is not to be trusted, does not know what it is about, and needs the instruction and exhortation of liberal writers to sustain a direction — or of traditionalist bloggers to “turn the course” — of an event like the recent synod.

All things work toward God’s own purposes; just thinking back upon one’s own life is the proof of it. How often do we look back and see that, had something we perceived as “bad” not happened to us, something else — an unalloyed “good” in our lives — would not have taken shape?

“You would be very ashamed if you knew what the experiences you call setbacks, upheavals, pointless disturbances, and tedious annoyances really are. You would realize that your complaints about them are nothing more nor less than blasphemies – though that never occurs to you. Nothing happens to you except by the will of God, and yet [God’s] beloved children curse it because they do not know it for what it is.”
― Jean-Pierre de Caussade, S.J. Abandonment to Divine Providence

Because that is true, we should have no hesitation at all in leaving the fate of the Catholic church, and the souls entrusted to her, to Divine Providence. The God whom we love and worship — to whom we commend all things and all souls, including those “whose faith is known to you alone” — really can handle things without us constantly giving notes and stage direction.

But trust is hard, isn’t it? So very hard! And because it is hard to trust, we try to control events according to our lights. And that’s when idolatry and conceit grab us by our souls, and cast us into turmoil, and keep us fretting until turmoil begins to feel natural — even though we know it is not of God.

And eventually we become so used to the tumult, we almost don’t know what to do with ourselves without our daily dose of outrage.

Leo Rosten once wrote of a man who “called upon God the way a coach sends in a pinch hitter.”

“Well, God, we’ve done all we can, and we’re exhausted. You get in there and see what you can do…”

That could describe most of us, sometimes, and some folks all the time, because our trust is lacking. Same as it ever was. And when the trust is insufficient, the idols abound. 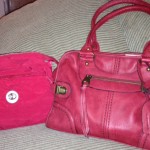 October 23, 2014 When Neither Will Do: Either/Or Gives Way to Both/And
Browse Our Archives
get the latest from
Catholic
Sign up for our newsletter
POPULAR AT PATHEOS Catholic
1