In an earlier post, I asked whether men should be permitted to flirt, or if an attempt to chat up a woman and get to know her is something we, as a society, can no longer allow. I wondered whether every man is now to be treated like — in a twist on the famous phrase from The World According to Garp — a “sexual suspect”.

In a world where the common courtesy of holding a door open for the next person is cause for high public drama and recrimination, men could use some help in gauging the parameters, and also a little encouragement that they are worthy of a kind response, and to be seen as something more than a bag of chromosomes.

Isn’t it sad that so many women (and complicit media) — having fought to educate the objectification-of-women out of us — are perfectly fine with treating men as objects, of generalizing about them, and assuming that perfectly fine men are little more than the brusque or vapid caricatures that have been developed in order to advance an agenda? How is this a worthy way for women, or colleges, or advertisers, to deal with men? How far have we really come — as women, and as a society — when feminism, seemingly dissatisfied with mere parity, appears to be hell-bent on neutralization?

During a speech at the National Board of Review gala in New York, Meryl Streep praised Oscar-winner Emma Thompson as “a rabid, man-eating feminist, like I am”.

Rabid? Really? That’s what we want, the rabid consumption of the other sex? Has “equality” been redefined so as to mean “place subject under our feet”? If so, ugh; women have succeeded in becoming the men they hated.

[Cate Blanchett’s] point was proven by Frozen, Disney’s Oscar-winning animation that replaced the traditional princess motif with an icy queen.

I just realized, this is victory because Disney has crowned the Model Dowd! Yay for Sisterhood and Sterility!

British actress and newly appointed UN Women Goodwill Ambassador Emma Watson addressed the UN in September and gave a speech in which she invited men and boys to “take up the mantle” of ending gender inequality. Actors including Russell Crowe, Benedict Cumberbatch and Ian McKellen pledged their support.

Celebrate the men of obedience! Nothing against Ms. Watson but her speech was hardly the magical “game-changer” proclaimed by narrative-journalists, packed as it was with the orthodoxies of 1975. It’s okay. The right sort of men (or in Crowe’s case, perhaps the sort of man seeking fem-social redemption) can read a weathervane and go with the flow.

Interestingly, the piece goes eye-rollingly ga-ga over a leotard-wearing Beyonce standing before the word FEMINISM, but manages only a line about Malala Yousafzai nearly dying in pursuit of education.

Emmy-winning writer and actress Lena Dunham released her memoir, Not That Kind of Girl in September. The London stop of Dunham’s book tour, at the Royal Festival Hall, sold out in 12 hours. During her talk, one of the 3,000 guests stood up and told Dunham that her HBO sitcom Girls had encouraged her to leave an abusive relationship.

Oh, my. Well, isn’t she just the little feminist supergirl? There are women who sacrifice a great deal of their own comfort and safety, every single day to help other women find the strength and shelter to leave an abusive relationship, and they go unsung.

Abused men exist, by the way, and they have no such assistance; were they to seek it, they’d likely be jeered at, as wusses.

Dunham changed the mind of Taylor Swift, too. The American pop star explained in August that the pair’s friendship “made [me] realise that I’ve been taking a feminist stance without actually saying so”. By November, Swift had become the first woman to dislodge her own No1 single from the top of the American Billboard Hot 100 chart, despite having withdrawn her music from the streaming service Spotify in protest at the royalties paid to artists.

So, it’s feminism that pushed Swift’s second song into the #1 slot, and not her own music and pretty excellent video? I’m sure she’ll be flattered to hear that.

It is striking how many of the women being lionized here have either been born to extraordinary wealth or have been wealthy for many decades. Lena Dunham and Taylor Swift both come very exceedingly wealthy families, and while Swift is clearly a genuinely gifted songwriter, good connections likely played in the youthful success of both women. Nothing about Dunham, her book or her show, has ever struck me as deserving the uniformly fawning press she receives, and this article — which is truly “narrative journalism” meant only to propel an unsullied version of the desired line — makes no mention of the sometimes troubling air of “truthiness” within Dunham’s memoir.

Yes, Swift did a very good thing when she pulled her stuff from Spotify; in coming years many now-starving artists may thank her for it when their royalty checks come in. But it’s worth mentioning that, given her access to sound advisors (likely male, like her dad) there was zero economic risk in her smart, calculated move.

The battle for gender equality began in law courts and parliaments. . .But this year their campaign entered a new and exciting phase, as Oscar winners, playwrights, comedians and pop stars picked up the baton. Feminism has always been combative but in 2014, perhaps for the first time, it became cool.

Cool, for the first time? Gloria Steinem and Jane Fonda, two “queens” of the zeitgeist and cool-feminist dogma, may beg to differ. The writer must not have been around when Helen Reddy was singing “I am Woman” to the cheers of the popular culture, and any woman with breasts a b-cup or smaller was braless and celebrated. Oh, but wait…now I get it: the pretty people are finally being feminists! No more Andrea Dworkins here! Now pop stars and comediennes and actresses — the most accomplished of all women — are pronouncing the big four-syllable “f-bomb”: fem-in-is-m. It’s a new day!

Well, there you go, then. Women are empirically great! Pay no attention to the bubble-mad lunatics who created a video of 6 year-old girls dropping the real f-bomb; do not remember the humorless scolds who derided an astrophysicist (who landed a spacecraft on a comet!) for wearing a shirt decorated with strong, powerful women bearing laser-guns; ignore the constant drip, drip, drip of stories about sexual aggression against adolescent men; do not remember that the countless rape-crisis stories have begun to collapse upon themselves due to overreach, while the reality of men being raped in prisons (and elsewhere) goes unmentioned; pretend Nancy Pelosi did not speak at all, in 2014; from now on, the face of feminism is fun! And Fresh! And Young! And Pretty! And Rich!

Hot damn! Haggard old feminism has had a mid-life crisis, and gone out and gotten itself some trophy-wives! Seems female empowerment really does define itself by masculine standards, after all! 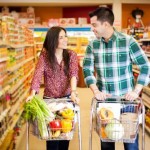 December 30, 2014
Are Men Permitted to Flirt? Should They Be Encouraged?
Next Post

January 3, 2015 NY Times Writes in Favor of Complementarity
Browse Our Archives
Related posts from The Anchoress

In the Best Month
It's October, the best month of all. The leaves are barely beginning...
view all Catholic blogs
Copyright 2008-2021, Patheos. All rights reserved.
Close Ad