Anchoress is CPAC “Blogger of the Year?” Get OUT!

Anchoress is CPAC “Blogger of the Year?” Get OUT! February 27, 2015 Elizabeth Scalia

No one could have been more surprised than me to hear it. At the 2015 CPAC Bloggerbash, this blog — your little ol’ Anchoress — was named Blogger of the Year.

I mean, seriously, when the tireless Dr. Melissa Clouthier called me up to wonder if I could swing down real quick and accept it, she can confirm that my first response a “say whuuuuut?” that could have placed me in the middle of Arlen, Texas.

I couldn’t make it to the bash for a couple of reasons, not least because I spent part of yesterday barfing, and that would not have been a happy trip for anyone on Amtrak. Given my absence, I kind of expected to be ousted from consideration. After all, there’s nothing worse than naming someone for an award and getting only a vast emptiness in response — not even a Sasheen Littlefeather, in full regalia, to break the silence.

But then again, a vast emptiness? That could be me. Had I been forewarned, I might have managed a piper in kilt to send down there!

So, yes, surprised and honored, particularly as I know I am not every conservative’s cup of tea; that while I “lean” right of center, it’s not a very far lean, and on some issues — immigration reform, for instance (by which I mean true structural reform with grandfathering features, not Obama’s mad recklessness) — I’m not even on the same page, as some.

In a way, though, CPAC’s willingness to honor this blog with an award sends a message to those who would like to suggest that a center-right perspective is monolithic, that the tent is too narrow and has been so securely tied that no one deviating from the ideological orthodoxy is welcome. A center-left friend, on hearing the news, wrote to me, “I think it shows remarkable sanity and good taste among conservatives, which is quite hopeful.”

Good taste, I’m not so sure of; I am a vulgarian, after all, and not very ladylike, but I tend to agree that a political movement capable of tolerating differing points of view is stronger and healthier than one that walks in lockstep and repeats talking points as though they are receiving the Word of the Day from on-high.

On the other hand, this fellow says CPAC’s time has gone. In which case, honoring my blog might be — for some attendees — a validation of his position, or a sign of apocalypse!

I don’t think so, though. In fact, given the headlines and the secretiveness of our government, the cynicism, the executive actions, the dismissive inattention to constitutional mandates, I don’t think CPAC will be going anywhere, soon.

Either way, thanks, CPACers! I appreciate it the award and will try very hard to not embarrass you for having named me Blogger of the Year! 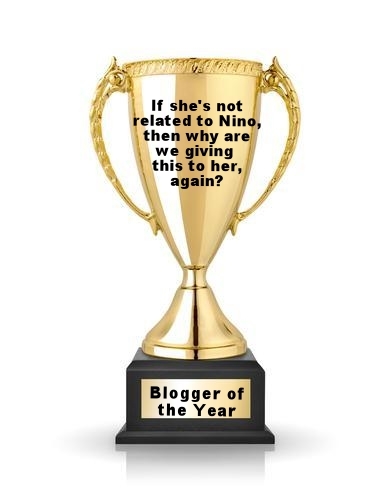 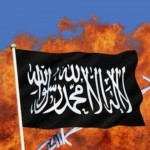 February 25, 2015
ISIS-supporter confirms my point: West too hip to deal
Next Post 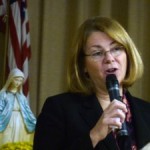 February 28, 2015 The Worth and the Witness of Women Bloggers
Browse Our Archives
get the latest from
Catholic
Sign up for our newsletter
POPULAR AT PATHEOS Catholic
1

A Virus of a Film: A...
Steel Magnificat
Related posts from The Anchoress 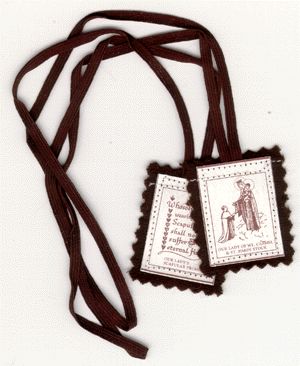