Toni Morrison’s Vengeful Fantasy Would Not “End” Anything

Somehow this got past me, until I happened to see it on Bristol Palin’s blog.

“People keep saying, ‘We need to have a conversation about race’,” Morrison told the Daily Telegraph.

“This is the conversation. I want to see a cop shoot a white unarmed teenager in the back.”

She added: “And I want to see a white man convicted for raping a black woman. Then when you ask me, ‘Is it over?’, I will say yes.”

Really? That’s all it would take to make all of the distrust, all of the pain of racism in America go away?

The forum in which I found this got into Morrison’s choice of words, or her intent or whether her words were cherry-picked.

It won’t work. It never does. As soon as I read her words, I thought of her imagery in terms of a movie — an old fashioned western, or perhaps a samuari story by Akira Kurosawa. A town witnesses injustice at the hands of the powerful and seemingly unstoppable bad guys. Then, a hero arrives and circumstances arrange themselves in such a way that the community can watch the samuari, or the bad guy, be mistreated in precisely the same ways the people had been mistreated — actions that are supposed to balance things out and make everything “right.”

Except, once the deed is done — you can see the sharply-cut scenes, yourself, right? The woeful expression of a woman who looks away; the aggrieved man furrowing his brow in silence; a child who senses that everything seems the same; that nothing is really different; “can I have a sarsaparilla, Paw?”

The townspeople realize they are still unsettled. The ‘debt’ may be ‘paid’ but settling it has cost something of the humanity of the whole town; now they must face how empty revenge is, because it resolves nothing, individually or collectively.

No, it doesn’t work, because injustice is a forever-thing; it will never be banished as long as we are social and human. Balance, as Christ Jesus showed us, is only achieved at the center of a cross, and we all get at least one to bear.

So, Toni Morrison may have spoken a fantasy of vengeance that she wishes would end it all. Shoot a white kid in the back, imprison a white man who has raped a black woman, and it will all be better. No. Morrison is a smart woman. She knows the fantasy is empty and insufficient, but she is too humane to want more. And she also knows that “more” won’t answer anything, either.

Because, as the cliche goes, “two wrongs do not make a right.” Shooting a white kid in the back, it doesn’t bring the black kid back. It doesn’t ennoble a community; it just brings everyone to the same funeral. It says, “if we cannot be together in shared life, at least we are together in shared death; if there can be no peace, at least there is a more-even distribution of pain.”

And then humanity will get better? I think no one would grieve the action Morrison says she wants to see, more than Morrison herself.

People don’t want to hear it — because it destroys another fantasy about how a wrong can be redeemed by the death of another — but Morrison’s idea finds a corollary in the notion that aborting a baby conceived in rape actually serves the mother. It’s another scene where someone has been terribly wronged, and harmed, all unjustly, and society thinks the balancing solution is the death of a human who had nothing to do with it.

What is alive has energy; the action of murder also has energy, one of hate, of fear, pain, anger, grief. When that energy is spent, it echos within a community and resonates outward — for generations.

A violent shredding of what is partly a woman’s own flesh, perpetrated deep within her womb, at her very center? That’s a whole community full of woe, residing within one person, and energetically it resonates within her, and also outwardly, generation to generation.

It’s all the same. Injustice and murder make their imprints upon the psyche, and upon the heart, and upon the soul. Which is why when no matter how much we want to deputize someone to clean things up for us with one dramatic event, we all share in the realization that follows: that nothing is free; that our humanity must bear the cost of a mere pretense to balance.

Related:
“Racism is a God-damned thing!”
Obama, Psychic Duality and the Churches 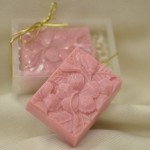 April 28, 2015 SCOTUS asks if Marriage is a "Right"; Is it Something More?
Browse Our Archives
Related posts from The Anchoress