Of Christ, Monasticism and Radio Astronomy

[I stumbled upon this post in my archives, and upon re-reading it, realized that there is more to say, and that — if my email is any indicator — reposting this might be helpful for many. Originally from July 13, 2012 – ES]

Alright, after a couple of politically-flavored posts, I’m going to have mercy on everyone and give you a gift for the weekend, and it comes to us in two parts via an excellent site within the Evangelical Portal, Good Letters, where guest contributor and writer/poet Richard Cole relates how his first-ever retreat at a Benedictine Monastery resulted in his coming to Catholicism and his second grounded him within it:

From Part I, where our hero is given no assignment except to be:

At the monastery, I wondered whether the monks would try to convert their guest. I’d been around evangelists before. I kept waiting for someone to approach me with a carnivorous twinkle in his eye and ask, “Are you saved, my son?”

But nobody put the bite on me, and nobody tried to muscle me into the fold. Instead, the monks simply let me share their daily round of prayers, Mass, and meals.
Maybe that was enough, simply sharing, because when I returned, Lauren gave me a wifely look and asked if I was planning to keep going to Mass. Immediately the question seemed absurd, like the most unnecessary question a person could ask me. “I guess so,” I said casually, but as I thought about going to Mass, I felt a deep flurry of happiness, intense but reassuring precisely because it was so intense.

On the outside, I was sitting calmly at the kitchen table, but inside I was a wild man, happy and shouting, “Of course I’m going to Mass! Are you crazy?!”

Part II: wherein the assignment came from the very first word of the prologue to the Rule of Saint Benedict, i.e., “Listen…”

After dinner, I went back to the library. At night, with the reading lamps turned on, everything appeared cozier. I found a folder on retreats and looked through the material: how to run a retreat, what retretants might be expecting, questions to ask. On the back of a schedule, someone had written in pencil:

“He who dares to believe reaches a sphere of created reality in which things, while retaining their habitual texture, seem to be made of a different substance. Everything becomes luminous, animated, loving.”

I thought of the brothers I’d seen that night, eating their macaroni and cheese in silence. Did they live in a luminous world? I found several other notes about the contemplative life, the power of prayer and faith. Then this:

“I can still see only one answer: to keep pressing on, in ever-increasing faith. MAY THE RISEN CHRIST KEEP ME YOUNG! Which means optimistic, active, clear-sighted, and happy.”

Later that night, brushing my teeth, I thought, “radio astronomy.” That was it. The monks were radio astronomers. Their life was a kind of listening, for themselves and for all of us too puffed up with pride or choked with anger or buried with grief to hear what God was telling us.

I could see the abbey grounds dotted with huge satellite dishes, silently, patiently tracking the heavens prayer by prayer, day by day. Maybe that’s why they were out here, away from all the silly noise and blare. This abbey was their observatory, and on this isolated bluff, the monks could better hear those faint signals from the other side of the galaxies inside our hearts.

“Don’t analyze,” Carmen said when we met on Sunday after Mass. “Think about what’s happened to you this weekend, but don’t analyze it. You don’t evaluate a loving relationship. You’re simply there with the beloved.”

There is beautiful writing here, but more important, there is truth. In a very real sense, Cole slipped the surly bonds of earth while on his retreat, and traveled a bare measure within the Divine Sliptream, within which one never remains for long — our human gravity always pulls us back down — but from which one one always emerges forever changed, even if (by earth’s measure) only infinitesimally.

Read both parts; they are a gift. Send them around to gift others. We need this. Badly. 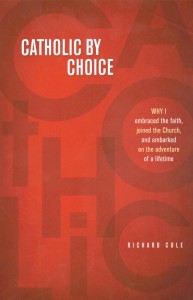 UPDATE:
What you have read above eventually became an excellent book by Cole, entitled Catholic by Choice:Why I Embraced the Faith, Joined the Church, and Embarked on the Adventure of a Lifetime. The Patheos Book Club had covered the book with enthusiasm. Kathy Schiffer gave it a huge thumbs up. 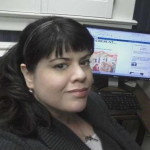 July 26, 2015
The Crescat Needs Your Urgent Prayers - UPDATE
Next Post

July 28, 2015 Barron on "Death of God & Loss of Human Dignity"
Browse Our Archives
Related posts from The Anchoress