In Reply to Rabbi Stephen Fuchs 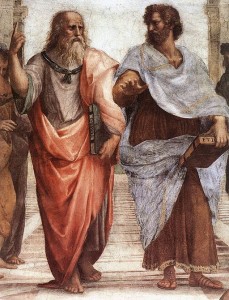 Rabbi Stephen Fuchs left a couple of comments on my blog about my post, Imagine THIS! where I addressed a post from his blog. He’s definitely getting an earful from my commenters. I believe his remarks merit a full reply so I’m posting one here.

Please quote me an atheist text that predates the Torah that urges people to care for the widow and orphan, to accord the resident alien the same protection under the laws as the citizens and commands us to clothe the naked, feed the hungry and leave the corners of our field for the poor and the stranger. If you cannot do that, then your response to my essay is by your own contentions completely off base.

And by the way where do the values of the Birmingham Temple (at least as Rabbi Wine a titular ex the, when I heard him speak) come from? the Jewish idea of God! It is OK with me if you eat the fruit of Judaism while rejecting its roots, but PLEASE don’t contend that the tree would have grown if the seeds never were planted.

You know as well as I do that there are many, many civilizations that had no contact with ancient Israelites or Jews and that were perfectly capable of developing approaches to justice not dependent upon Judaism or its monotheistic religion. In the 25th century BCE, ancient Sumerian law already spoke about justice for the homeless, orphaned and widowed as well as the need to eliminate evil. That’s more than a few years before the invention of the “single, good caring God.” There are Ugaritic texts that rebuke people because they “did not hear the case of the poor” and “did not feed” them. One of my commenters provided you with Hindu parallels. You dismissively responded that you “see the ultimate goal of eastern religions to find ways to allow humans to transcend the misery of this existence, not to engage it and make life better for those less fortunate.” Really? That’s your answer to him?

You challenged me to present an atheist text that predates the Torah in promoting ideals of social justice. I hope that you realize that this is a bit of an anachronistic question. Atheism as it is currently understood was virtually unknown in the past. There were, however, many thinkers during the Axial Age (in Greece, for example!) who developed deeply thought-out logical reasoning about morality that owed little or nothing to any gods, much less of the Hebrew variety. I believe Plato’s Euthyphro quite effectively demonstrated the limits of depending upon deities in pursuit of justice and morality. Or perhaps you’ve heard of Epicurus or Lucretius who also wrote about how to employ the faculty of reason in order to create just and virtuous societies without relying upon deities? (I concede that the latter do not predate the Torah. Still, the Torah had nothing to do with their teachings.)

You ask that I acknowledge the roots of the “fruit of Judaism.” I hope that you know that not all of these roots are in monotheistic soil. They were, in fact, put down over the course of a long evolution from polytheism to monolatry to monotheism (and as Rabbi Sherwin Wine actually did point out, monotheism wasn’t necessarily a big upgrade). These facts are at odds with your point that a concern for social justice was absent from the world until that “single, good caring God” Yahweh taught people “to engage it and make life better for those less fortunate.”

In any case I do say good for them when they got it right! In such cases I happily eat from the cultural heritage of my ancestors and give them full credit for the wonderful things that they preached and taught. Recognizing this does not require me to claim that they were alone on this planet in advocating that people should “make life better for those less fortunate.”

Furthermore, while they were good at promoting some values that we rightly laud today, they were also products of their time who were content living with conditions that we quite rightly consider unjust by modern standards. This is because they were as fully human as we are. They were not informed by any special supernatural eternal source of justice. Such an eternal source of wisdom would, if it existed, certainly have opposed slavery and misogyny and homophobia and genocide, each of which stands unopposed and, indeed, frequently encouraged by the Torah. If its authors really had possessed a special and unique conduit to eternal wisdom, surely they would have better transcended their social context and truly transformed the world. If Yahweh had said, “Abolish ye all slavery! Treatest thou women as equal unto men! Lovest thou the homosexual or differently gendered for she or he or ze is like unto you!” well then we’d have something interesting to talk about here.

But no, the Israelites and their prophets were simply humans and products of their time. The most well-intentioned among them urged their societies to rise above the baser instincts of human nature. They were not the only ones on Earth who were doing this and their task required no deity. That they believed they were communicating a god’s will was neither a weakness nor a strength. During the times in which they lived deities were de rigueur. This, however, does not mean that they were real.

As an atheist, I have seen no evidence for their existence. Your claims do not change that.

A much better case for the development of human morality is offered by the discoveries of evolutionary psychology. These have revealed that we are a highly social species that, like other social species, is equipped with brains that are wired for identification with one another. For the past several hundred thousand years, Homo sapiens evolved the capacity to experience empathy, demonstrate compassion and express concern for fairness. Our brains’ evolution of these tendencies is, however, imprecise. For this reason, and because we also evolved to a level of self-awareness and intellectual capability, we employ reasoning, argument, science, and experimentation to arrive at expanded determinations of what is moral and just.

One of the reasons that we must apply these tools to our species’ moral development is that our brains also come equipped with a number of limitations. Among these is its proclivity to demonize or “other-ize” out-groups. This is a deep part of our psychology that we must overcome. And the answer is not definitively located in religion, itself a source of tribalism. It is rather to be found in developing our resolve not to buy into delusions that our accomplishments or those of our group are better than another’s. This is precisely the trap that too many rabbis fall into with their notions that, as the “chosen people,” Jews brought incomparable gifts into the world  when, in fact, human beings have been collectively struggling to develop moral societies for many millennia.

Finally, one of my readers described your position as “racist tripe.” This was, perhaps, a bit strong. Yet I do urge you to take notice of the fact that this is the message that you are bringing across with your ethnocentric perspective. We all should certainly respect your belief that your values are inspired by the Torah. However, since it is you who has recommended mutual respect and affirmation of diversity, may I suggest that rather than teaching that morality and justice are the sui generis products of the Torah, you might acknowledge that they are in truth the result of many thousands of years of human evolution and gradual enlightenment across countless societies and civilizations? This need not diminish our Jewish attachments even if it does place us on the same field of history as every other people.

An honest evaluation of Jewish and human history can be humbling. I know that it was difficult for me. It is, however, the only path to real diversity.

I would like to thank my philosophy teacher, Prof. Dan Fincke (who blogs at Patheos’ Camels with Hammers), for helping me clarify some of the ideas I’ve presented here. 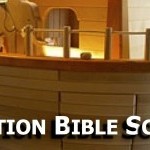 August 4, 2015 Murderous Jewish Religious Fanaticism, Part One
Recent Comments
0 | Leave a Comment
Browse Our Archives
get the latest from
Nonreligious
Sign up for our newsletter
POPULAR AT PATHEOS Nonreligious
1

Exposed: the evangelist who was assaulted...
The Freethinker
Related posts from The Atheist Rabbi