Wear Long Skirts! Cover Your Elbows! You Can Save Israel and Get Ice Cream, Too!

Wear Long Skirts! Cover Your Elbows! You Can Save Israel and Get Ice Cream, Too! July 13, 2015 Jeffrey L. Falick

There is nothing in traditional Judaism that demonstrates its sexism better than the rules of tznius (modesty).

The rules grow out of the assumptions that women are automatically objects of sexual desire – even from a very early age – and that men have no control over their actions when faced with these temptresses. In Haredi communities, “modesty police” are sometimes in place to ensure that women adhere to the strictest standards of covering up. In New York, they have more gentle means of persuasion…ice cream! And because everything that Jews do has magical powers, when little girls dress modestly then Israel, the people and land, are saved. Yay!

This is a project of the Chabad-Lubavitch Hasidim. That’s the same international outreach-oriented group that is lionized by so many self-degrading liberal Jews who believe it to be the answer to Jewish survival. It raises millions of dollars off their guilt and its presence is felt in almost every city and town from North America to the Himalayas.

In its home base of Crown Heights, Brooklyn, Chabadniks have initiated this campaign to increase the observance of tznius among young girls. It involves getting a card at camp in order to ultimately get free ice cream.

But what it’s really about is saving the Jewish people and defending the land of Israel! At least that’s what it says on their fliers. One of these brochures (above) features a little girl eating enjoying her ice cream reward.

But OY! Even that’s a problem! Even this modesty campaign has fallen into potential sin!

The pathology of this community is best expressed by the comment at the bottom of the website that, even while supporting the campaign, felt it necessary to point out a small flaw:

thanks so much
p.s.
the pic of the neshomo with the ice cream is not so beseder..(the hair is longer then halacha allows out of a ponytail or braid ect.)

“Neshomo” means soul, meaning the girl in the picture. “Beseder” means “okay” and “halacha” is Jewish law. The use of “ect.” is an example of just how ignorant people become when all they worry about is little girls’ hairstyles and the lengths of their sleeves and skirts.

There are, of course, additional promotional materials like this set of lesson plans. It includes the wonderful message that “No matter how hard we try to mix with the Goyim, we will always be different. Might as well be proud of it and live it.”

My favorite part is the song! Click on the song. You must hear this song.

It’s performed a capella because the “contest” is during the Three Weeks, a period of time leading up to Tisha B’Av, the day of mourning the destruction of the ancient temples. There’s no listening to music during that period, but some authorities allow recorded music as long as there’s no instrumental accompaniment.

Of course, it’s a man singing it because a woman’s singing is forbidden to men. Even if the intended audience is comprised of little girls, once it’s out there…well I don’t even want to think of the transgressions that could come about by a man hearing a woman singing to little girls.

Especially not these enticing lyrics:

Jewish girls are Hashem’s* children
We love to dress in the tznius fashion
Hashem loves us and we love him
So our clothes are attractive to him
Skirts that are short I throw away
Elbows and knees are covered all day
To get Hashem’s brachah** this is the way
I’m proud to be tznius…yay hooray!

*Hashem, literally, the “Name” and used as a substitute for pronouncing God’s name or any of the several substitutes already in place for God’s Hebrew name. Which, by the way, was probably pronounced “Yahweh.”
**brachah = blessing

It’s such an earworm, too. I’ll be humming it all day! 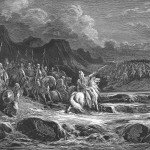 July 9, 2015
Maccabees, Reform Rabbis and the Quest to Slay the BDS-Monster
Next Post 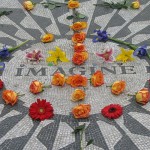 July 18, 2015 Imagine THIS!
Recent Comments
0 | Leave a Comment
Browse Our Archives
get the latest from
Nonreligious
Sign up for our newsletter
POPULAR AT PATHEOS Nonreligious
1