Why I Support Open Hillel

After years of sitting on the “right-of-center” when it came to Israel (I called myself a “security dove”) I have moved to the left. And not a little.

As I’ve slowly drifted to this position, I’ve come to realize just how much the right likes to shut down open discourse in the Jewish community. The BDS*-monster is the boogey-man invoked to shut down opportunities to even engage the other side.

When I worked in Hillel we certainly supported Israel, but we also sponsored all kinds of dialogues with Palestinians. Today the Palestinians support BDS (why wouldn’t they?) so when Hillel decrees that it is forbidden to “partner with, house, or host organizations, groups, or speakers” that support BDS, it effectively eliminates such opportunities. Ironically, the standards also forbid involvement with those who “[d]eny the right of Israel to exist as a Jewish and democratic state” even as many on the right – like Sheldon Adelson himself – have suggested that whether Israel is democratic or not is less important than whether it is Jewish. Yet I’m fairly certain that these rules are not applied to them.

I left Hillel work over fifteen years ago. I know that most Hillel professionals – some of whom are personal friends of mine – continue to do amazing work in many ways. But with new standards in place about what can and cannot be discussed or with whom, students are demanding change.

This is why I support Open Hillel.

I was first introduced to this grass-roots, student-run campaign by one of my own congregants who has since graduated from Harvard. As a Humanistic Jew, I particularly prize the value of debate. The students who put together the group felt that this was no longer as important to Hillel International as appeasing its right-wing donor base.

Open Hillel is a student-run campaign to encourage inclusivity and open discourse at campus Hillels. We seek to change the “standards for partnership” in Hillel International’s guidelines, which exclude certain groups from Hillel based on their political views on Israel. In addition, we encourage local campus Hillels to adopt policies that are more open and inclusive than Hillel International’s, and that allow for free discourse on all subjects within the Hillel community.

Hillel International’s current standards are counterproductive to creating real conversations about Israel on campus. They prevent campus Hillels from inviting co-sponsorship or dialogue with Palestinians, as almost all Palestinian campus groups support the boycott of, divestment from, and sanctions against Israel. They also exclude certain Jewish groups, such as Jewish Voice for Peace, from the Hillel community.

I do not support BDS and I am not a member of Jewish Voice for Peace. Nevertheless, I refuse to demonize and exclude these points of view from our community. This is why I joined the Open Hillel Rabbinical Council.

Open Hillel does not have the financial support of people with deep pockets. They depend upon smaller contributions by members of the Jewish community who care about real pluralism in Jewish communities both on and off campus.

Right now they’re working to fund their 2016 conference and they need all the help they can get. I encourage you to consider contributing at this link.

*BDS is the effort to boycott, divestment from, and impose sanctions against Israel. 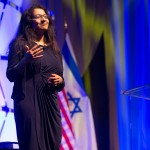 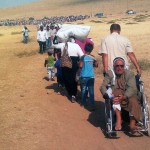 September 10, 2015 Helping Syrian Refugees
Recent Comments
0 | Leave a Comment
Browse Our Archives
get the latest from
Nonreligious
Sign up for our newsletter
POPULAR AT PATHEOS Nonreligious
1