This is Part 1 of what will be a two-part post.

I’m a Catholic mother of six living children, and I’m here today with a plea: stop holding the sacraments hostage.

Don’t erect arbitrary and unnecessary obstacles to the sacraments, obstacles that have no basis in canon law. In particular, stop making it harder for parents or parishioners to access baptism. By doing so, you’re denying members your flock the grace they need to live strong Catholic lives and grow in their faith, and you’re putting the souls of innocent babies in grave danger.

I’m not talking about setting basic standards. Those are needed and necessary. I’m talking about tying up burdens that you yourself aren’t willing to shoulder (cf. Matthew 23:4).

Let’s start with an example that I am all too familiar with: baptism.

Some of the obstacles to baptism I’ve heard about from other Catholic mom friends are patently ridiculous. Some parishes require a class (or two, three, or even more!) that can only be taken after the child has been born, and only after he or she has received his or her birth certificate (which can take several weeks or sometimes several months after birth), and require both parents to attend, and don’t offer childcare for older siblings. Some even stipulate that you can’t bring your newborn child!

And speaking of that, why do parishes require a new baptism class for each child or make it so the classes “expire” after a set amount of time (usually three years)? Do you really think that a Catholic family who has already baptized 4-5 kids has suddenly forgotten what baptism is and why it’s important? If we’re having 4-5 kids in today’s day and age, chances are we are intimately familiar with Church teaching and doctrine. Heck, by kid #5 I think I could have TAUGHT the baptism class.

And it’s not even large families. Do you really expect a brand-new mother who is exclusively breastfeeding to leave her tiny child alone for several hours, likely for the first time? You have new parents who are constantly exhausted, stressed out, anxious about a million different things, and you tell them: “Oh, by the way, you have to attend this class at your parish [or sometimes multiple classes] before we can even set a date for the baptism. We’re going to make it at the most inconvenient time possible for the parent who is working, and you’ll need to find a babysitter to care for your tiny, vulnerable newborn. Oh, you breastfeed exclusively? Well, you’ll have to figure that out, because we can’t possibly have an infant at a class where we’re discussing infant baptism.”

No. You don’t do that to families. You don’t target them when they’re already in one of the most chaotic, tiring, stressful periods of their lives and do what you can to make it even WORSE. That isn’t going to bring people into the Church, or evangelize them in any way. That is only going to push already lukewarm Catholics out of the door and send them down the street to the local happy-clappy Protestant church where all they need to do is sign up to get their kid baptized.

We as Catholics need to meet people and parents where they are. It’s 2018 and we can do better. Online classes (with a short quiz afterwards to ensure information was received and retained). Skype classes. Sending a deacon or a catechist or even the priest to the parishoners’ home to do the class. If a class at the parish is needed, allow siblings — including the new baby! — to attend along with their parents, and don’t have the class in late evening when toddlers will be tired and cranky. Feed them so they don’t have to cook that night, or organize a potluck. And allow parents to attend this class BEFORE the baby’s birth, especially if they are first-time parents!

Don’t require a birth certificate, social security card, passport, and godparent affidavits signed in triplicate by a notary. The hospital record of birth should be good enough documentation to start with, and the rest can wait and be submitted later. And while I understand the importance of having qualified godparents, it’s sometimes hard if you have godparents who live farther away to get all the necessary documentation in a timely manner.

If you’re worried that the godparents may not be suitable, ask if you can have a five-minute phone conversation with them instead of requiring that they get a testimonial from the local bishop or other onerous paperwork. Ask them to record a five-minute video about why godparents are important and have them send you the YouTube link.

And for the love of all that is good and holy, do not refuse to baptize children during Lent. This has absolutely no basis in canon law and is frankly discriminatory towards babies born in January/February.

I had to go through this with my sixth baby, who was born January 21 of last year. By the time my postpartum fog had began to clear enough for me to realize that I should really call the parish to ask about baptism (because of course we weren’t allowed to do so BEFORE the baby was born), Lent was nearly upon us. We’d been further delayed by the fact that we wanted to ask her potential godparents to be her godparents in person, but every time we arranged to meet up, one of us had to cancel due to illness. Finally, I had to do it over the phone.

So I finally remember to call the parish to request baptism (which canon law states should be done AS SOON AS POSSIBLE after birth), and what am I told?

No, we can’t baptize the baby during Lent because Lent is a time of penitence and baptism is too celebratory, even for Sundays; it will have to wait until after Easter. Allegedly, this is a mandate from the bishop (though I have my doubts).

No, you can’t set a date until you have an in-person meeting with the deacon. We’ll need you make sure that you submit offering envelopes for at least three months so you can prove you’re a regular churchgoing member of the parish. Oh, you don’t have to put anything in them, we just need the proof for our records.

No, it doesn’t matter that we see you every Sunday and your husband is in Knights of Columbus and you’re in Catholic Daughters and you regularly bring your children to religious ed class, and have done so faithfully for years.

No, you can’t skip the required baptism class, because it’s been more than three years since your last child was baptized (gee, I’m so sorry I had TWO MISCARRIAGES in between babies five and six).

Oh, we only offer the baptism class once every three months, so may the odds be ever in your favor. And we don’t allow kids to attend, so good luck finding and affording a babysitter for all six kids, especially your breastfeeding newborn!

I hadn’t remembered this ordeal with any of my other babies, but I was steamed. I did get our parish priest to waive our requirement for the class, but not the requirement to wait until after Lent. In the end, the baby was over three months old before she was baptized, and it was the longest three months of my life. I even considered baptizing her myself, just in case (especially when she suffered a skull fracture due to a freak accident at four weeks old), but I didn’t because technically she wasn’t in danger of death (even with the skull fracture).

And it was so unnecessary! My husband and I are faithful, practicing Catholics. We have six kids, for heaven’s sake! The other five were baptized, three of them at that very parish. The father of the baby’s godfather was a deacon at our parish, but I still needed to submit paperwork proving the deacon’s son and his wife were suitable choices even though they had been godparents of our fourth child as well.

I would have been willing to bring my child for baptism the following week if I’d been allowed. All we needed was the baby, the priest/deacon, the baptismal font, and the godparents. I didn’t need time to plan a fancy party or anything. I just wanted my baby baptized, and it felt like I was being denied baptism until I jumped through ridiculous and arbitrary hoops. 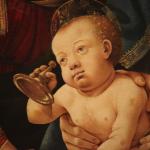 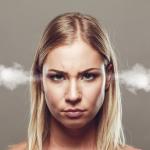 January 29, 2018 Leila Lawler's Post About Working Mothers
Recent Comments
59 Comments | Leave a Comment
"I wish men didn't have such negative attitudes toward women. And then call it the ..."
CagOC What Does the Catholic Church Teach ..."
"Ripperger lives in an echo chamber where everyone thinks it's still 1895, with the imagined ..."
Larry Bud Fr. Ripperger Reduces Fathers to a ..."
"The demons of Feminism are working overtime, especially now 3 years later. We're in clown ..."
stormy the hexican Fr. Ripperger Reduces Fathers to a ..."
"Unfortunately, I have to wholeheartedly disagree with you here, although I understand where you and ..."
Bob What To Do When You Can’t ..."
Browse Our Archives
Related posts from The Catholic Working Mother 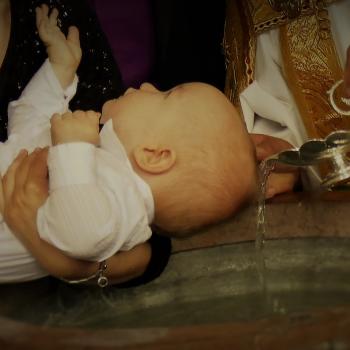 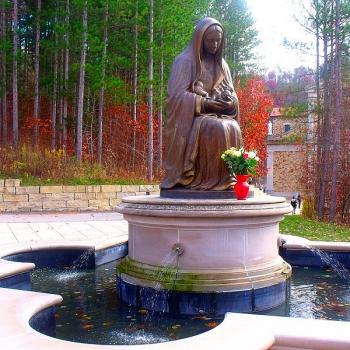