The Catholic social media sphere has been abuzz this past week due to Pope Francis approving a edit to the Catechism of the Catholic Church, per the Congregation of the Doctrine of the Faith, that articulates development of doctrine regarding Catholic teaching on capital punishment.

And some are spreading memes that allegedly “prove” that Pope Francis has reversed the Church’s teaching on the death penalty, such as this one (as seen on Twitter, here): 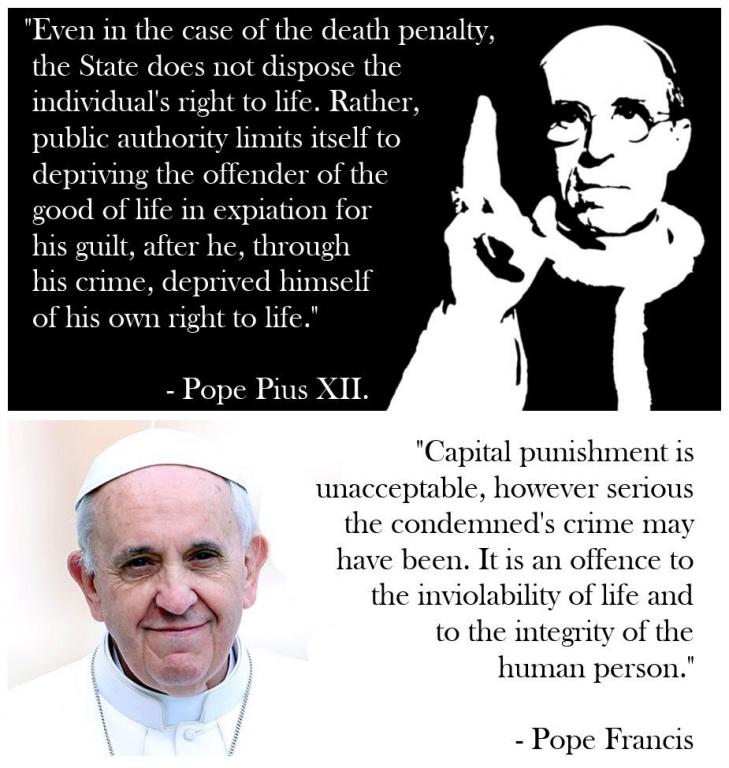 The quote from Pope Pius XII comes from an address (not an encyclical or apostolic letter or other “official” teaching document) given September 14, 1952 to the First International Congress on the Histopathology of the Nervous System.

The quote as found in the original document is as follows:

33. Even when it is a question of the execution of a condemned man, the State does not dispose of the individual’s right to life. In this case it is reserved to the public power to deprive the condemned person of the <enjoyment> of life in expiation of his crime when, by his crime, he has already disposed himself of his right to live.

Compare the quote above to the quote in the meme:

Even in the case of the death penalty, the State does not dispose of the individual’s right to life. Rather, public authority limits itself to depriving the offender of the good of life in expiation for his guilt, after he, through his crime, deprived himself of his own right to life.

The two quotes are similar, but they aren’t the same. It is possible that the meme quote is a translation done by an unknown person from the Spanish or French of the original source at the Vatican, but I would prefer to trust the translations as found on EWTN as well as the National Catholic Bioethics Center (they are identical).

If you read the entire address in context, Pope Pius XII is not discussing capital punishment or the death penalty, but rather medical ethics — specifically, the importance of doctors obtaining informed consent from patients being treated for disease or participating in medical experiments. His comment about execution of a condemned man is said almost in passing, and he did not intend it to be a definitive or infallible pronouncement on the absolute good and necessity of capital punishment.

The Church has never taught that the the death penalty is a moral good. She has never given governments a quota for how many prisoners they must kill per year. Pope Pius XII even acknowledges in this quote that the State does not have the authority to dispose of an individual’s right to life — rather, he says that the individual has forfeited his own life by the act of murder.

The reformulated teaching of the Catechism says that since non-lethal means are sufficient to protect society, charity and our greater understanding of human dignity obliges the state to use them. Even if a murderer has forfeited his right to live by his actions does not mean that the State is therefore obligated to take his life from him. As G.K. Chesterton said, “To have a right to do a thing is not at all the same as to be right in doing it.”

Even a murderer has not and can not lose his personal dignity. This teaching is important because the easier it is to dehumanize human beings, the easier it is to oppress them and treat them cruelly. Proponents of legal abortion, for example, demonstrate this concept in their attempt to dehumanize unborn human beings in order to oppress them and deny them the right to life.

In terms of prisoners, the Church teaches that they must be treated fairly and humanely while receiving just punishment for their crimes, and their human dignity must always be respected. Part of respecting that human dignity is preferring the correction and repentance of sinners, instead of desiring their deaths. As Pope John Paul II said in Evangelium Vitae (quoted in the CDF’s letter to bishops),

And yet God, who is always merciful even when he punishes, “put a mark on Cain, lest any who came upon him should kill him” (Gen 4:15). He thus gave him a distinctive sign, not to condemn him to the hatred of others, but to protect and defend him from those wishing to kill him, even out of a desire to avenge Abel’s death. Not even a murderer loses his personal dignity, and God himself pledges to guarantee this. And it is precisely here that the paradoxical mystery of the merciful justice of God is shown forth. As Saint Ambrose writes: “Once the crime is admitted at the very inception of this sinful act of parricide, then the divine law of God’s mercy should be immediately extended. If punishment is forthwith inflicted on the accused, then men in the exercise of justice would in no way observe patience and moderation, but would straightaway condemn the defendant to punishment. … God drove Cain out of his presence and sent him into exile far away from his native land, so that he passed from a life of human kindness to one which was more akin to the rude existence of a wild beast. God, who preferred the correction rather than the death of a sinner, did not desire that a homicide be punished by the exaction of another act of homicide. (emphasis mine)

So if you see this meme floating around the Internet, please be assured that the teaching of Pope Pius XII and Pope Francis are not in opposition, but are in fact in perfect consistency. 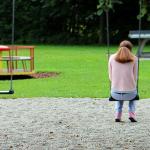 July 30, 2018
The Pro-Abortion Agenda Behind "Would You Be Lonely Without Me?" Is Based on Lies
Next Post 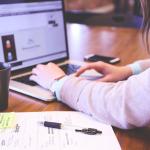 August 10, 2018 Working Mothers Are an Asset to Businesses, and Here's Why
Recent Comments
11 Comments | Leave a Comment
"We dont know if Mary was married at the time she assisted with Jesus's ministry ..."
Thunder Thumbz Fr. Ripperger Reduces Fathers to a ..."
"I see a lot of angry, stung consciences in here. (Shades of Eve) And all ..."
Rebecca Fr. Ripperger Reduces Fathers to a ..."
"BBB is just yelp for old people. Reporting something like this to them is meaningless."
Ejdjss ThoughtfulGiftCards.com – Is It a Scam, ..."
"This article is spot on. I am currently struggling with the fact my daughter was ..."
Liz Shukie Borst Stop Holding the Sacraments Hostage: Confirmation
Browse Our Archives
Follow Us!