Working Mothers Are an Asset to Businesses, and Here’s Why 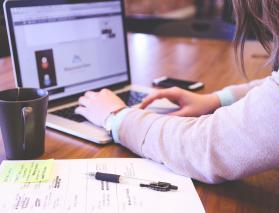 My Catholic Working Mothers Facebook group just celebrated its fourth anniversary on August 8. I remember thinking at the time I started it that I’d be pretty happy if the group ended up with five hundred members. Today, we have over five thousand.

I’ve learned so much from my fellow members. As I’ve read about their struggles, their failures, their triumphs, and their many successes in their quests to be good Catholics, good moms, and good employees, I’ve come to realize just how lucky some businesses are to have these amazing women in their employ.

There are so many skills that cross over between motherhood and work life, and the skill set developed by an experienced mom is one that serves her well in the business world — and makes her an asset to her employer.

She is a scheduling ninja.

Give a working mom the challenge of figuring out how to squeeze in two doctor appointments, a soccer practice and grocery shopping into a day that also includes a full eight hours of work, and she can usually make it happen. It might involve some creative scheduling and delegating of responsibilities, and it’ll probably involve getting up early and/or staying up late, but she’ll get it done. Everyone will get to where they need to go, the groceries will make it into the fridge and pantry, and work projects will be that much closer to completion.

She’s as flexible as Elastigirl.

I loved Incredibles 2 because it featured Helen Parr as a working mom who kicks some serious butt. It also illustrated the concept I’m talking about — Helen’s years as a stay-at-home mom gave her skills that translated well to her career, and vice versa. Both positions required quick wits, a sixth sense when it comes to troublemakers, and most importantly, insane flexibility. This is a trait that working mothers quickly learn in order to manage their dual responsibilities. You’re two days out from your project deadline and the client comes back with some changes that need to be made ASAP? Okay, let’s juggle some deliverables, prioritize the remaining work, and delegate a few of the easier tasks. No problem. You planned an outdoor birthday party for your son but the weather report calls for torrential rains? New plan: fort-building contest in the living room, plus pizza and video games before cake and presents. The day is saved and your son’s friends think it’s the coolest birthday party ever.

She can bring order to chaos.

Any woman who can commandeer and organize the seasonal wardrobes for multiple children (and probably her husband, too) has no problem straightening out a messy filing system or using the ninja skills mentioned above to work magic with a complicated schedule. The same mom who walks into a house teeming with yelling, running kids and yet manages to put them all to work vacuuming rugs and emptying the dishwasher while she makes supper is the same one who can enter a meeting with fifteen people talking at once and manage to move down an agenda and form a plan of action by the end of it.

She can work with or manage many different personality types.

Every child is unique, just like every employee. A mother who gives birth to several children, each with their own individual personality, has to learn effective communication tactics, socialization needs, and discipline strategies for each child according to their specific personality, and this skill translates into knowing how to work with or manage employees who have varying personality types, work styles, and communication preferences. If you can break up a three-way fight between a six, eight, and ten-year-old over whose Pokémon cards are whose, it’s just as easy to mediate a dispute between the co-workers who argue about the best brew strength of the coffee in the break room.

She’s an expert in efficiency.

Working moms know all too well that there are too many tasks to accomplish but not enough hours in the day to get them all done — and she knows that she could hit roadblocks along the way that require creativity and flexibility. As such, she is ruthless with her to-do list and her productivity. She knows exactly what needs to get done, how long she has to work on it, and as such she manages her time carefully and artfully, making sure to attend to her work with a laser focus and block out all distractions until her necessary tasks are done — but she also can handle working while being interrupted fifty-seven times in fifteen minutes. When obstacles pop up, she navigates them with care and precision. When her time at work is done, she switches gears into “Mom mode” and makes sure all the papers in the backpacks are signed, the lunches are packed, the clean clothes are laid out, and everything is ready for the next day, so no unnecessary time is wasted in the morning when everyone is trying to get out the door.

See what I mean? Businesses should be clamoring to hire and retain working moms on their staff. We’ve got serious skills, and we use them in both at work and at home — skills that make us a clear asset to any employer. 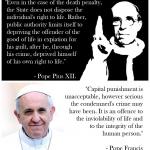 August 5, 2018
Pope Francis Has Not Reversed Pope Pius XII on the Death Penalty
Next Post 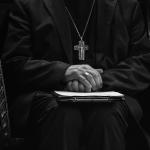 August 15, 2018 The Bishops Have Failed Us. What Can We Do?
Recent Comments
0 | Leave a Comment
Browse Our Archives
Follow Us!

Pseudo-Profundity from Fake Voltaire
Catholic and Enjoying It!
Related posts from The Catholic Working Mother

The Problem is Sin. The Solution is Him.
I've published this before. I think we could all use it today....
view all Catholic blogs
What Are Your Thoughts?leave a comment
Copyright 2008-2020, Patheos. All rights reserved.