It Really Does Take a Village

It Really Does Take a Village November 30, 2018 JoAnna Wahlund

A member of my Catholic Working Mothers Facebook group shared the following today, and she gave consent for her words to be shared outside the group:

This is for anyone who needs to hear this today:

The concept of ONE or TWO people (the mother and father usually), being the sole nurturer, provider, caretaker, driver, supporter, etc. of their child is a completely new concept. For YEARS we had generational caretakers. For example, multiple generations in the home would take care of the whole family. It was a group effort. In places like India and Japan, this is still a very common practice. In America, we have the means and the social expectation to live in our own separate homes and that means separating our lives as well. Do not feel guilty that it takes a village. For years we had villages. People just very quickly forget that.

Oh, how true this is. We were not meant to raise children in complete isolation, never taking time off or going on vacation to rest and relax without our children.

For proof of this, we can look to St. Gianna Beretta Molla, who worked full-time outside the home as a doctor her entire adult life. Her husband Pietro was an engineer and traveled for business quite often. After the arrival of Gianna’s first child, Pierluigi, in 1956,

Gianna quickly returned to her active life with the help of Savina Passeri, a young woman who became the Mollas’ housekeeper and was devoted to Gianna, remaining with the family until after the “signora’s” death (“Saint Gianna Beretta Molla: A Woman’s Life” by Giuliana Pelucchi, p. 77).

In spite of their busy schedules, Gianna and Pietro went to Milan regularly to spend time together at concerts or plays or movies. The children were well looked after and loved by Savina, Aunt Zita [Gianna’s older sister], and their paternal grandmother who occasionally stayed with them for a few hours (Pelucchi, p. 85).

And a few pages later:

In December [of 1960], Pietro had to go on another business trip, but this time he wanted Gianna to join him. Entrusting their children to Aunt Zita and Savina, Gianna and Pietro went first to England, and then to Holland. […] In July 1961, Gianna accompained Pietro on a business trip to Denmark and Sweden–countries she had already heard much about through long letters Pietro had written before their wedding (Pelucchi, p. 93).

Can you imagine having a full-time housekeeper in addition to relatives who were willing and able to care for your children when you needed a break? What an amazing gift that would be! I wonder if St. Gianna would have been as successful as she was at “harmoniz[ing] the demands of mother, wife, doctor and her passion for life” without the help of her “village.”

I’m fortunate to have a village in the form of friends who are willing to watch all six of my children when my husband and I need a few days away (thank you, Luisa!) and in the form of my father-in-law, who spends his winters in Arizona and is always willing to come over and lend a helping hand. In January 2017, he came over three times in the middle of the night to watch our kids when I thought I was in labor with my youngest daughter (thankfully, the third time was the charm), and he’s done more repairs and DIY fixes around our house than I can count. And of course, our daycare providers have always been a valuable part of our village.

Who is in your village? Let me know in the comments! 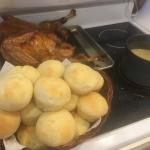 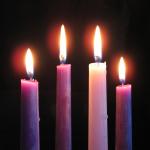 December 1, 2018 What Is the Reason for the Advent Season?
Recent Comments
0 | Leave a Comment
"If you're going to make an argument that there's falsehoods, you should be specific.Where in ..."
Maea L What Does the Roman Catechism Teach ..."
"So many, many words.The serpentHe did tempt me (beguile me)And I did eat."
Allan Vichtern What the Catholic Church Teaches About ..."
"There's a reason Saint Paul stated: "I do not permit a woman to teach or ..."
Cogito22 What Does the Roman Catechism Teach ..."
"I wonder what Father Ripperger makes of St. Zélie Martin, then."
Marie Fr. Ripperger Reduces Fathers to a ..."
Browse Our Archives
get the latest from
Catholic
Sign up for our newsletter
POPULAR AT PATHEOS Catholic
1