Shallow Definitions of Beauty, The Pope is Not Impressed…

Shallow Definitions of Beauty, The Pope is Not Impressed… March 16, 2013 Katrina Fernandez

… Beauty and ornamentation are not the same thing. You can have a stunningly beautiful liturgy without a drop of ornamentation. Just ask the Carthusians, Trappists, or other ascetic religious orders.

Yes, I am a visual person and have referred to myself as a Catholic magpie… Oooo, shiny. I need the ornamentation to keep me focused, but not everyone does. And just because a church isn’t Baroque-d out doesn’t mean the liturgy is necessarily “ugly” or less reverent. Also, the Eucharist isn’t any less Jesus because the mass is celebrated in Latin or not. Celebrating mass in Latin doesn’t automatically equal beauty or reverence anymore than not celebrating it in Latin makes the mass irreverent or invalid.

The beauty is in the liturgy and the miracle of the Eucharist. 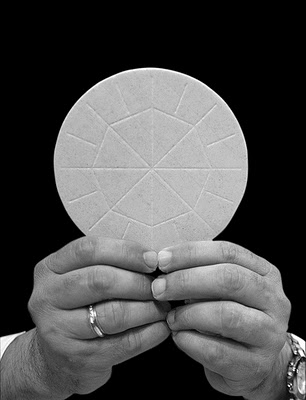 While the ornamentation directs our attention to the beauty of the liturgy itself, the mass is never less beautiful without it. The key is reverent respect. And I must ask you, naysayers of Pope Francis, in all those videos you watched did you once see the pope celebrate mass irreverently?

Even in this crazy video…

which I watched three times, as an act of penance. Pope Francis retains a reverent demeanor and respect for the holy Eucharist. I mean seriously… watch it. No, watch him. Not the balloons and the clapping and the giant puppets- tune all that out – and just watch him. What do you see? Be honest with yourself, put your cultural & liturgical preferences aside for a moment and just focus on Pope Francis and his demeanor. He’s not participating in the kook buggery around him. He’s focused on one thing and one thing only. The mass.

People have been looking to this video and his preference for liturgical simplicity as proof of the pope’s heterodoxy… as if no one in all the history of the church every mutter a heresy in Latin and Catholicism remained without scandal until 1960.

When I watch this video I see a man who looks like he got ambushed by the liturgy committee or whatever you call the people responsible for organizing those types of large youth masses. Do you really think he picked out the music and crafted those puppets himself? He showed up to celebrate mass and did a fantastically solemn job, given the circumstances, and exhibited patience and respect. But by all means… just see ugly.

The truth is the Church Militant is never going to be without controversy because it’s comprised of men – as in mankind. The only perfect church is the Church Triumphant. Even if liturgical purists got their wish – as if the Church existed solely for their wants and desires – and we got a perfect pope [no such thing] and the novus ordo mass was suddenly declared anathema there’d only be something else… how much incense do you use to measure fidelity to the Church, I wonder.

The Pope only prays 15 decades of the rosary daily instead of twenty? Well, how many decades do you pray daily? Latino Catholics are charismatic and celebrate the mass too exuberantly? Well, get on your knees and thank the sweet Baby Jesus we didn’t get an African Pope. Clearly we aren’t as culturally diverse and accepting as we claim.

Anyway back to beauty and ornamentation. Pat Archbold thinks humble liturgies are like ugly babies. This is what happens when you place too much emphasis on external ornamentation to measure beauty. The fact that he would even think any baby ugly speaks of the shallow definition of beauty that the liturgical purists have. 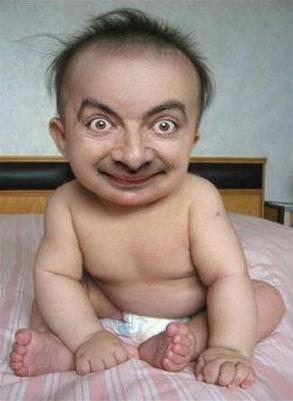 So the pope likes to keep things simple. That’s is not the same as keeping things simply irreverent. Ornamentation is not beauty. Simple things are beautiful. The beauty of the mass is the liturgy, not the man lace or the language in which it’s celebrated. And there are no ugly babies.

Now, can we all go back to our green beer? 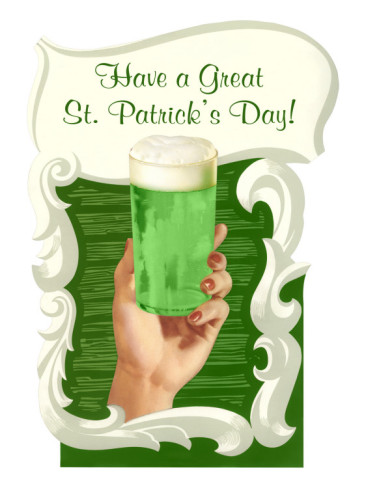 Related Links For You To Consider: To follow every rubric in saying Mass but to ignore the plight of the poor is to tear Christ in two. And this article at Chant Cafe, Is Chant In Danger;

“The new Pope’s emphasis on austerity, humility, and simplicity — underscored by his choice of name and his tendency to eschew material signs of wealth or position — shouldn’t necessarily be a cause for concern.”

March 17, 2013 The "Libretto" For The Installation on Tuesday...
Recent Comments
0 | Leave a Comment
"Pithy and so, so, true. If it were possible, I'd post a million of these ..."
Vicky Hernandez #whyIstayed Why Women Stay In Domestically ..."
"All the best to you, Katrina! We'll miss you. Thanks for sharing your journey with ..."
Lori Ten Years is a Long Run…
"Bon voyage on your new endeavours. And thank you."
Cordelia Ten Years is a Long Run…
"I will miss your unique, funny, honest voice. Thank you for all the years of ..."
Jim Vogel Ten Years is a Long Run…
Browse Our Archives
get the latest from
Catholic
Sign up for our newsletter
POPULAR AT PATHEOS Catholic
1 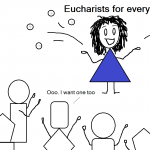