… Ya’ll pro-abortion advocates still want to act like Kermit Gosnell was the exception and not the rule in the abortion mill industry? Truth is, filthy conditions and unethical business practices are the norm. This is not a business conducted in the best interest of women. It’s an assembly line style of “care” where the bottom line is the all mighty dollar at the expense of women’s health and safety. It always has been and always will be about money and never about “choice”.

When you support abortion you promote infanticide and the exploitation of women in what is probably one of the most emotionally traumatic times of their lives. And the best we can do for them is un-sterile medical equipment, improperly trained “medical” staff, unsafe and illegally administered drugs?

FULL STORY – CHARLOTTE, NC — An abortion facility on Latrobe Drive was closed Monday after state officials revoked its license to operate on May 10, calling it “an imminent threat to the health and safety of patients.”

Inspectors from the N.C. Department of Health and Human Services conducted a surprise visit to Latrobe April 19-20 and did additional investigation work in late April and early May.

They found “that conditions at A Preferred Women’s Health Center, LLC, present an imminent danger to the health, safety and welfare of the clients and that emergency action is required to protect the clients.”

They found that the facility was improperly administering chemical abortions and improperly examining post-abortive women before they were discharged from surgery. The same day they issued their report, May, 10, state regulators ordered A Preferred Women’s Health Center shut down “no later than 5 o’clock p.m.” that day, saying the decision was “emergency action … required to protect the clients.”

These health violations come on the heels of a similar investigation in December, when state inspectors found dead insects, blood splatters and dirty surgical instruments inside the abortion facility.

Also, please don’t give me any claptrap that the only reason these sub-par conditions exist is because we need more access to abortion. We have plenty of access in Charlotte, as you can see here. So, you were saying?

“The facility’s owner, Lois Turner, had been given 60 days to file an appeal with the Office of Administrative Hearings, according to the state regulators’ report. On Tuesday, however, WBTV news reported that unnamed state officials with the Department of Health and Human Services had told them that the clinic would be allowed to reopen as soon as 9 a.m. Wednesday, but gave no details about how or why state regulators had lifted their suspension of the clinic’s operating license.”

As of this afternoon; WBTV and Charlotte Observer. 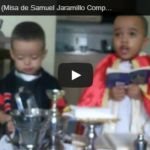 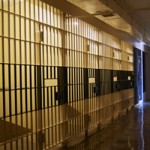 May 15, 2013 Die, Gosnell! Die!
Recent Comments
0 | Leave a Comment
Browse Our Archives
get the latest from
Catholic
Sign up for our newsletter
POPULAR AT PATHEOS Catholic
1

A Dandelion and a Mothers' Day...
Steel Magnificat
Related posts from The Crescat