Journalist Michael Hastings was killed early Tuesday morning in a bizarre car incident in Los Angeles. Hastings, 33, was best known for writing the Rolling Stone story that ended in Gen. Stanley McChrystal’s resignation as head of U.S. forces in Afghanistan.

Bizarre is quite the word for it. According to reports…

Hastings died in a fatal single-car crash at 4:25 on Tuesday morning. A witness said his car “suddenly jackknifed” before crossing the median and hitting a tree, causing a ferocious explosion that reportedly threw the engine block of the brand new Mercedes Hastings was driving 30 or 40 yards from the car. Mercedes engine blocks typically weigh between 290 and 540 pounds. It would take tremendous speed or force to throw one nearly half the length of a football field.

“It sounded like a bomb went off in the middle of the night,” another witness told the TV station. “The house shook, my windows were rattling.”

Hastings’ body was burned “beyond recognition,” according to reports.

What was the thing Hastings worked on before he died…

Hastings’ final story, “Why Democrats Love to Spy on Americans,” was a searing take on the NSA snooping scandal, which Hastings described as “North Korea-esque.” Hastings pulled no punches as he linked the NSA scandal to the Department of Justice’s spying on reporters and the IRS abuse scandal. Hastings built a case that the same Democrats who turned Bush-era anti-terrorism techniques into wedge issues that helped them capture Congress and the White House in 2006 and 2008 were now defending much worse and more widespread spying on American citizens by the Obama administration.

Related… or not: Navy Seal Team 6 and Andrew Breitbart. 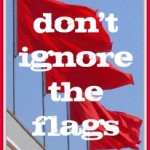 June 19, 2013
What Employment History Reveals About Your Date...
Next Post

June 24, 2013 Friar Gazing...
Recent Comments
0 | Leave a Comment
Browse Our Archives
get the latest from
Catholic
Sign up for our newsletter
POPULAR AT PATHEOS Catholic
1

Hypocrisy, Dr. Seuss, and the Red...
Steel Magnificat
Related posts from The Crescat