What Employment History Reveals About Your Date…

What Employment History Reveals About Your Date… June 19, 2013 Katrina Fernandez

… Just because I’ve given up on dating doesn’t stop mean I’ll ever stop dispensing my invaluable relationship wisdom. Why? Because everything I have to say on the matter of avoiding the worst type of spouse if something I wish my mother told me as a young girl. She was a “follow you heart” type of woman. I have a sneaking suspicion this type of advice is still being sold to hapless young ladies everywhere. For that reason alone I feel duty bound.

Following your heart has it’s place when discerning the path you want to take it life but to follow it aimlessly without aid of a sound mind and solid advice is like hiking without a map and a compass then crying later because you got lost in the woods.

Ladies, you should all be familiar with relationship red flags.

Red flags are things that should be setting off inner alarm bells warning you things are not right. These are entirely different from typical “deal breakers”. Deal breakers are typically personal preferences we have about what we want and don’t want in a mate. Many are completely superficial, like only dating men over 6 feet tall, and some not so much, like being annulled if divorced. Deal breakers are obvious, red flags are subtle, which makes them increasingly hard to recognize if we are really attracted to someone.

You really do yourself a major disservice by not enlisting the help of family and friends to stay grounded during the early stages of a relationship. It’s during those giddy early stages when we are the most intoxicated and incapable of making good judgments.

So now that we’ve established what red flags are and how important it is to never go it alone when dating, lets talk about the Employment Red Flag.

Employment is a major character indicator. I’m not talking about judging a man on the type of work he does; I’m talking about a man’s ability to hold down a job. The job hopper. If the gentleman you are dating has a significantly hard time keeping a job for a year or longer this should give you pause. It should really set those alarm bells blazing if he blames his boss or his co-worker for his habitual discontent in the workplace. 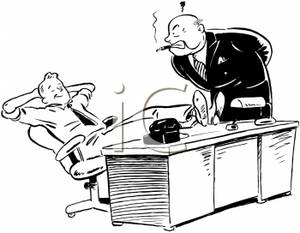 Does he get bored easily? Is he unfulfilled? Has he ever been fired? These are all important questions to ask no matter how uncomfortable or intrusive they make you feel asking them. Again, this is why is so darn important to enlist the help of family and friends when you are dating. They can ask these questions for you as you introduce your new beau to the group. They can also help you read through any BS line or excuse your potential suitor might give you. Remember… you cannot think clearly when you are smitten and your mind will cling to and believe anything.

I want to be clear here. I do not like judging people based on the type of work they do, unless they are employed in something unethical, immoral or illegal. The idea here is train your brain to rely less on the heart so you can honestly evaluate someone’s character.

Does he love his job? Does he get excited about what he does? Does he get along with his co-workers? Has he made friends at work? Has he been promoted or received any accolades? Has been able to hold down a job for longer then six months? All of these things are incredibly important to consider and the answers will reveal your new beau’s work ethic and level of commitment.

Really, if you do a little leg work and use your noodle in the early stages of courtship you can save yourself a considerable amount of time and energy. Men, this advice can easily be used for you as well. In general, anyone who bounces from job to job shows a level if instability. Think about how many hours a day you spend at your place of employment. When you first start dating someone, those co-workers spend more time with your date than you do. How your girlfriend interacts with them will help you discern if this person is toxic or not.

Does your date gossip about her co-workers and trash her boss? Does she make light of calling in, being late or just not showing up for work? Does she change jobs often because all her co-workers were impossible to work with? Has she ever been fired? Fired more than once? If the answer is “Yes” to one or more of these … red flag.

Now off you go and date smarter.

The Man Who Doesn’t Respect His Momma

The Man Who Wants to Isolate You From Family & Friends

The Man Who Doesn’t Want To Marry

The Man Who Wants To Live With You Without Marrying You 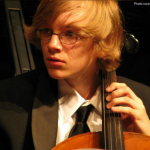 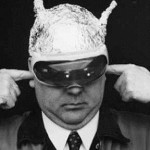 June 20, 2013 Highly Suspicious Car Accident Kills Journalist Michael Hastings...
Recent Comments
0 | Leave a Comment
"Pithy and so, so, true. If it were possible, I'd post a million of these ..."
Vicky Hernandez #whyIstayed Why Women Stay In Domestically ..."
"All the best to you, Katrina! We'll miss you. Thanks for sharing your journey with ..."
Lori Ten Years is a Long Run…
"Bon voyage on your new endeavours. And thank you."
Cordelia Ten Years is a Long Run…
"I will miss your unique, funny, honest voice. Thank you for all the years of ..."
Jim Vogel Ten Years is a Long Run…
Browse Our Archives
get the latest from
Catholic
Sign up for our newsletter
POPULAR AT PATHEOS Catholic
1