The Stages of A Praying Single Person…

… Single people are bombarded with advice on how to fix their situation constantly. This advice is always given in stages. When one fails we’re encouraged to move on to the next. Below are the stages of prayer advice, in order, that we most often hear.

Someone always has a story to tell you about the time they prayed this novena or that and implored the intercession of a saint and then BAM, they meet their future spouse the very next day. Like Bigfoot sightings, I doubt the authenticity of these accounts.

This one is tricky and deceiving because it works. Sometimes. In fact I can name a handful of married couples who met through Catholic Match or Ave Maria. I bet you know someone too. So we know they work. Sometimes. But what happens when they don’t work for you and you suddenly realize they’re not worth your sanity?

When the dating sites don’t yield desired results, we’re told the next logical step is to quit trying altogether. Because the minute you stop looking is the minute you’ll find your One. Really, this is just one step above giving up entirely by letting God play matchmaker.

4) Give Up The Desire To Be Married

And when God decides to not play along, then what? Ask God to take all hope and desire out of your heart. Duh!

This is probably the single most depressing advice I repeatedly get about finding a spouse. You know that scene in Shutter Island where Leonardo Dicaprio willingly decides to have a lobotomy instead of continuing to live in mental anguish? Yea. It’s like praying for an emotional lobotomy.

This advice is the same thing as telling someone to just give up all hope and accept a future of multiple cats and dying alone.

You know where else there is no hope?

So you don’t want to pray for all your hope to die. Now what? Bargain of course. Hey Lord, if you help a girl out I’ll make sure to volunteer at that homeless shelter and sign up for holy hour. I’ll knit scarves for orphans and bottle feed kittens. 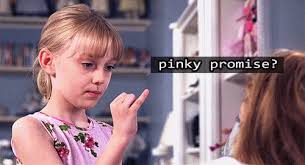 Only God doesn’t make bargains. When you realize and actually accept it, an amazing thing happens..

At this point you’ve run an exhausting emotional gauntlet, heard and heeded all the advice, and you’re still single.

You are now an expert level Single Person.

You’ve mastered patience, perseverance, and reached a level of don’t-give-a-shitness that you’re married friends can only dream of attaining.

You’re a boss. You swagger alone to parties and take all that advice and those pitied stares and you’re like…

December 20, 2014 A Gentle Reminder...
Recent Comments
0 | Leave a Comment
"Pithy and so, so, true. If it were possible, I'd post a million of these ..."
Vicky Hernandez #whyIstayed Why Women Stay In Domestically ..."
"All the best to you, Katrina! We'll miss you. Thanks for sharing your journey with ..."
Lori Ten Years is a Long Run…
"Bon voyage on your new endeavours. And thank you."
Cordelia Ten Years is a Long Run…
"I will miss your unique, funny, honest voice. Thank you for all the years of ..."
Jim Vogel Ten Years is a Long Run…
Browse Our Archives
Related posts from The Crescat

Catholic
Oh, you're still single. Let me fix that...
The Crescat
TRENDING AT PATHEOS Catholic