I Do Not Deserve Happiness…

… I got asked that question again, that well meaning question divorced women typically get from close friends and family (and nosy strangers too) concerned for her well being…

Don’t you want to get remarried?

Depending on my mood my answer ranges from of course I do to hell no or, more often than not, mind you’re own damn business.

What I find interesting is that almost always their reply to my response is to try so-and-so online dating site. Because you can buy anything off the internet, hadn’t I heard?

Then there’s this back and forth about the merits of dating online, I share some personal horror stories, we have a laugh, and hopefully the well meaning individual has the good grace to change the subject.

Unfortunately sometimes they do not.

Even when I tell them I don’t think it’s prudent for single women who have children to be dating.at.all. Still they press on. 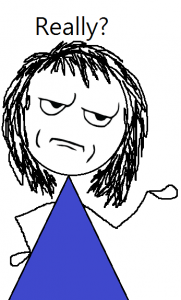 First of all my happiness does not, and should not, depend on the presence of a man in my life. I had a man in my life once and we were perfectly unhappy, thank you very much. The mere presence of a man is no assurance of happiness; just ask any miserably married individual or women who settled just for the sake of not being alone. Don’t you see how objectifying that is to other individual, whose sole purpose has now become your happiness? Secondly, how dare you assume I’m unhappy.

Also my happiness does not effect my parenting. You sound like a person whose never willingly sacrificed anything for the sake of another when you say stupid shit like that. Parents go without all the time for their children, happily so I might add.

And are you implying that the millions of people living with depression are shitty parents, cause that’s what it sounds like. Or maybe you mean that in order to be a good parent I should have only one range of emotions, happiness.

Would you say you deserve anger? You deserve sadness? You deserve fear? No? Than why in the world would you assume you deserve happiness? Because happiness makes us feel good and any other feeling contrary to feeling good is just an annoying byproduct of our humanity? It makes no sense.

It sounds pathologically needy to say we deserve happiness.

You say he should have a father. Yes he should, and he does already. His father has just elected to not be in his life. Even if I went out tomorrow and found a suitable “replacement”, nothing will change the fact that his own biological father has decided to neglect his responsibilities. You grossly underestimate the role of fatherhood by making the suggestion that I should just go out and find a replacement.

And what of safety? Not to imply that I don’t trust men, I just don’t trust any stranger from online. Especially strangers who send me emails offering to take my son fishing or be that manly influence in his life. I suppose some poor overburdened woman might find these solicitations attractive but I found them utterly creepy.

But by all means, let me risk my own’s son safety so I can be free to seek after my deserved happiness and, you know, be a better mother.

Really if I could get people to stop saying just one thing to me, and to other women as well, it would be that line about deserving happiness and that happy moms make better moms.

Happiness, as an emotion, is as unreliable as infatuation or lust, those early stages of courtship. I would never suggest any person base their decision making on something as arbitrary as happiness. What makes you happy now (a new romance) may not in six months time.

July 9, 2015 I don't even know why we're still shocked by anything the Pope does...
Recent Comments
0 | Leave a Comment
Browse Our Archives
Related posts from The Crescat

Catholic
How to Tell You're Dating a Loser...
The Crescat
TRENDING AT PATHEOS Catholic