No. Empatic no. It doesn’t fit Obama’s race baiting narrative.

These two recent crimes are not being handled or reported for what they are… hate crimes. In this effed up world a rodeo clown wearing an Obama mask is a hate crime that requires sensitivity training. But when black teens senselessly beat an elderly white man (which, btw, illustrates that fists can be weapons constituting the use of deadly force in self defense *cough* Zimmerman) and shoot an unarmed white jogger we are expected to view these incidents as “random”. I call bullshit. “Random” has become the police and media’s code word for “black on white crime” because it’s racists to say blacks can be racist. It’s only news worthy when it’s white racism. And even then it’s ok for blacks to retaliate with riots and more violence.

Notice something missing? The physical description of the assailants. But by God and country, when Zimmerman shot Trayvon the media gymnastics required to spin a Hispanic male into some secret Klan member, white supremacist was mind blowing. Yet when the victim is Caucasian this little nugget is not even deemed worthy of reporting.

Meanwhile, Oprah falsely accuses some poor store clerk in Switzerland of refusing to sell her a gazillion dollar diamond studded purse and the media drops the “R” word without an once of impunity. It didn’t take a minute of investigative googling to discover this is the second time she’s made false accusations; each accusation perfectly timed with the release of a movie. Movies about, you guessed it, racism.

But what are the lives of two white people compared to the injustice of being denied a handbag? I know… let’s ask that champion of race relations and human rights, Jesse Jackson.

I suppose this makes me a racist for pointing out the obvious. 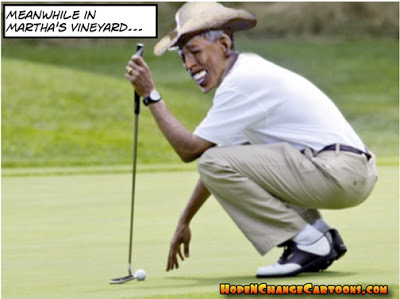 Now you can all go back to being properly distracted by Obama’s new dog or Ben Affleck or something.

August 26, 2013 M is For "Monday" and "Magnanimous" ...
Recent Comments
0 | Leave a Comment
"Pithy and so, so, true. If it were possible, I'd post a million of these ..."
Vicky Hernandez #whyIstayed Why Women Stay In Domestically ..."
"All the best to you, Katrina! We'll miss you. Thanks for sharing your journey with ..."
Lori Ten Years is a Long Run…
"Bon voyage on your new endeavours. And thank you."
Cordelia Ten Years is a Long Run…
"I will miss your unique, funny, honest voice. Thank you for all the years of ..."
Jim Vogel Ten Years is a Long Run…
Browse Our Archives
get the latest from
Catholic
Sign up for our newsletter
POPULAR AT PATHEOS Catholic
1