Obama claims ISIL speaks for no religion. Then what’s the “I” in “ISIL” stand for…

… In another mind blowing attempt to kowtow to Islam, our president goes deeper in denial for the sake of multiculturalism and diversity.

This is completely reprehensible and irresponsible. To say that “no religion” speaks for ISIL is an outright lie that I don’t think anyone can possibly believe. What exactly does the “I” in “ISIL” stand for then?

The Islamic States is just that, Islamic. ISIL has all the trademarks of the past 1300 years of post-Mohammedan culture – Piracy, theft, slavery, torture, and genocide.

But don’t tell that to the president.

"ISIL speaks for no religion. Their victims are overwhelmingly Muslim, and no faith teaches people to massacre innocents." —President Obama

and yet, from the Koran …

■ Slay the unbelievers wherever you find them(2:191)
■ Make war on the infidels living in your neighboorhood (9:123)
■ When opportunity arises, kill the infidels wherever you catch them (9:5)
■ Kill the Jews and the Christians if they do not convert to Islam or refuse to pay Jizya tax (9:29)
■ Any religion other than Islam is not acceptable (3:85)
■ Maim and crucify the infidels if they criticise Islam. (5:33)

I’ve said it before and I will say it again – Obama’s sympathies for Islam and his connections to the Muslim Brotherhood are incompatible with the job of presidency.

The only thing this president seems to be able to do with any ounce of efficiency is make his tee time.

A screen grab from the New York Times, before they realized the irony and reworded the title. 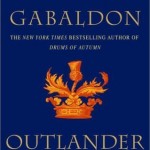